July 24 2015
87
Today received its continuation история with dismantling works, as a result of which Soviet sculptures "On Guard of the World", "Student Youth", "Construction and Industry" and "Agriculture" were removed from the Green Bridge in Vilnius. As is known, the Lithuanian authorities declared that these sculptures evoke Lithuanian associations with the “occupational Soviet past.” And if, after dismantling, flowerpots first appeared on the pedestals, now the places on the bridge decided to take a fancy and exposed residents of the Lithuanian capital.

Lithuanian photographer Gabrielys Kiterer on the pages of the online edition Delphi presented a photo session of two naked girls, who, judging by the ears in their hands, decided to take on the role of living sculpture, telling that Lithuania is actually ready to exchange their agricultural industry. 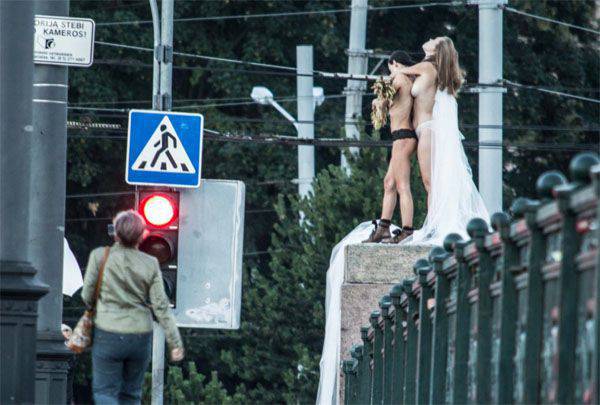 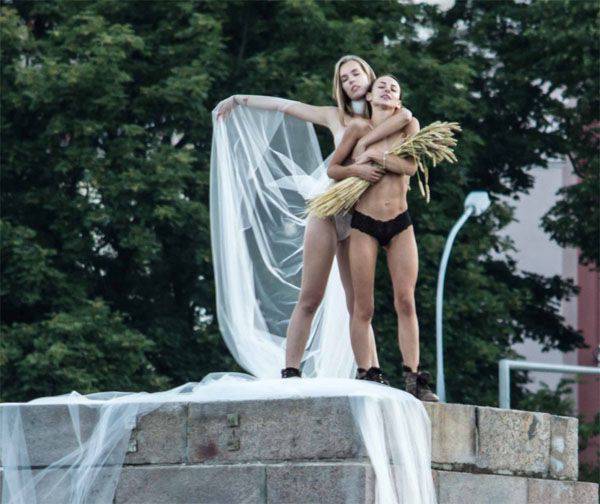