French MP: We saw a happy people who live in Crimea and returned to Russia

July 24 2015
77
Recently, a delegation of French parliamentarians visited Crimea and walked along the embankment of evening Yalta and talked to Crimeans and guests of the peninsula, reports RIA "News". 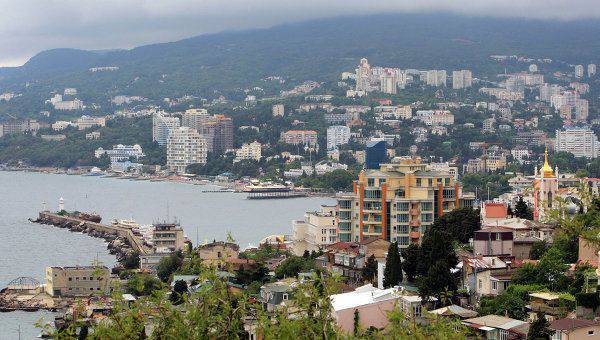 French deputies walked several kilometers through the city, accompanied by the speaker of the State Council of Crimea, Vladimir Konstantinov and a group of journalists, stopping to talk and take pictures with people walking. Some of the parliamentarians even bought a t-shirt with a Crimean theme.

“We saw a happy people here who live in the Crimea and returned to Russia. We talked here with young people. A picture of an amazing difference with what is shown here (about the Crimea). I encountered such a cordiality here. We had a completely different picture of the Crimea, ”MP Mary Christine Dalloz told about her impressions.

According to the French delegation, they did not expect to see such a large number of tourists in Yalta. After a walk through the city, the deputies went to the Livadia Palace, where they were given a small tour.