Coal do not want?

July 27 2015
80
For a whole month in the press there is a dispute about Russian gas and its need for Mother Europe. Some analysts say that the European Union in the near future will live without Russia and its gas, others, on the contrary, vigorously declare the forthcoming increase in the volume of Gazprom supplies to Europe. Still others argue that the gas industry in Russia will soon be eaten by Washington, which is preparing not only to supply LNG to both Asia and Europe, but also to influence the global energy market. 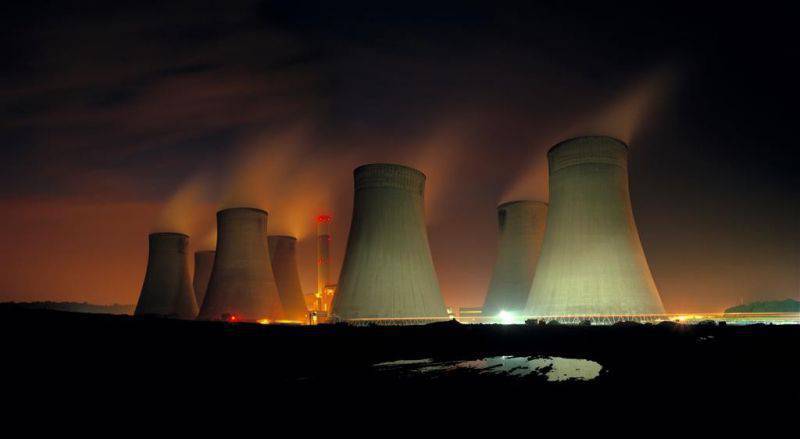 In June in the newspaper "Vedomosti" An analytical article was published by economist, director of the Institute for Energy Efficient Technologies in Construction Vladimir Sidorovich. He talked about why and when Europe can do without Russian gas.

Economist cited a number of indicators. First, Europe is now dependent on Russian natural gas: according to Eurogas, the share of blue fuel from the Russian Federation in the EU’s gas supply is about 27%, and in gas imports - 40%. Germany, Italy and Poland consume in aggregate 60% of Russian gas (Germany dominates with a share in 33%).

In Europe, the expert points out, electric power industry is not the main field of application of Russian gas. In the same Germany 85% of consumed natural gas is used for heat production. And here you need to know that, unlike the power industry, where a limited number of large entities operate, and therefore changes can take place there relatively quickly, “it is impossible to reformat the heat supply system of tens of millions of households”.

However, the trend of replacing heating equipment that burns hydrocarbon fuels is obvious now, the author believes. The European authorities have planned a reduction in energy consumption in the building segment: CO2 emissions should be reduced by 2050 by 88-91% compared to 1990, thanks to stringent energy efficiency requirements for new buildings and energy sanitation of the existing stock. As a result, the volume of natural gas consumption in the European utilities sector will steadily decline, the economist concludes.

According to the study "Replacement of natural gas by forced energy turnaround", conducted by the Fraunhofer IWES Institute, it is even possible to abandon natural gas. If developed in accordance with current legislation, gas consumption in Germany can be reduced by 24% to 2030 g. And by 42% to 2050 g. And in the case of a “forced scenario”, consumption can be reduced to 2030 g. By 46% and to 2050 g - by 98%. According to the expert, the volume of future gas use is unlikely to require substantial participation of Gazprom.

As we see, the environmental component can influence the consumption of Russian gas by Europeans, and with it the legislative component. It is possible and not to believe in the “forced” scenario, however, even without an ecological “afterburner”, the volumes of gas purchased can be significantly reduced. However, forecasts often do not coincide with what is actually happening. In the end, while we deal only with plans.

There is another component of the "gas attack" - the political (it’s competitive). And this danger to the Kremlin, which is building a “bright future” for the export of raw materials for itself and for Russians, should not be underestimated.

In early July, in a reputable magazine "Expert" An article by Sergey Manukov was published under the heading "Washington threatens the gas hegemony of Russia in Europe."

In the underground rocks in the east of the United States there are large reserves of natural gas, which the American power engineers extract using hydraulic fracturing. With reference to the OZY website, an analyst indicates that gas can be sent to Europe for the first time. Some experts believe that American gas may lower the price of Russian gas by 40 percent. And the White House thinks that, simultaneously with the fall in oil prices, the cheapening of gas will kill the Russian raw materials economy. As a result, America will receive dividends in the geopolitical arena. Washington is not going to become the main supplier of gas for the Old World, but is in a hurry to join the ranks of those who are able to influence the energy markets of the planet.

Russia, as OZY believes, is already facing the threat of losing the gas monopoly in Europe. Politics also intervenes in the economy: the desire to get rid of the strong dependence on Russian gas from Europeans has grown stronger because of events in Ukraine.

The article also states that the United States is building five export terminals for liquefied gas on the Atlantic coast, and the first will start operating in the 2015 year. The export potential of the United States (by 2022 - 0,07 trillion. Cubic meters of gas; data from the US Energy Information Administration) will make it a major global gas supplier. Approximately half of the tankers with American LNG are reserved for Asia, but the rest can go to Europe, said Jonathan Stern, chairman of the gas research program at the Oxford Gas Research Institute. And several European companies have already signed contracts for the supply of LNG from overseas.

The political component manifests itself on the other hand, the Ukrainian one. And at the same time and Brussels.

Russia's plans to refuse gas transit through the territory of Ukraine are unacceptable for Brussels, said the vice-president of the European Commission for the Energy Union, Maroš Shefchovich. About this 15 July reported newspaper "Sight".

“If you look at the construction and proposals (for the construction) of gas pipelines, one of the goals is to make the Ukrainian transit system less relevant or to cut off supplies through Ukraine completely. This would have very negative consequences for energy security in Europe, because Ukrainian transit is very important, it is the largest, it’s 140 billion cubic meters a year, ”she quotes RIA“News". He also said that the EU gas transmission systems are fully compatible with the transit of gas through Ukraine.

19 July at "Russian newspaper" An interview with the Minister of Energy of the Russian Federation Alexander Novak. It seems that the Minister was skeptical about the environmental plans of European countries, including Germany, implying a strong reduction in natural gas consumption.

The correspondent asks: “Germany this year has significantly reduced gas purchases. The EU has long been moving towards an alternative fuel. How will falling demand affect our economy? Did you analyze the new signals? ”Alexander Novak gives an optimistic answer (we quote):

“Undoubtedly, gas consumption is affected by increased energy efficiency, lower energy intensity. However, in the calculations that experts make, they estimate consumption, we still see that gas consumption in Europe will grow as the economy revives. According to our calculations, about 100 billion cubic meters of fuel will be additionally consumed by Europe.

And its import dependence on gas will grow due to the fact that its own production at the fields is decreasing. By the way, this is one of the reasons why the question of the construction of the third and fourth line of the gas pipeline with a volume of 55 billion cubic meters through the Nord Stream has again arisen. Now begins the study of a new project, its feasibility studies. ”

Such gas optimism is somewhat surprising. Truly, Russia, apparently, has no future but to trade in raw materials in infinitely increasing volumes! And will the political situation really not affect the brisk gas trade?

“The peak of gas consumption in Europe was in the 2010 year. Since that time, gas demand in the Old World has decreased by 25 percent - by 100 billion cubic meters. Both due to the fall in economic growth and due to the fact that all new energy-saving technologies are being introduced. New homes in the EU often require very little heating. That is, the gas to the "communal" goes less and less. Therefore, I do not share the optimism of the Russian Minister of Energy. In the future, on the contrary, gas consumption in the EU will decrease. ”

This is not all. Sergey Pikin believes that Europe is consistent in its desire to diversify gas purchases. The first sign here can be a gas pipeline from Azerbaijan through Turkey. You can not discount and increase the supply of LNG. Finally, it is also important that Europe is trying to develop an internal gas transmission system, thanks to which it will be able to transfer gas from Central and Western Europe towards Eastern Europe, which is highly dependent on Russian gas supplies through Ukraine.

The expert has an answer to the question about the closure of nuclear power plants in Europe: “Instead of them, coal stations will be used more. And, by the way, a lot of coal is bought for them in Russia. In this sense, things are going quite well in the coal industry. ”

According to Pikin, the situation for Russia is “complicated”, besides gas prices “continue to fall”. There are great losses in the Ukrainian market: if in the 2013 year, the Russian Federation supplied about 26 billion cubic meters of gas there, then in 2014, the figure fell almost twice - to 14 billion cubic meters of gas. This year will probably be even smaller. All this is billions of dollars, which the Russian budget “loses”, the expert notes.

Thus, we add, in conclusion, a catastrophe for the Russian Gazprom, which is oriented towards Europe, in the future may be three decisive factors: environmental, competitive and political. The first means a quick and effective reduction of the energy intensity of the European heat supply system, the second means competition for gas consumers between the US and the Russian Federation, the third means the desire of the European Union to diversify gas suppliers by any means, including because of the Ukrainian crisis.