Updated Defense of the North Caucasus 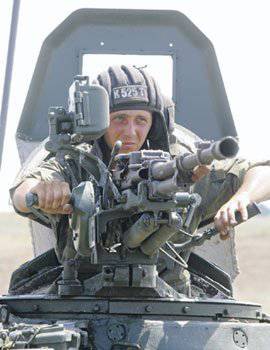 The generals reported on the almost complete rearmament of troops in the region.
The Russian Defense Ministry reported about the almost complete rearmament of military units stationed in the south of the country. The total costs of militarizing the region over the past 10 years, as a rule, were significantly ahead of economic investments in the North Caucasus. However, over the past two years, the rate of rearmament of military units and formations was apparently the highest for the entire post-Soviet period. history.


As the Information Support Group of the Southern Military District (SKR) reported recently, “as a result of the intensive supply of weapons and military equipment (IWT), the fleet of combat vehicles of the district was updated by more than 70%. For the 2010 – 2011 years, the Southern Military District troops received more than 7000 units of new weapons and military equipment ”.

Meanwhile, according to the official data of the Ministry of Defense, as a whole for the armed forces "the share of modern weapons in the existing arms fleet is about 20% for strategic nuclear forces and does not exceed 10% for general forces." The State Arms Program for 2011–2020 plans that only after 10 years will there be new weapons and military equipment navy will make up 70%. But in the Southern Military District, this level of new weapons, it turns out, already exists. South-Eastern Military District by the size of the territory is the smallest in Russia. However, the density of troops is the most intense. Now it has become the most advanced in terms of equipping new species weapons. As can be seen from the information on Southeast Military District, “today they are completely rearmament Tanks T-90A, BMP-3 infantry fighting vehicles and BTR-82A armored personnel carriers, motorized rifle formations in North Ossetia and the Volgograd Region, as well as tank battalions in Dagestan and Abkhazia. The new evacuation vehicles (BREM-L and BREM-K) will receive at their disposal units of the Marine Corps of the Black Sea Fleet and the Caspian Flotilla. ” As you know, it is these formations that are responsible for military security in the Caspian and Black Sea strategic regions, near which there are important points for oil production and transportation, as well as the construction of facilities for the upcoming 2014 Winter Olympics in Sochi.

Not disregarded and units deployed in other regions, including hot spots in southern Russia. Sources in the Southern Military District reported that “on these days, trains at the unloading station arrived with T-72 BM tanks with modernized cannon-guns for tank units deployed in the Stavropol Territory and the Chechen Republic.” There is no big secret in the fact that a motorized rifle brigade is stationed in the Stavropol region in Budennovsk, and in Chechnya on a permanent basis there are three such teams at once. Until recently, the number of tank divisions in connection with the implementation of the Treaty on Conventional Armed Forces in Europe (CFE) in them was limited. Now it seems that when Russia introduced a moratorium on compliance with the CFE Treaty in July 2007, the upgraded T-72 will flow into land forces of the Southern Military District in large quantities, increasing their fire and impact power.

Lieutenant-General Yuri Netkachev, who once commanded an army in the North Caucasus, told NG that “the arrival of new types of weapons and military equipment to the south of Russia is fully justified.” He does not consider excessive militarization and equipping the Ground Forces with tank battalions. “Militants are trying to unleash a real war in the regions. Therefore, we must fight with them in a modern way, ”the expert argues. Although Netkachev is worried by the fact that against this background, the federal center clearly pays less attention to the socio-economic development of the Caucasian republics.