Federation Council of the Russian Federation: Dutch authorities are preparing "reasonably" to raise the issue of the extension of EU sanctions against Russia

July 22 2015
27
Andrei Klishas, ​​Chairman of the Federation Council of the Russian Federation on Constitutional Legislation, stated that the Netherlands’s intention to launch the process of creating an international tribunal for the Malaysian airliner crash in eastern Ukraine is due, among other things, to the need to provide a justification for extending sanctions against Russia. 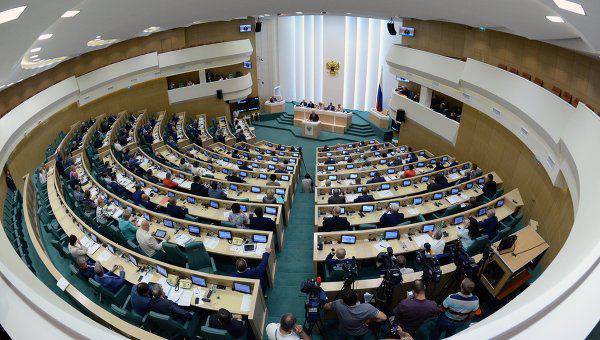 “Since from January 2016, the Netherlands will chair the EU Council, the authorities of this country are already preparing to“ reasonably ”raise the issue of extending EU sanctions against Russia,” the RIA said. "News".

“In the text, we note that the calculation here by the initiators of the international tribunal is simple: the authorities of the Netherlands will raise the question of the establishment of an international tribunal before the UN Security Council, whose prerogative is the creation of such a tribunal. It is clear that in the presence of such “inaccuracies” in the case, Russia will speak in the UN Security Council against this initiative, which will immediately be used by the authorities of Ukraine, the Netherlands and other countries as a pretext for accusing Russia of not interested in clarifying the circumstances of the tragedy, ”the Russian senator said.

According to him, in this regard, there are questions about the establishment of the tribunal against the background that the results of the investigation have not yet been made public.

“It’s not clear how you can rely on the results of the investigation if its process itself raises concerns about the contradictory actions (and inaction) of those who conferred on themselves the right to investigate the circumstances of the disaster,” Klishas said.

According to the senator, in such cases, the rules of the convention on international civil aviation from 1944 year.

Klishas stressed that the crash of the Malaysian aircraft "does not affect Russia in any way" and its interests - since it did not happen on Russian territory, the airliner did not belong to it, and the citizens of the Russian Federation did not suffer.

"At the same time, the authorities of the Netherlands and their allies want to" force "Russia to cooperate on pain of the establishment of an international tribunal," he concluded.