The world on the way to the First World War. Part of 4

October 26 2011
1
The Emperor of the German Empire and King of Prussia William II (15 June 1888 - 9 November 1918), finding himself on the throne, made a series of mistakes that led to a new cooling of relations with Russia.


Apparently in many respects, this was due to the severe injuries that he received at birth. Physical defects led to the deformation of the psyche of the future emperor. Since childhood, he had noted stealth, irritability, flashes of rage, a tendency to impulsive decisions, touchiness. At the same time, in the struggle with his physical disabilities, he was able to cultivate greater willpower and became a person not subject to any authority.

Therefore, Bismarck was not an untouchable authority for him, whose opinion must be listened to. He considered his custody humiliating. In 1890, Count Shuvalov arrived in Berlin to extend the “reinsurance contract”, and St. Petersburg was ready to extend it by 6 years, and the Russian side made it clear to Berlin that this treaty could become the basis of a solid bilateral alliance. Bismarck was not against such a union. But Wilhelm blamed him too much on “Russophile politics” and Bismarck was dismissed. 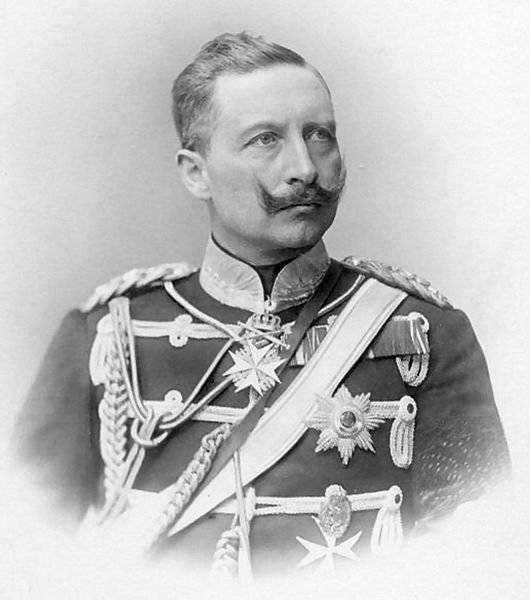 Reichskanzler was appointed Leo von Kaprivi, who began to pursue the "new course". The essence of this course, in foreign policy, is the rupture of allied relations with the Russian Empire and rapprochement with Great Britain. Count Kaprivi believed that cooperation between the Teutons and the Slavs was "historically inappropriate", because the German people have a "people's psychological need for war with Russia."

Therefore, the new Reich Chancellor broke the "reinsurance contract", negotiations with Shuvalov were interrupted, the Russian diplomat was sent home. In St. Petersburg, they took this step as a “blow to the face”.

The Kaiser’s symbolic gesture made the situation even more complicated, as during the visit of the English Prince Edward to Germany, the German emperor made the following toast: “The English fleet together with the German army will ensure universal peace”. Given the tensions between St. Petersburg and London, it was very short-sighted.

In addition, St. Petersburg received information about the establishment of the Triple Alliance (Germany, Austria-Hungary, Italy), directed against France and Russia. 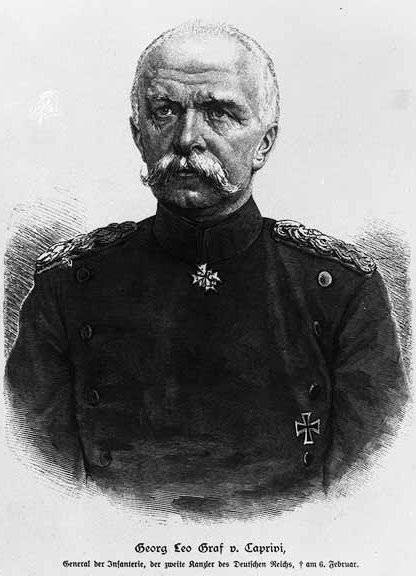 Petersburg responded with an alliance with France. Already in the summer of 1891, the first agreement was concluded. Paris happily seized on the outstretched hand, since it was in international isolation - Germany, Austria-Hungary and Italy were open enemies, relations with Great Britain were very tense. The German Empire hung over France and was ready for war at any time, an alliance with the powerful Russian Empire, gave good chances for victory. In St. Petersburg, they looked at this union from the point of view of restoring the balance of power in Europe.

Cooperation in the field of finance began even earlier - Russia needed loans for the development of industry and the construction of railways. The Russian government in 1888 made its first loan in France, followed by new substantial loans in 1889, 1890, 1891. In 1888, Petersburg placed an order in France for the manufacture of 500 thousand rifles for the Russian army. French loans were used for the construction of the Trans-Siberian Railway. In August, 1892 entered into a secret military convention. The parties pledged to provide mutual support in the event of an attack by the German or Austro-Hungarian empires on Russia or Italy and Germany on France. Paris pledged to mobilize the war with Germany, if Berlin starts a war with Russia, 1,3 million soldiers, St. Petersburg promised to put 700-800 thousand people against the Germans, if the German army hits the French. Thus, Germany was forced to fight on two fronts at once. Petersburg finally approved the military convention in 1893. The contract was indefinite.

Then Petersburg to the alliance with France and then England chained new loans - in 1894, 1896, 1901, 1904, etc. If Russia was originally the leader of this alliance (under Alexander III), then the debt was several billion, according to Stalin's expression, "chained tsarism to Anglo-French imperialism." 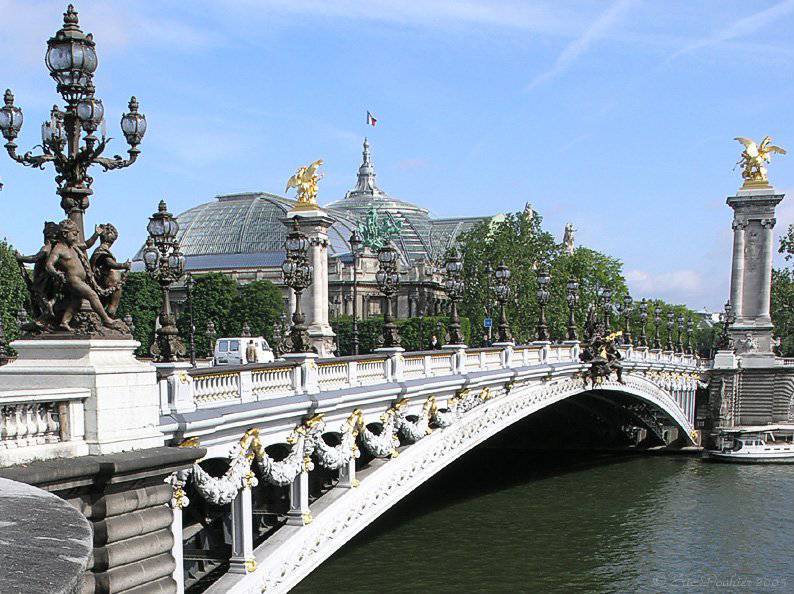 The bridge of Alexander III in Paris, was laid by the emperor Nicholas II

Berlin did not maintain allied relations with England for a short time, it soon became clear that it was London that was the main competitor in the struggle for world leadership. During the Boer War of 1899-1902, Wilhelm supported the Boers, held several anti-English demonstrations, and even raised the issue of accepting Boer republics (the Republic of Transvaal and the Orange Republic) under the German protectorate before the State Council. But such a move automatically led Germany to war with Great Britain, and it was possible to fight the British only with a powerful Navy, which could withstand the British Navy, transfer expeditionary forces and guard naval communications. And such fleet the German Empire did not have.

Germany begins to build up its naval forces, as early as March 28, the First Marine Law was adopted on March 1898. According to it, the construction of a qualitatively new German fleet, designed not only to protect its own shores in the North Sea and the Baltic, but also for vigorous activity “on the expanses of the World Ocean”, was provided for. According to him, 1903 planned to build 7 battleships, 2 battlecruisers and 17 small cruisers.

Berlin is trying to gain a foothold around the globe. After the defeat of China in the war with the Japanese Empire in the 1894 — 1895 war, Berlin decided to create its stronghold in Chinese territory. In 1896, Admiral Alfred von Tirpitz, arriving in China, chooses the Jiaozhou area on the Shandong Peninsula as a suitable place for the German naval base. But the Chinese refuse to lease the territory on a long-term lease. Then in the 1897 year, the Juye incident was used when 2 German missionaries were killed in Jiaozhou. Berlin sent a squadron to the Chinese coast and, under the pretext of protecting the Christian population, put forward an ultimatum to the Chinese government on the transfer of this territory to Germany’s rental for 99 years. The Chinese were forced to cede - the city of Qingdao, became the capital of the new German colony and the base of the German East Asian squadron.

Berlin is increasingly inclined to war for the redistribution of spheres of influence in the world, Bernard von Bülow, who was appointed Foreign Minister Bernard von Bülow (he becomes Reich Chancellor in 1897) in 1900, declared the following in parliament: “The time when the Germans left the German Empire leaving for neighboring states , and left in their property only the sky above his head, ended ... We are not going to keep anyone in the shade, but we ourselves also demand a place under the sun. ” 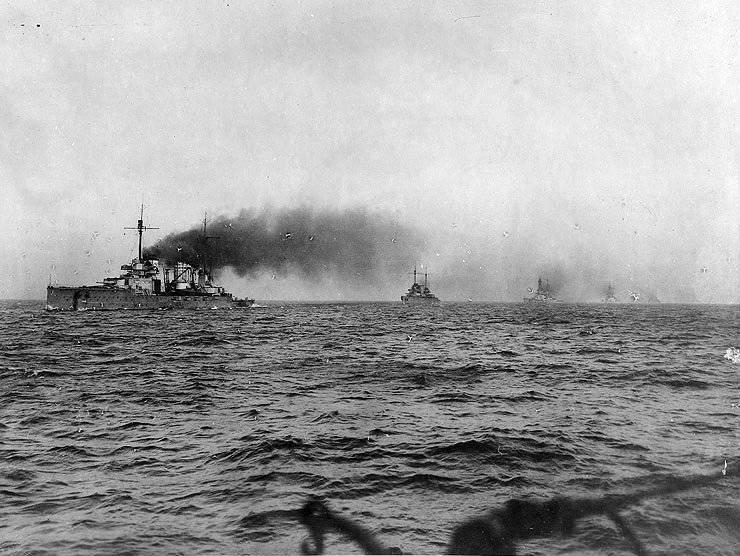 The Armenians at that time made up a significant part of the population of the Ottoman Empire, settling territories from modern Armenia to Syria. Istanbul did not carry out the reforms promised at the Berlin 1878 Congress of the Year. The constant complaints of Armenians, their appeals to the great European powers, who were the guarantors of the changes, irritated Porto. Istanbul considered that the “Armenian question” could be used for the collapse of the remaining part of the empire. As previously used "Greek", "Bulgarian", "Serbian" questions.

In 1894, there was a massacre of Armenians in Sasun (this is a mountainous region in southern Turkey in the system of the Armenian Taurus). Russia, France and England express a joint diplomatic protest. Sultan decided that this interference in the internal affairs of the empire and responded by tightening policies towards the Armenians. Istanbul pitted Kurds against Armenians, pursued a policy of kurdization of Armenian lands. The Hamidi (Gamidia) troops were against the Armenians; they were well-armed irregular Kurdish cavalry units operating in the eastern regions of the Ottoman Empire. They were named after the sultan who created them in the 1890 year - Abdul-Hamid II (reigned in 1876 — 1909). Regular Turkish troops, police, fanatics-soft (young people at the age of 12-25 who devoted themselves to spiritual education) also took part in the ethnogenic. In total, mass slaughter of Armenians and other Christians of the Ottoman Empire was killed, according to various estimates from 80 thousand to 300 thousand people. Another 100 thousand people fled to Russia, Bulgaria, Egypt.

According to the recollections of eyewitnesses, Armenians were cut like sheep, hung upside down, skinned, cut into pieces, set on fire in houses, or poured with kerosene, buried alive, shot, tied up in groups of 50 people. Neither pregnant women nor children were spared, it was a real genocide on a national and religious basis.

Russia refrained from intervening unilaterally, the 1878 wound of the year was still fresh in the memory. Together with Paris and London, diplomatic pressure on Istanbul, they were able to stop the slaughter. For the first time in the world stories An international commission was formed to investigate crimes from representatives of England, France, Italy and Russia (St. Petersburg was represented by a prominent Russian lawyer, F. Martens). Martens proposed, on the basis of the material studied, to create a legal basis for the international legal assessment of such crimes. But Western countries refused to take such a step and impose sanctions on Istanbul.

Germany at this time took a special position. Berlin did not join the diplomatic protests, speaking as the "only friend" of the Sultan. Abdul-Hamid thanked the Germans - a project was adopted for the construction of a railway that was supposed to connect Berlin, Vienna, Istanbul and Baghdad. This project riveted Turkey to Germany and gave great economic benefits to the Germans.

In the 1899 year, after visiting Wilhelm II in the Ottoman Empire, the head of Deutsche Bank Siemens put his signature on a preliminary agreement on a concession for the construction and operation of the main route of the Baghdad railway - from Konya through Baghdad to the Persian Gulf. In 1903, the concession was finalized. By 1906, the German builders built the Izmit-Eskisehir-Konya-Eregli line (about 900 kilometers) with the Eskisehir-Ankara branch (263 kilometers). This project caused great concern to Russia - in the case of the development of the northern variant, the Turks could send troops by rail to the Caucasian border with the Russian Empire. And England is a danger to its sphere of influence in Egypt, Persia and India.

Wilhelm declared themselves "friend and patron of all Muslims." It also irritated England, France and Russia. The Ottoman Empire eventually became a "friend" of Berlin and in the First World War took the side of the German Empire.

At present, the world community has quite firmly forgotten the fact that Russia, at that time, was the first to attempt to organize general “disarmament”. In May-July, 1899, at the initiative of St. Petersburg, the Hague Conference was convened. It was attended by 26 countries. Her chairman was a prominent Russian diplomat and statesman Baron Yegor Egorovich Staal.

Russia proposed to reduce armaments and develop mechanisms for international arbitration and the peaceful settlement of conflicts. The then "predators" found such proposals absurd. Russia and Nicholas II just laughed. In the end, it all came down to formal words in support of "peace." Three conventions were adopted: On the peaceful solution of international conflicts; On the laws and customs of land warfare; On the application to the sea war began the Geneva Convention 10 August 1864 year. On 5 for years, bombing from balloons and similar new methods was forbidden; banned explosive bullets and shells with chemical weapons. 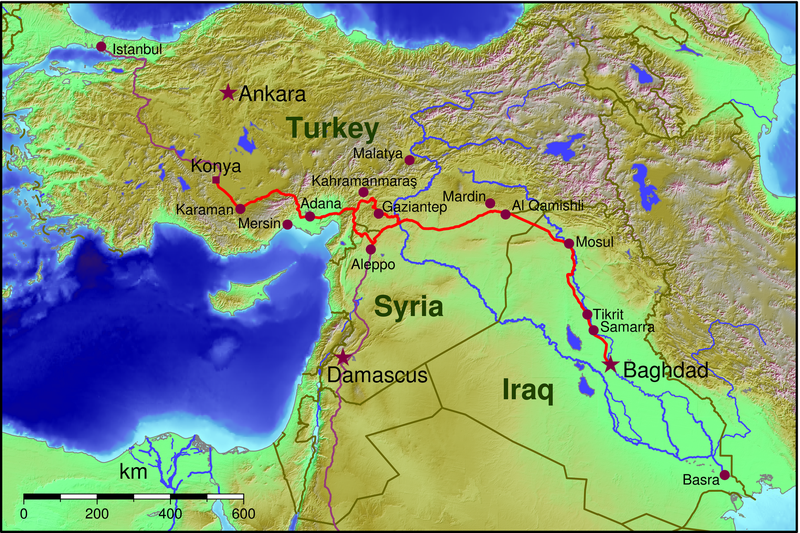 The route of the Baghdad railway.

We are in Yandex Zen
"Iron Chancellor" Otto von Bismarck
Bismarck Hunt (May 1941)
1 comment
Information
Dear reader, to leave comments on the publication, you must to register.