Anti-Russian propaganda of the US Embassy in the Russian Federation

July 23 2015
79
And why is this “barbaric Russia” (© Michael McFaul) not in awe and trepidation at the moment when the most democratic democracy in the world (USA, of course ...) tries to instruct the “Russian barbarians” on the right path? .. And why, as soon as in Russia, the combination of the words “John Tefft - US Ambassador” is heard, most people who are familiar with geopolitics have a steady desire to look into this gentleman’s eyes and ask: “is it still the Maidan? ..” 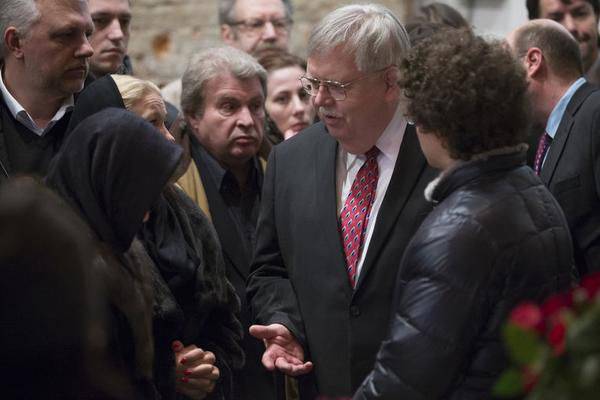 Answer the question "why?", In principle, it will not be any difficulty if you turn your attention to those publications that representatives of the American diplomatic mission leave the web. As one of the items to consider it is worth taking the official pages in the social networks of the American Embassy in Russia. Even a quick acquaintance with the official Twitter page of the American Embassy in the Russian Federation is enough to understand the direction of the information work of the American diplomatic mission in the Russian Federation. However, to skim to consider to anything, and therefore more ...

The first thing that catches the eye is the mass of so-called retweets by the American embassy of those Twitter posts in which this or that “specialist” (western, of course) describes in paints that it is Russia and the “pro-Russian separatists” who are responsible for the MH-17 crash. in July last year near Donetsk. These posts are either displayed as published by the authors (in English), or for accessibility to the Russian audience, translated into Russian. And a person who, for one reason or another, is not familiar with the situation of delaying the investigation of the Malaysian Boeing-777 catastrophe, already minutes through 10-15 after becoming acquainted with the Twitter page of the US Embassy in Russia, may be under obvious propaganda influence. Evidence and facts, as always in the western case, are zero, but there is plenty of foam at the mouth of those who call Russia the culprit for the tragedy. What is this clumsy propaganda used for? .. Well, it’s as clear as day to see that as many people as possible appear in Russia who believe in these tales about a white bull, and then the psaki replacement in the State Department could refer to Internet publications as the “next evidence of Russia's involvement” in the MH-17 crash.

Another direction of Twitter publications by the US Embassy is “Russian aggression in Ukraine, the actions of Russian troops in the Donbas.” Attention is drawn to the fact that Mr. Tefft’s offices do not publish such tweets on their own behalf, but are engaged in retweeting (actually copying other people's publications). Like, well, see for yourself - this is “everyone knows”, and Russia denies everything and denies.

An example is the retweet of Will Stevens’s publication (representative of the US embassy), who himself cites materials from the absolutely propagandist book “The War of Putin against Ukraine” by the authors Chupersky, Herbst and others - a little book full of distortions of facts and wishful thinking. 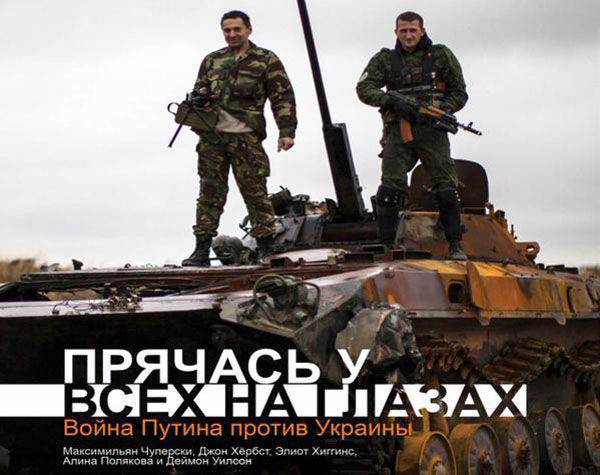 It turns out this way: some of the grants in the booklet write and publish a considerable number of copies (in Russian too), others refer to it, others copy the second reference, but in the end everything turns out to be on the official page of the US Embassy in Russia as “just another proof”. This is a vivid example of a disinformation carousel with cross-references, ultimately relying on a frank juggling of facts and the attraction by the ears of those who can play a positive role for the department of the same Tefft.

So, the promoted slogans: "Russia is involved in the collapse of Boeing near Donetsk", "Russia is at war with Ukraine." But that's not all. The listed agitational theses are interspersed on the Twitter page of the US Embassy in Russia with information about the “social” programs that are being held under the wing of John Tefft. One of these projects is environmental. Well, at least, it is precisely the environmental representation of the United States that positions it. You can try to guess exactly what region for the "environmental protection" elected by the project leaders? Of course, this is the Arctic ...

The project of cooperation in the Arctic is moving along Greenpeace. The US Embassy provides a link to US Department of State official blog, which opens the material of a person with a talking name - Steve Money (Steve Money). The article says that everyone forgot a little about the environmental problems of the Arctic region, and the United States ... did not forget. It turns out that the United States and "some other countries" are concerned about global climate change, and they want economic problems not to be solved at the expense of the environment. " Striking hypocrisy ... After all, the state’s foreign policy department, which was the only one in the world that had not ratified the Kyoto Protocol (agreements on reducing the amount of greenhouse gases emitted into the atmosphere from the state’s economic activity), writes about concern about attempts to solve economic problems at the expense of the environment. For reference: the neighbor and loyal vassal of the USA, Canada, has left the protocol altogether. Interestingly, Greenpeace is damned that the US has not ratified the Kyoto Protocol, but Greenpeace is “along with the US” concerned about “someone's” economic activity in the Arctic ... Hypocrisy in the square!

By the way, along with their own "activists", the Russians are also involved in the "arctic" project, which ultimately seems to repeat the "feat" of Greenpeace, who tried to block the Russian oil-producing platform. 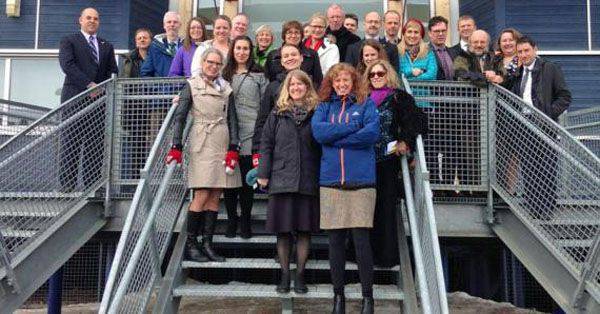 What else does the reader propose to “find out” the US embassy in the Russian Federation? Here are just a few headlines. publications and retweets in the official embassy Twitter:

Ukraine is open for business.

Violations of the rights of the Crimean Tatars and those who do not support the de facto regime in the occupied Crimea require our constant attention.

A court in Donetsk or a court in the Kremlin: what sentence is Moscow preparing for a Ukrainian soldier?

All big business in Penza is controlled by the FSB, and the police are smaller in enterprises.

The hardest thing in Russia is that there is no justice, that you cannot prove your innocence

If this is not propaganda using an administrative resource, then what? In the center of the country operates a system that conducts outright anti-Russian activities. Perhaps, the Russian Embassy in the United States gives a symmetrical answer? Let's see ... Here are the publications Russian Embassy in Washington:

On the telephone conversation between Russian Minister of Foreign Affairs Sergey Lavrov and US Secretary of State J. Kerry.

On a telephone conversation between the State Secretary and Deputy Minister of Foreign Affairs of Russia, G. Karasin, with the Deputy Secretary of State of the United States, V. Nuland.

And this is from the Facebook page of the Russian Embassy in the USA, which somehow doesn’t seem at all like the official one, although it appears under the guise of the official one ... The user writes Nikolai Parminsky:

As a former employee of the Foreign Ministry system, I can say that there is one blatnyak working at the embassy in Washington to the detriment of national interests. Everyone wants to stay in America, so they are actively recruiting for the FBI. To a NORMAL person from the regions, the patriotic way there has been ordered. Here so the pseudo-elite decays.

Is this discredit or truth? .. In general, there is something to ponder ...

It turns out that we have a frankly anti-Russian machine under our noses, hiding behind a dipstatus. And I would like to hope that all its “movements” (and on the Web too) do not go unnoticed by the competent structures. What happens otherwise, shows us "Square" Ukraine.