July 23 2015
20
Having a symbolic armed forces, the Emirates command armies of terrorists

In current events in the Middle and Near East, countries belonging to the Arab Gulf Cooperation Council (GCC) play a very special role. The informal leader of this monarchy club is Saudi Arabia, and its "deputy" can be considered the UAE. In turn, Abu Dhabi and Dubai remain the first among equals in this federation of seven monarchies (emirates).

Compared with Saudi Arabia, the regime in the UAE is softer. And less is being invested in the financing of terrorism. Perhaps this is explained only by the fact that the UAE does not have such serious resources as the Saudis. In this case, the UAE armed forces are powerful enough.

At the disposal of the emirate of Dubai 6 launchers (PU) of the Soviet OTP P-17 and up to 20 missiles for them.

Tank The UAE fleet includes 388 of the latest French Leclercs, 36 Italian OF-40Mk2 (not a single country in the world is armed with this vehicle), 76 light English Scorpions. In storage are 28 old French AMX-30. 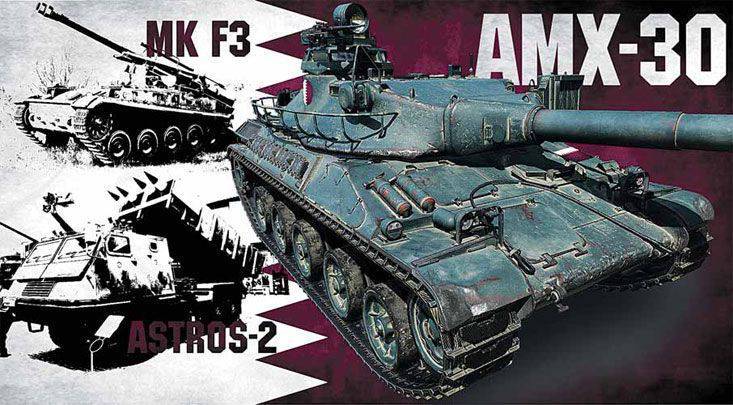 In addition, X-NUMX anti-partisan attack aircraft AT-18 and 802 reconnaissance aircraft Mirage-7RAD can be classified as combat aircraft.

The United Arab Emirates 2 batteries from the US Armed Forces, the French Armed Forces contingent, including the Foreign Legion 13 Brigade Group, the Rafale 6 fighter jets and X-NNXX 135 fighter jets and 5 Australian airplanes (3 C-130F fighters and 2 patrol P-3). In addition, it is on the airfields of the UAE that American aircraft are now based, including the newest F-22, which, as it were, strike the Islamic Caliphate (without clear results). The air forces of the UAE themselves are involved in this operation, and also help Riyadh bomb the Housits ​​in Yemen (not a single significant success). The UAE army never underwent a serious test in battle, except for a purely symbolic participation in the “Bure in the Desert” in 1991.

If the military potential of the United Arab Emirates is great even on paper, then it is insignificant for the Emirate of Qatar from any point of view.

With the exception of the French BRM and Astros-2 MLRS, all equipment is very outdated. It is planned to purchase 62 of the latest German tanks “Leopard-2А7” and 24 SAC PzH-2000, 50 American Javelin ATGM.

The most modern Qatar Air Force aircraft are passenger planes and helicopters designed to transport the Emir and his family, 8 transport aircraft (C-17 and C-130), purchased for the transport of Islamic militants and weapons for them, as well as training PC-21. Actually, combat aircraft are not much newer than ground forces vehicles.

Ground defense includes 9 German-French air defense systems "Roland" and up to 66 MANPADS (6 – 10 English "Bloupep", 12 American "Stinger", to 20 Soviet "Strela-2", 24 French "Mistral"). Only the Stingers and Mistrals can be considered modern. It is assumed to purchase the US Patriot.

The coastal defense is armed with an 1 battery RX Exocset MM40 (3 PU over 4 RPC).

It is believed that the Qatar Air Force is fighting the "Islamic Caliphate" and the Housits, but their contribution to this is almost zero (especially in the first case). In January 1991, Qatari troops participated in a clash with the Iraqi army at Ras Khafji. There was even a tank battle, in which the Qatar forces hit 3 T-55, losing 2 AMX-30.

All the best to children

However, the insignificance of the military potential does not prevent Qatar from exerting influence on the situation in the region, comparable to the Saudi one, and, surprisingly, sometimes it goes against it.

Like other monarchies, Qatar has previously engaged in the financing of terrorism. The main contribution of Doha to this “noble cause” was the creation of the Al-Jazeera TV channel, which can be called the mouthpiece of Sunni terrorism. In recent years, the enormous gas reserves have been added to the already existing oil riches of Qatar, thanks to which, in terms of GDP per capita, this emirate has taken the first place in the world (according to other sources, the second after Luxembourg). Perhaps for this reason, the country's leadership has become almost more active than the Saudis to intervene in the affairs of the states of the region, funding radical groups.

Riyadh and Doha completely overthrew Gaddafi in Libya. At first there was no disagreement between them on Syria. The discrepancies began in connection with the choice of who will clean Assad. If Riyadh supported the "traditional" Sunni radicals, as a rule, close to al-Qaeda, then Doha went on to create a completely new structure, which the Islamic Caliphate became. The project was even too successful, which caused serious discontent in Saudi Arabia and the United Arab Emirates, who saw in it an attempt on their monopoly on controlling radicals. Further, the gap intensified because of Egypt, when Qatar supported the Muslim Brotherhood and President Mursi, who represented them. It did not suit the Saudis and the Emirates at all, so they supported the military coup of two years ago and provide assistance to the current Egyptian authorities. His powerful army, which Mursi did not control, is very much needed by Riyadh and Abu Dhabi as insurance against Iran. As a result, Doha’s relationship with the two main monarchies cooled out a lot. Qatar is now the main ally of Turkey, which also supports the Muslim Brotherhood and the Islamic Caliphate.

Nevertheless, one cannot expect a serious split in the noble family. They have common real enemies - Tehran and Damascus. As for the Sunni radicals (Al-Qaeda and its branches, the Muslim Brotherhood, the Islamic Caliphate), only tactical differences arise. After all, it is still, though unruly, but the relatives and beloved children of the Arabian monarchies.