SCO is our way

The main event of the SCO summit in Ufa was the decision to join India and Pakistan in the organization.

This question has been postponed for many years. The procedure for accepting new countries may be delayed. But the sooner India and Pakistan become full-fledged members of the SCO, the sooner the positive consequences of this event will begin to affect Eurasian security.

The documents adopted by the USSR / Russia, the Central Asian states and China became the international legal basis of the SCO, namely:


The Shanghai 1996 Agreement of the Year served as the basis for the formation of the Shanghai Five, whose members began to develop collective approaches to security issues. Thus, the 1997 agreement of the year came to light, establishing the level of general-purpose forces in a hundred-kilometer zone near the borders between the countries of the Five. The number of troops in this zone should not exceed 130,4 thousands of people.

The 1990 – 1997 documents allowed five states to create a confidence-building mechanism, which became the cornerstone of regional security. According to Kirill Barsky, the national coordinator of Russia in the SCO, the experience of implementing confidence-building measures among the members of the Shanghai Five can be in demand in the Asia-Pacific region as well. 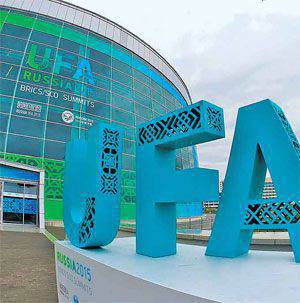 15 July 2001 The declaration on the establishment of the Shanghai Cooperation Organization was signed by Kazakhstan, China, Kyrgyzstan, Russia, Tajikistan and Uzbekistan. Later, the SCO adopted three more documents, which set forth ideas and principles shared by the member states of the organization: the SCO Charter, the organization’s five-year declaration, and the Treaty on Long-Term Good-Neighborhood, Friendship and Cooperation of the SCO Member States.

If the basis for creating the organization was the experience of implementing confidence-building measures between the USSR / Russia, Central Asian states and China, then the direct catalyst for its emergence is the threats emanating from Afghanistan in the late 90's. As Vitaly Vorobiev, the special representative of the Russian president for the SCO affairs in 1998 – 2006, recalls, the idea of ​​such a regional organization was born out of a collective awareness of the need for a coalition to contain these threats.

This determined the increased attention to the situation in Afghanistan, as evidenced by such events as the creation of the SCO-Afghanistan contact group in 2005 and obtaining observer status at the SCO in 2012. The head of Afghanistan was invited to the organization’s summit in 2004 for the first time, and since 2006, he annually participated in such meetings as a guest.

Also, Mongolia (2004), India, Iran and Pakistan (2005) became observer countries, and Belarus, Sri Lanka (2009) and Turkey (2012) became the dialogue partners. Cooperation with the UN, CIS, CSTO, EurAsEC, ASEAN was also established. In a short period, the organization had almost as many external partners as ASEAN had in 45 years.

Against the three "isms"

The main goal of the SCO in the field of security was originally declared the struggle against separatism, extremism and terrorism. According to the text of the Convention on the Suppression of these three forces of evil, adopted by 15 June 2001, the cooperation of the SCO member states in the field of security involves the exchange of information, the execution of requests for operational investigations, the development and adoption of concerted measures to prevent terrorism , separatism and extremism, as well as for their identification and suppression in their own territory. In addition, members of the organization are obliged to do everything possible to prevent funding, the supply of arms and ammunition, and provide other assistance to terrorists, separatists and extremists, including their training.

The most notable form of security cooperation was the SCO military exercises. According to some observers, this reflects mainly military approaches in the fight against new threats that all members of the organization adhere to.

As the representatives of the Ministries of Defense of Russia and China have repeatedly stressed, the exercises under the auspices of the SCO are not directed against third countries and allow, according to the Chinese military expert Li Daguang, to solve the following tasks:

master new areas of cooperation within the framework of the SCO;
contribute to the fight against separatism, extremism and terrorism, ensuring regional stability;
increase the effectiveness of the mobilization mechanisms of the armed forces in case of the need to respond to unforeseen incidents;
improve mutual understanding of the armed forces of the SCO members and ensure the possibility of sharing experience.


The organization conducted the following military exercises (WU) on a bilateral and multilateral basis:

Transformation of old threats, the emergence of new

To combat terrorism 7 June 2002, the SCO created a special body by signing an Agreement between the member states of the organization of cooperation on the Regional Antiterrorism Structure (RATS). The first head of the Council of the RATS was Sergey Smirnov, deputy director of the FSB of Russia, and the executive committee was Vyacheslav Kasymov, deputy chairman of the National Security Service of Uzbekistan. The RATS co-organized a separate series of anti-terrorism exercises (ATU):


The transformation of old threats and the emergence of new ones make us look for adequate answers to incoming calls. 17 June 2004-th signed an agreement on cooperation in combating illicit trafficking in narcotic drugs, psychotropic substances and their precursors. And in March, 2009 approved the Action Plan of the States members of the Shanghai Cooperation Organization and the Islamic Republic of Afghanistan when confronted with the problems of terrorism, drug trafficking and organized crime. In 2006, an expert group on cybersecurity was created, the result of which was the draft International Code of Conduct on Information Security submitted to the UN in 2011. In the spring of 2012, a decision was made to create a special unit to combat crimes in cyberspace.

In 2006, at the meeting of the SCO Council of Ministers of Foreign Affairs, a tacit decision was taken on a moratorium on the admission of new members, which was later confirmed at the organization’s meetings in 2006, 2007 and 2010. 11 June 2010 was signed by the Regulation on the procedure for the admission of new members, but the organization has not been enlarged as such. Nor will they appear in 2015. But at the summit in Ufa, a decision was made to start the procedure for the accession of India and Pakistan.

Is the organization capable of fighting effectively against the three evil forces and other challenges to regional security? Alexander Lukin, Vice-Rector of the Diplomatic Academy of the Ministry of Foreign Affairs of Russia, believes that the rapid development of events in the region of responsibility makes the issue of expanding the organization relevant. Among the states whose membership in the SCO is seen by Lukin as the most desirable are India, Pakistan, Afghanistan and Mongolia.

Some member states prefer to create new formats to discuss the Afghan problem instead of using a common platform. Thus, in 2008, Uzbekistan launched an initiative to form the 6 + 3 peacekeeping group under the auspices of the UN, which would include Iran, China, Pakistan, Tajikistan, Turkmenistan, Uzbekistan, and also Russia, the United States and NATO. Russia and Tajikistan initiated the “Dushanbe Four”, within which the leaders of Afghanistan, Pakistan, Russia and Tajikistan held summits in Dushanbe (2009, 2011) and Sochi (2010) and at a high level in New York (2010) and Trieste (2009, excluding Tajikistan). But in 2012, the format of the “Dushanbe Four” actually ceased to exist.

The expansion of the SCO at the expense of such states as India and Pakistan will inevitably lead to profound changes in the organization, starting with the enlargement of the SCO apparatus, adding English to the Russian and Chinese working languages ​​and ending with the complication of the decision-making process.

New challenges to the security of the region require a certain transformation from the organization, and Russia should take a most direct part in this. According to Vitaly Vorobyov, Special Representative of the President of the Russian Federation for SCO Affairs in 1998 – 2006, the further evolution of this organization useful for strategic Russian interests depends crucially on the Russian Federation as a founding country and a leading player of the SCO. Getting New Delhi and Islamabad, with which Moscow has good relations, full membership will allow Russia to increase its influence on the development of the SCO in its own and common interests, including in the field of security.