July 21 2015
14
The units of the Samara Combined-Arms Army completed, during the exercise in Orenburg region, the tasks of maneuvering defense combined with ambush actions, reports Interfax-AVN message cvo. 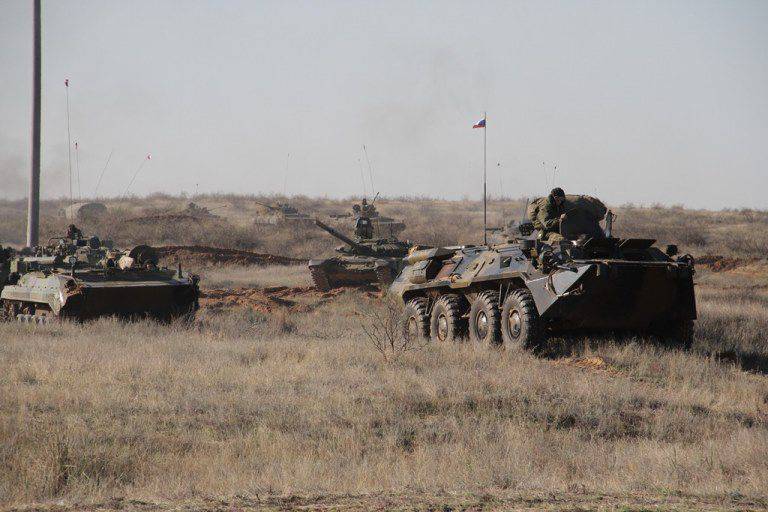 “According to the design of the exercises, the battalion tactical group, which included motorized rifle, artillery, tank and other units, was raised by alarm, made a march to the Totsky training ground, where she began to conduct maneuvering defense combined with ambush actions, ”the district said in a release.

At the final stage of the maneuvers, the fighters conducted a counterattack in terms of the use by the "adversary" of means of radio suppression.

“During the exercise, actions on the ground were successfully worked out in a dynamic tactical environment, and control tasks were carried out in field conditions. The commanders secured the skills of action to manage the units of radiation, chemical and biological protection, snipers, sappers, as well as logistics, medical and other types of support, ”the report says.