July 21 2015
77
The Japanese authorities have expressed the hope that Russia will fulfill the agreement of 2011 of the year, which will help resolve the territorial dispute over the Kuril Islands, reports RIA "News" with reference to the agency Kyodo. 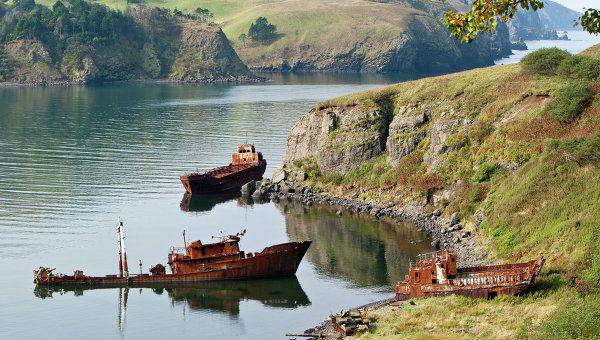 It is noted that the administration of Japanese Prime Minister Shinzo Abe wants to make sure that both states “agree” on this issue before inviting Russian representatives to Japan this year.

In addition, the Japanese authorities expressed concern about the increasing control on the islands by Russia, which is building infrastructure there and conducting military exercises, and also regretted the visit of the head of the Russian Ministry of Health, Veronika Skvortsova, to Shikotan Island.

“This is extremely regrettable. This is contrary to our position on the issue of territorial dispute and is unacceptable, ”said Yoshihide Suga, Secretary General of the Government of Japan.

Skvortsova arrived on Sakhalin and the Kuril Islands on July 18, taking part in the opening of the first modern hospital on Shikotan Island and a radiological canyon to help cancer patients in Yuzhno-Sakhalinsk.

Recall that Tokyo claims to the islands of the Kuril ridge Kunashir, Iturup, Shikotan and the Habomai archipelago. In turn, Moscow believes that the South Kuriles became part of the USSR following the results of the Second World War, therefore, the Russian sovereignty over them, which has the appropriate international legal framework, is beyond doubt.