Who violates international law? Russia and the wars of the West ("Limes", Italy) 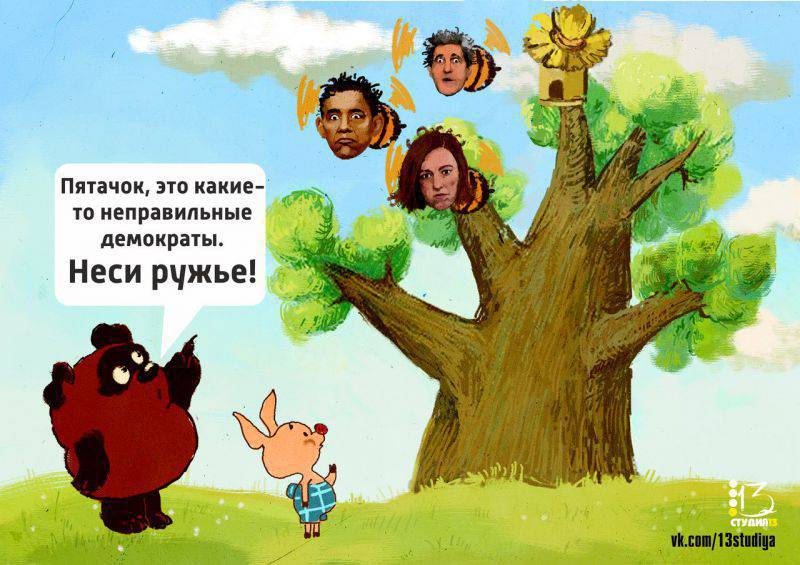 Is the logic the same in Moscow and in Rome? Recently, a professor at a major Italian university commented on my story about Crimea: “Yes, we know that most of the inhabitants of the peninsula wanted to join Russia. But the vote was organized in a couple of weeks. We do not recognize this. The referendum is a serious matter! ”

In truth, the interlocutor baffled me. He was an expert on international issues. He knew well that an answer awaited him, to which he could not oppose anything. In fact, a referendum was not held in Kosovo, and the West did not demand it. Without any referendum, the German Democratic Republic was annexed to the Federal Republic of Germany. Did Israel, belonging to the Western world, add significant territories to itself after the voting of the population of the neighboring lands? Later, I understood why the professor, after listening to my remarks, did not hesitate at all: my thoughts, together with the facts that contradicted him, meant absolutely nothing to him. Of course, he knew them. They were for him like those flies that interfere, but not too much. All that he considers unsuitable is automatically reduced to the level of a meaningless detail, empty space compared to the iron conviction that belonging to "Western democracy" avoids the unpleasant need to pass through the narrow door of generally accepted logic.

Who has not heard how the West accuses Russia of violating international law in connection with the Crimea? To put it bluntly, fiction. Prosecutors, like elephants in a china shop, trample, beat, break the rules of peaceful coexistence between states, is it good whether they are bad, but observed even in the decades of the Cold War. The classic case is Kosovo.

Sixteen years ago, 24 March 1999, the NATO countries launched a war against Yugoslavia in violation of the fundamental norms of the UN Charter and the Helsinki Final Act. Nothing remains of the principles prohibiting not only the use of force in relations between states, but also the threat of its use. The same thing happened with the principles of territorial integrity, inviolability of borders, resolution of international disputes by peaceful means. Worse. Obvious aggression was committed against a UN member state. The definition of aggression given by the UN General Assembly 14 December 1974 of the year indicates that it is black and white: "The bombardment by the armed forces of one state of the territory of another state will qualify as an act of aggression." And such an act, as this document clearly defines, cannot be justified by considerations of any nature: political, economic, military, etc. The bombardment lasted 78 days: 2300 air attacks against 995 objects, 25 thousand tons of bombs dropped, a thousand cruise missiles were launched, two thousand dead, seven thousand wounded, many buildings destroyed or half-destroyed, including houses, schools, churches and monasteries, even objects recognized by UNESCO as the heritage of mankind. With the help of the most modern technologies in the service of Western democracies, they managed to get a high-precision rocket into the PRC embassy in Belgrade. Another such technological gem landed on the passenger train Belgrade - Thessaloniki. Europe has said “Goodbye!” To international law.

A spectacular violation of international law in Iraq looked spectacular. The US administration owns a patent for the invention of a new pretext for war. It is enough to show the white powder from the UN tribune, declaring it chemical weapons (in our case, Iraqi) in order to deliberately deceive the international community. A wonderful demonstration of the ethical behavior of the United States, as well as how solid are the statements of Western intelligence agencies! In general, the violation of the sovereignty of Iraq in 2003 showed an obvious disregard for international law, its cynical, impudent replacement with the right of the strong. As a result, the Iraqi territory turned into a bloody sea: hundreds of thousands killed. Twelve years after the war, the right to life is still not secured, and not only Iraq, but almost the entire Middle East does not find peace.

Otherwise, but still defiant in relation to international law, the West behaved in Libya. The naive frivolity of the assault on Gaddafi was the result of the supreme measure of incompetence of Western leaders, as well as an interested and irresponsible interpretation of UN Security Council resolution 1973 (2011). So the West generated permanent murder and the widest chaos of recent years not far from European borders. Chaos gangrene spread from Libya on the one hand to the Middle East, on the other - to Mali and the Central African Republic, and constantly flows on the Italian coast with waves of desperate and dramatic emigration. Another product of the violation of international law is the emergence and strengthening of the Islamic state. The West made a decisive contribution here, first by the war in Iraq, then in Libya and, finally, by interfering in the internal affairs of Syria. Instead of searching for a negotiated settlement of the Syrian crisis, as required by authoritative international documents, European and North American countries acted in accordance with the slogan formulated by one of the Western foreign ministers: "To reinforce diplomatic efforts by the threat of the use of force." In violation of the law prohibiting it.

And the media is fully supported. Here, for example, a respectable Italian newspaper argues that "you can not abandon the threat of the use of force if you want to achieve peace." From here to engaging in the conflict, only a step remains, and the West made it, supplying weapons to the opponents of Assad, more than the others took advantage of the Islamic state. Banalizing the threat of the use of force that was considered unacceptable 30-40 years ago (See Helsinki Final Act) - Western conquest of our days. The threat everywhere turned into fighting. In addition to Yugoslavia, Libya, Iraq and Syria, the Atlantic allies tried to bombard Somalia, Yemen, Sudan, Pakistan, Afghanistan, Mali and conducted a massive military operation in the Central African Republic. The war became part of the western routine. The US and its allies have resorted to it ten times in a quarter of a century, and nothing allows us to think that this practice will soon come to an end. The latest case is the bombardment of Yemen with the approval of the US coalition led by Saudi Arabia. We are talking about another violation of international law: the UN Security Council did not give the green light to this intervention. Accustomed now to violate international laws, the West does not even notice that: for one more war, this does not change anything. Have you ever heard or read a serious discussion about the expediency of so many wars? This is literally out of the discussion. To argue about the war in Libya - yes, on the war in Iraq - too. But separately, as if there is no connection between them. When I asked one of my European interlocutors why the fact of the huge number of wars conducted by the West was not even remotely taken into account, I heard the answer: “What is there to discuss?” That is, they killed and we will kill! The use of force replaces virtually the entire arsenal of Western diplomacy and remains virtually the only method for resolving international disputes, excluding cases of nuclear states. The mainstream media does not even ask what the United States, NATO and the EU have achieved, spilling rivers of blood and plunging whole regions into chaos. Democratization? Let them tell us what and where they are democratizing. Then we finally find out that the military advancement of democracy is an integral part of the democratic heritage of the United States and the EU, and the use of war, as well as the threat of force, is consonant with the democratic principles of Western states, as they were considered normal in times of absolute monarchies. The propaganda of the war, contrary to the norms of international law, massively seized the European and American media on the eve of every aggression in Yugoslavia, Iraq and Libya. Today, some politicians and journalists from NATO countries insist on the need for the supply of lethal weapons to Ukraine in order to provide a solution to the crisis by military means. Military analyst of the American television channel Fox News Robert Scales live suggested “to start killing Russians”, “to start killing Russians”. This is not just a racist statement.

Wherever you look, everywhere you stumble upon the West’s failure to comply with the agreed norms of peaceful coexistence. Is it permissible for a diplomat to participate in anti-government speeches of the host country? Article 41 of the International Convention on Diplomatic Relations prohibits this categorically. But the West can not wait to overthrow the disagreeable government. We saw three foreign ministers, deputy state secretary of the United States, some ambassadors of European countries, senators, European parliamentarians, a former president and former prime minister among the participants in Maidan in Ukraine, who opposed the legitimately elected authorities recognized as such by European and North American countries.

Against the background of all this many years of violation of international law, what are the Western accusations against Russia in the Crimea and Donbas? They say the citizens of Russia support Putin, processed by massive propaganda. In fact, the Kremlin head feels the mood of the people and acts accordingly. Russians are more radical than him. This again showed the questions that fellow citizens asked him during the last television mega-interview.

In fact, there is no need for a university degree in order to see how the West wages war after war, kills and destroys, plunges entire regions into chaos, ruins international law - who can disprove this? West and does not deny. But with incessant media cannons, he tries to plunge into logic: only what matters is important to him. That is why the main media flow in Europe and America is less and less convincing even to its own readers and listeners. Just look at the comments on articles and TV debates: Europeans are less likely to believe the declarations of adherence to the peace of their governments, the demonization of Putin and the accusations addressed to Russia.

This is even more common in Asia, Africa, Latin America. The latest study of how aggressive states are conducted in the world by the American Gallup Institute at the end of 2013 showed that the United States is in the first place with a large margin. Not immediately, but in the end the facts win, and propaganda loses.