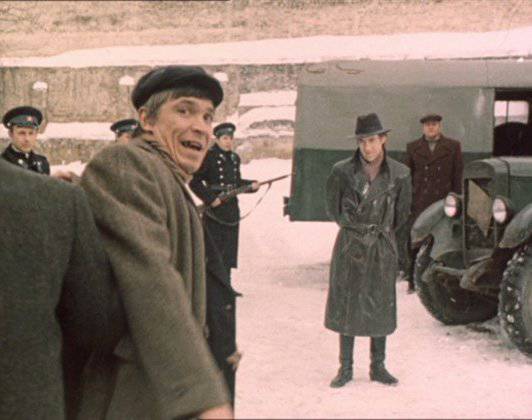 Well, that killed Gaddafi. And advanced analysts think, guess what now will be in Libya - Western democracy or the Eastern Massacre. Particularly zealous in terms of informational support, as usual, nothing happened, but it was still not to occupy others with the ostentatious joy about the death of the colonel. It is curious that in the civilized world, the most ardent opponents of the death penalty rejoice in the murder.

And here is another copy. Special Representative of the President of Russia for Africa Margelov happily reported from Paris that “this fiendish, frenzied colonel, bombing peaceful people from the air, lost the moral right to be called the leader of his country and now he is finally finished.”
Which style! "Fiend", "possessed". What Obama has in mind is Margelov's tongue. Although the joy of the latter, coupled with a sense of deep satisfaction, is not quite clear. So you want to scream: "Shut up, blotter! .."
Even the wicked Yugoslavia’s murderer’s wife, the whole world, didn’t rejoice at everyone’s sight, she just watched the tape and said her “Wow!” And that’s it.

Why then so happy Margelov? The fact that not him and not his children and grandchildren killed? And still, more restrained need to be a boy from a "good family." Excessive zeal can be perceived as a hidden trick, and this is at least the end of a career. Didn’t they teach him at MGIMO, how to “do the right thing”?

Maybe the young special envoy dreamed in a dream that he would have to take the rap in the process of “de-Stalinization” for his glorious grandfather? God knows. Not that, it's not even an hour, you will have to go on the run with a passport in the name of citizen Grigory Smerdyakov and equip yourself in the taiga with a comfortable life-being.

Minister Lavrov behaved much more restrained himself, realizing that it is not good to kill prisoners, including Gaddafi, and that this is contrary to some conventions. True, about the fact that it is not good to dub the Libyan cities with the land, we did not hear something from it. Well, the Minister of Foreign Affairs is a servile official, you should not expect any "ad-lib" from him.

Of course, many problems associated with the death of the colonel will be a thing of the past. But not for everyone. For Russia, those will remain, at a minimum, his debts. But since neither Lukoil nor Gazprom allowed the former friendly Libya, which was already crying silently, the Russian command personnel eventually received "ears from a dead donkey."

But then he added his grandfather McCain, who was pouring into the spoon of honey into a spoonful of honey, saying that the word “Arab” in relation to Putin should be deleted from the phrase “Arab spring”. Whether at will he blurted out, or who upset him, it does not matter. True, the Prime Minister’s spokesman said that such absurd statements should not be reacted. However, contrary to his own word, he immediately responded:
- We consider below our dignity how to react to these words. Unfortunately, common sense in his statements is becoming less and less, - said Sands.

... The omnipresent Poles immediately intervened. Lavrov did not have time to rest from the air on Echo of Moscow, as he had to make one more statement: Moscow, they say, will seriously consider the reasonable demand of the Polish-Lithuanian Commonwealth for the rehabilitation of Katyn victims, including the criminal element. It is, of course, humane, although it is not clear how the relatives of the deceased can extract at least some profit from their rehabilitation.

Perhaps the descendants of those executed for the crimes committed will now be able to look boldly into the eyes of their compatriots, who have tormented them with hate and contempt? Or will the native Polish government award compensation?

No, pay, of course, will be "Russian cattle". But if all the criminals are to be rehabilitated, then it is necessary to start from Cain himself (and to the heap and from Abel): let the Russian bosses take the rap for them.
But after all, if he rehabilitated, then, therefore, he himself is guilty to death. And before Russia is recognized as a “criminal state,” in this case it’s not even a step, but a small step. With all that follows. And for the authorities first. And then shout at all angles about de-Stalinization, beat yourself in the chest, that you left the party voluntarily and at the call of your heart, that you were forcibly in the Komsomol and pioneers, the end is the same: the mark on the forehead is "villain and beast." And even a “patient”. And with such do not stand on ceremony, they are treated. Often electric shock. So the conversation will be short. And no merit to the world community will save.
Only the Russian peasant alone will not care about all this: he already contains the entire world democracy, and he is not accustomed to endure.