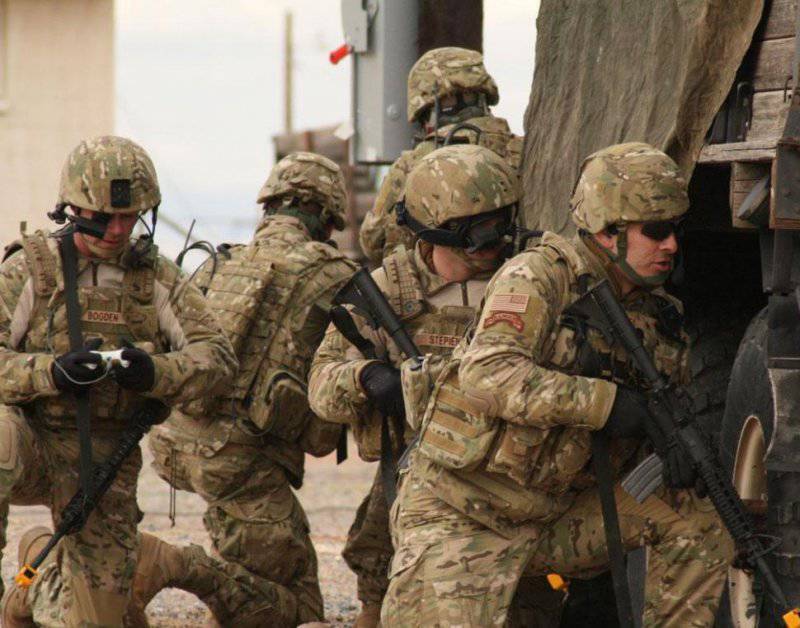 The bombing of Deh Ravud was only a model of the war and the equally deadly occupation that followed it.

On July 1, 2002, American aircraft dropped bombs on the small village of Deh Rawud, where someone's wedding was played that day. Located north of Kandahar, the village seemed protected by the mountain ranges of that region. For a while, the residents thought that the war, which nobody had called for the holiday, would not affect them. They were having fun, and as expected by tradition at the celebration, sometimes they were shot in the air.

However, the happy event turned into a binge of death, which will be the common memory of Deh Ravud for future generations.

It was reported that the United States Air Force used a B-52 bomber and an AC-130 type "Gipship" combat helicopter in the fight against alleged terrorists. According to the Afghan authorities, forty people died and more than a hundred were injured (The Guardian newspaper from 2 July 2002 of the year).

As expected, the American military refused to apologize.

The bombing of Deh Ravud was only a model of the war and the equally deadly occupation that followed it. Although al-Qaida is not an imaginary enemy, the invasion and destruction of Afghanistan was in fact a disgusting and controversial response to terrorism.

The war did not cease to be disgusting even ten years later, after the first attacks on the poorest country in the world. This latest crime against humanity in Afghanistan is a continuation of a trend that has been inherent for more than one decade. Unhappy Afghanistan was meant to become a pawn in the big game of powerful contenders for strategic control and easy access to natural resources. Throughout its stories, Afghanistan was brutally treated only because of its geopolitical position.

His people and for this war should not wait for an apology. "The United States invaded Afghanistan to crush the Al-Qaida operating base, whose leader Osama bin Laden led the 9 / 11 terrorist attacks, and make sure that Afghanistan does not become a haven for Muslim terrorists in the conspiracy against the West," wrote Carmen Zhentil and Jim Michaels in USA Today 6 October. Such an excuse permeates the media like a mantra.

Malalay Joya, a former member of the Afghan parliament and a fighter for human rights, dared to challenge this dubious rationale. In her video message, recorded on the tenth anniversary of the war and occupation of Afghanistan, she said: “Ten years ago, the United States and NATO invaded my country under the fraudulent slogan of the struggle for women's rights, human rights and democratic values. But after a decade, Afghanistan is still the most uncivilized, most corrupt, and most militarized state in the world. The consequences of the so-called anti-terrorist war were bloodshed, crimes, barbarism, violations of human and women's rights, which only doubled the sufferings and misfortunes of our people ”(Monthly Review, October 7).

Military commanders and neo-conservative think tanks are desperate to find reasons for celebration. After all, they are not able to take moral responsibility for the crimes committed in Afghanistan under their leadership.

For example, the commander of the US forces in Afghanistan, General John Allen, still sees "real achievements, especially in the south of the country" and considers them to be the result of actions taken in the fight against the militants, which he allegedly learned in Iraq. “Rebels are effective only in close proximity to the people,” he says. - When they are cut off from the general population, they have a hard time.

This is a very strange assessment, especially considering the fact that the Taliban are not aliens from other galaxies, and, even worse, they still manage the country very effectively. When a group of the Paris-based Research Center of the International Council on Security and Development declared that the Taliban controlled 72 percent of Afghanistan, the NATO command rejected this statement as a banal lie (Bloomberg edition of 8 December 2008 of the year).

“Now the Taliban dictate conditions in Afghanistan, both politically and militarily,” said Paul Burton, ICOS Policy Director. “There is a real danger that Afghanistan will ask to be swarming with the Taliban.”

At the same time, there are those who claim that all this is in the past after President Obama approved sending more than 30 thousands of American troops into the country, whose main goal was to push the Taliban back. Such a move would contribute to the establishment of the state and prepared Afghanistan for the withdrawal of foreign troops in December of 2014.

The basis for these statements is a biannual Department of Defense report on Afghanistan that is submitted to Congress. The addition of additional troops has led to "tangible security progress," the report says. It also states that “coalition efforts have taken over the insurgents' control of the main hideouts, disrupting their leadership and depriving them of many armory hiding places and tactical supply points left by them after the end of the previous military season.

But reality says the opposite. The Taliban control the vast majority of the country's provinces, according to Al Jazeera on October 7. The fact that they almost completely control the east and south, as well as constantly carry out attacks on other territories, is confirmed at least daily the news about how they coordinatedly attack Afghan officials and foreign military personnel even in the heart of Kabul. This behavior of the Taliban does not mean that their fighting movement is retreating, but rather that the shadow government is waiting. In fact, the term “shadow governors” is used to refer to the Taliban officials who manage most of the country.

“Recent events convincingly prove that the United States and its NATO allies are losing the Taliban to the war in Afghanistan: the top officials are being driven out of any trifle,” writes American professor James Petras (Global Research on October 11).

As for the claim that Afghans have become better due to the US military invasion, the numbers say something completely different. Unfortunately, few people believed the number of casualties among the Afghan population in the first five years of the war. According to a modest UN estimate, "11 221 civilian was killed from 2006 year, of which 1462 in the first six months of this year." (LA Times from October 7).

The German news agency Der Spiegel published three photos in March last year. They depicted American soldiers (known as the Kill Team), posing with disfigured residents of Kandahar last year. At least they were terrifying, and hardly any "tangible progress."

“Under the Obama administration, civilian casualties increased to 24 percent,” said Malalay Joya. “And the result of a sharp increase in the number of American soldiers was the increase in murder, crime, violence, destruction, pain and misfortune.”

And still no regrets. So, as if the sons and daughters of Afghanistan are some figures, irrelevant and extraneous.

After a decade of war in Afghanistan, we stand in solidarity with the victims of the war, with Malalaya Joya and her eternally proud people.