Mangazeya - the first experience of the Arctic alternative

July 22 2015
22
In the fourteenth century, the climate on our planet underwent dramatic changes that reflected most directly on the historical development of mankind. The astrophysical and geophysical causes of these changes to science are completely and reliably unknown until now, but historical the consequences are devoted to hundreds, if not thousands, of books. 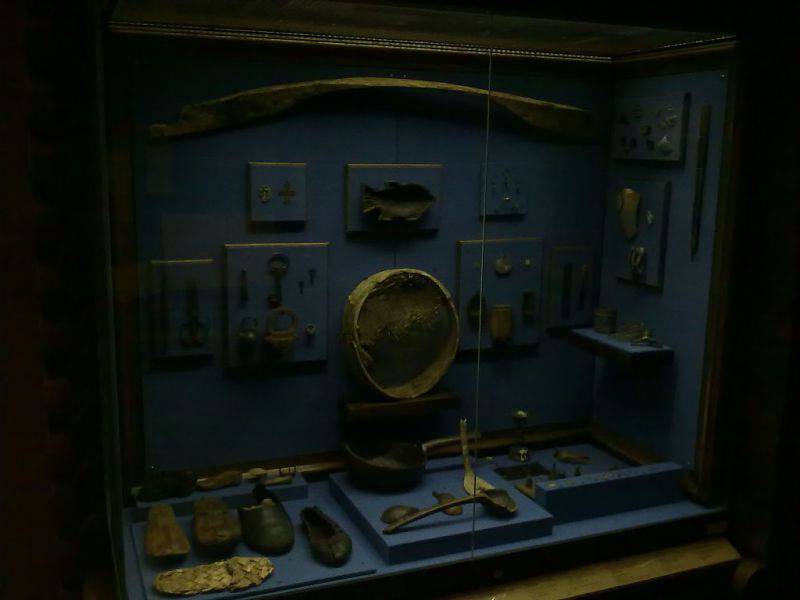 In the middle of the fourteenth century, the sharp decrease in the amount of heat that the Gulf Stream carries from the tropical waters of the Gulf of Mexico in the north-western direction made the climate of Western Europe more continental. Thus, for example, during the so-called Avignon captivity, the Baltic Sea froze in winter in such a way that the communication between the coastal cities of this basin was carried out mainly by land for that time, on sleds. In some winters, the Hanseatic merchants quietly traveled from Germany to Sweden. At the end of the century, this sharp cooling also unexpectedly gave way to warming, but not for long. In subsequent centuries, cold winters regularly returned and the climate of the continentality (cold winters and hot summers) reached a maximum in the second half of the 16th century (here you can also recall the Dutch 1570-yo-yo, which were used to go skating).

At the same time, for Russia-Russia, this period was characterized by a weakening of the Arctic anticyclones reaching Eastern Europe - the winters here were the same as in Europe, and in the North-West - sometimes even milder. It is at this time accounts for the existence of a unique historical and geographical phenomenon, now known as Mangazeya. For Rus, who had thrown off the Tatar yoke, as is well known, it was a time of large-scale expansion to the east and northeast, an extensive expansion of the economic system based on agriculture and the intensive exchange of goods. In the growth of the economic well-being of the country, furs have always played a large role, and now new territories rich in it have been included in the system of domestic and world trade. Systems, the economic base of which was nomadic or distant cattle breeding, as well as slave trade, were in a less advantageous position. The harsher the winter, the more expensive any animal husbandry (and the anticyclones going to the south and south-west from the side of Western Siberia did not weaken).

It is worth noting that in general all subsequent climate changes in one way or another contributed to the transformation of Russia into Russia and the expansion of their borders to the east. Of course, all this does not negate other reasons for the strengthening and expansion of Russian civilization in the era being described: both purely economic, and cultural, ideological. It does not negate the historical feat, as well as the unique civilization mission of the Russian people. It’s just another facet of historical development, and studying its significance in the historical process, one cannot but pay attention to one of the most unusual pages in the history of the development of the northern and Arctic spaces - the Russian city in the distant northern land with the same name Mangazeya.

In 1556, the English traveler Stephen Borow met Pomors off the shores of Novaya Zemlya (near the Kara Gate), who were going to go along the sea route to the east to the mouth of the Ob River. They even offered the Englishman to go along with them.

About the very same Mangazeya first wrote an unknown author of Novgorod, who wrote at the end of the fifteenth century the tale "About unknown people in the East". This country was inhabited by tribes, which he called "Molokanzei", or "Molongzei" - Eastern Samoyeds or Nenets.

“Above the sea, people live the Samoyed zovye Molongsee. And their meat is deer and fish. Yes, among themselves they eat each other. And the guest will come to them from there. And they slaughter their children to the guests, and they feed them also. And which guest they will die and they eat that, but they don’t bury them in the ground, but take their own. Siyazh people are small with age. Slender. Noses are small. But frolic velmi and archers skory and much. And ride on deer and dogs. And the pay is sable and deer. "

Here we are talking about lands located along the eastern banks of the Gulf of Ob and along the lower reaches of the Taz and Pur rivers, and, possibly, also over a larger territory, up to the lower course of the Yenisei. In any case, this means that at that time, the Pomeranian sailors had the opportunity to swim along the shores of the Arctic Ocean to the Kara Sea, or to Narzomskoe - as it was then called. (It is now known that in some, however, short periods, solid ice retreated in the summer so much that the coast could reach at least the mouth of the Yenisei and the western shores of Taimyr.)

Information about the various Samoyed tribes in some places is greatly adorned with fantastic details, but this is very characteristic of the sources of the time: some of them "on the navel people are shaggy to the dale, and from the navel to the top are like and other human beings", The third for the winter die for two months and come to life in the summer, the fourth without eyes, and"ryty their shoulders","and the shooting of their tube is iron in the hand. And in the other side the arrow is iron. Yes, the arrow puts the tube into the tube. Yes, hammering the arrow».

However, these are rather decorations, but in general, the descriptions of the riches of the land are important in this text: fish, sable, arctic foxes, deer - here the author tries to be precise.

In the legend, along with the country "molgonzei", the country Bald (or Baid), located to the east of Mangazeya, is mentioned, where "people live in the land (apparently in dugouts), but they eat sable meat; and there is no other animal for them anymore, it is conservative. And they wear sable cloth and mittens and legs, and they have no other payment, not a commodity».

Later in the 17th century, the first Russian polar town in Siberia, Mangazeya, emerged here. It was located in the lower reaches of the Taz River (about 180 km upstream) at the confluence of the Mangazeyka River.

It is noteworthy that the city was not just a large trading station. Soviet archeologists in 60-s found here evidence that it was also a center for handicraft production. The number of permanent residents could reach several thousand people. During the excavations, in particular, Venetian glass, Chinese porcelain and coins from Europe were found. The earliest found out buildings dated 1572 year, but scientists were sure that the settlement arose much earlier.

Since 80-s, the whole fishing industry was controlled by customs - that is, there was a central power.

«The city itself Mangazeya was a fairly powerful fortified point of the northern outskirts of Moscow Russia, located on the high, convenient for the defense of the river bank. Initially, in 1601, a wooden vyaznuyny ост standing on the corners ’jail was cut down - a protective wall of vertically mounted continuous row of pointed logs with small towers on the corners.

Ostrog was erected so that the southern part of the protective wall was very close to the coastal cliff. Inside the prison, a voevodsky courtyard was built, moving out of a hut, a prison, an archer's gatehouse - a guard house. In the assembly house of the voivod, their subordinates and watchmen were responsible for administrative, detective and court cases, the voivod's treasury was kept there, the state money, grain and salt salary to servicemen was issued. The trade baths and the right to sell wine in taverns surrendered to the huts. It is curious that, taking into account the sharp temper of the Pomor and industrialists and Cossacks in general, the voivode during the reception of people in the assembly hut was fenced off from them with an iron grill ...

... Particularly developed was the manufacture of products from walrus and mammoth bones and wood. In 40-ies of the XVII century. in Mangazeysky Posad a smelting business is widely developed. Moreover, it is surprising, but a fact firmly established by the expedition: at that time artisans in Mangazeya smelted copper-nickel ores from the Norilsk deposit, which were brought in small quantities to the r. Taz from the area of ​​the Lower Yenisei. "

Mangazeya was also well known outside of Russia as the “Tsarev gold-melting patrimony”, for example, the Dutch geographer Nikolay Vitsen described it in detail. From Mangazei district, which by the beginning of the seventeenth century covered almost the entire north of Western Siberia, they began annually exporting up to 100 – 150 thousands of sable skins. Then (it was Time of Troubles) the cheapest skin cost five rubles in Moscow. For comparison, the same amount was given for a young healthy man; a young woman cost from three rubles; a five-wall hut there cost one ruble (of course, real estate in Moscow was the most expensive). Thus, the economic importance of Mangazeya could not only be very great - it was one of the decisive factors for the development of Moscow Russia and the largest source of income for the treasury, even after the conquest of the Siberian Khanate by Ermak.

In 1642, the city suffered a disaster that was not uncommon for those times - a fire in which most of the buildings burned, as well as the city archive. But he was not the cause of the subsequent decline. At the end of the seventeenth century, the climate on the planet began to change again. Western Europe received new opportunities for development (the ports in the Netherlands and Britain stopped freezing), and the sea route through the Kara Sea every year became more and more difficult. The main way there now lay on the Siberian rivers (and it began from Tobolsk). The beast in the Mangazei region was also becoming smaller. As a result, in 1672, on the orders of Tsar Alexei Mikhailovich, the city of Mangazei was finally abandoned, and all the sovereign and service people were transferred to Turukhansk.
In conclusion, it remains to add that modern climate change, as well as the associated development of shipping in the Arctic Ocean and various Arctic projects, one way or another suggests certain parallels with the history of Mangazeya. Will Russia again be able to profit from the opening of opportunities?