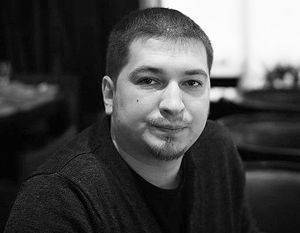 On the Web, a hastily slyapan video appeared where the militiamen said they had shot down a civilian plane. Even I can make such a fake in a few hours, although I own video editing at the amateur level.

This is not even proof. This is a ridiculous fake exactly under the so-called tribunal - the court, which decided to arrange the international special services with the filing of analysts of the American government.

The Donbass militia had every opportunity not to call themselves the Donetsk People’s Republic or the Lugansk People’s Republic, but to directly call themselves Russia and its part. From the very beginning. But the people who defended with weapons in the hands of their homes, called themselves the DNI and LC. It is their right. The project “Novorossiya” invented in Ukraine in the 90-s has remained unfulfilled, although the confederative union of the DPR and the LPR takes place.

It is strange that some people, with the filing of the American-Ukrainian propaganda, carry an equal sign between the militia and Russia. Meanwhile, Russia participated in the Minsk talks only as a mediator and observer, although they tried to present it as an “aggressor”. But in Ukraine there is a civil war. Kiev junta is fighting against its own people.

At the same time, the standard American scenario is implemented, which was tested long ago in dozens of countries around the world. The scheme is the same.

Similarly, events developed in Latin America, for example. In particular, in Nicaragua. The supply of weapons for nationalists from the Contras was carried out by the USA for money from drug trafficking. Contra, by the way, is one to one "Right Sector *". The same radical organization, often uncontrolled by the authorities.

Now the US has become more difficult. Previously, they fought communism all over the world, and today it will not be possible to accuse Russia of imposing communist ideas. The capitalist country, democratic, professing freedom of speech. Yes, in Russia there is much more freedom of speech than in the USA. But you can defame Russia, imagine a dictatorship, a barbaric and wild power that threatens Ukraine, Europe and the whole world.

In Russia, they respect the people at war in the Donbas, do not punish volunteers from Russia who went there to help their relatives and friends, or at the call of the heart. But neither Russian soldiers nor Russian weapons are there. Therefore, the militia shot down the plane or tried the Kiev military, Russia, in general, is indifferent.