The United States recalled its ambassador from Syria. 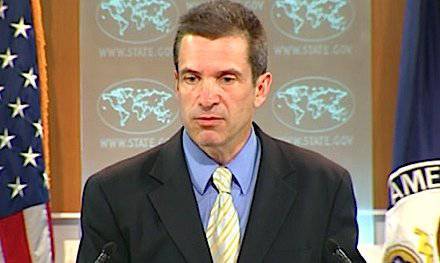 The US recalled its ambassador from Syria for security reasons. According to US State Department spokesman Mark Toner, the US embassy in Syria and the residence of Ambassador Robert Ford have been attacked by supporters of President Bashar al-Assad because of the condemnation by the US of the actions of the Syrian authorities. R.Ford left Syria on the morning of October 22 after a series of unpleasant incidents indicating growing aggression in parts of Syrian society. It is not yet known when R.Ford will return to Syria. This will depend on the development of the situation in the country, the State Department spokesman concluded, reports Associated Press.


Earlier, American diplomats reported that recently articles in the Syrian press began to appear more often with reproaches and criticisms of R. Ford.

In Syria, since March 2011. mass demonstrations of those displeased with the ruling regime continue. Participants in the unrest demanded the resignation of the country's President B. Assad and political reforms. Syrian authorities suppress unauthorized protests, including using army units. The United States and the European Union imposed a series of sanctions against the Syrian leadership, and the UN Security Council condemned the open violation of human rights and weapons against civilians.

However, the adoption of a resolution on Syria in the UN Security Council failed, as Russia and China, opposing interference in the internal affairs of the country and the unilateral use of sanctions, put a veto on the document.

Syria continues to receive information about alleged reprisals against the opponents of B. Assad. However, this data is often not confirmed.

We are in Yandex Zen
Associated Press blames Kiev for shelling in Donetsk
State Department is worried about the ambassador
23 comments
Information
Dear reader, to leave comments on the publication, you must to register.