Long live the "independence"! Confirmed information on the transfer of Ukrainian customs points under British management

July 20 2015
61
Last Friday, the information was finally confirmed that a number of Ukrainian customs points are transferred to Kiev under the control of a British company. This, especially noteworthy, was reported by the Ukrainian Prime Minister Yatsenyuk himself, reporting on a “successful” visit to Britain, the United States and Canada. On his Facebook page, Yatsenyuk recorded the following character:

We look forward to the completion of negotiations on the transfer of individual customs to the management of a British company, which already has this experience in EU member states and other countries. I am convinced that customs revenues, which are operated by the old corrupt Ukrainian officials, and those that will be transferred to the management of the British company, will differ significantly.

An interesting statement ... Yatsenyuk, who actually continues to sell Ukraine, turning to trade already and the border, gives a win-win argument: those customs points that are in the hands of a British company (its name Yatsenyuk does not inform yet; Abromavicius mentioned Crown Agents some time ago) saying the name ...) will not go, should be considered bastions of corruption. Moreover, the fact that Yatsenyuk himself is carrying out a frankly corrupt deal with the British, Ukrainians, apparently, should not notice, according to ukropremiera, even if the head of the Cabinet of Ministers says about the fact of trade in the Ukrainian border. This, of course, is the apogee of hypocrisy and outright bureaucratic arbitrariness, but we are talking about Ukraine and Yatsenyuk, and therefore why be surprised? ..

It is worth quoting a few comments from subscribers on the Yatsenyuk page on the social network to figure out how ordinary Ukrainians (living both in Ukraine and abroad) perceived the premier’s statement about the “transfer to management” of the British customs to the British.

Stas Gospodinov (Odessa)
Arseny Petrovich! You would explain to the people what is meant by return to management. Employees of a foreign company or representatives of a foreign company will be accepted for public service? Or will the landing of advisers land on each of such customs offices with unclear what powers and vague responsibility for their decisions? Unclear, Arseny Petrovich! This word is written together because it has a synonym - MUTNO ... 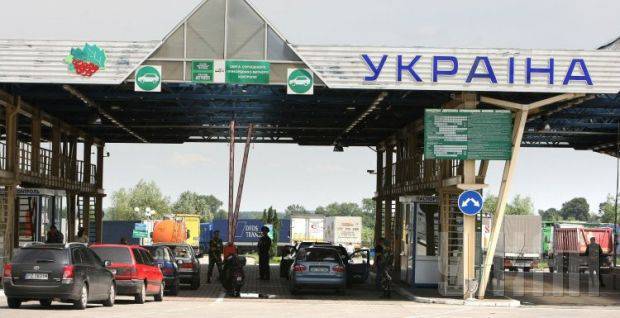 Nadezhda Khutsal (Lviv region)
And why only some customs? Why only with the old corrupt Ukrainian officials? Disgrace everything, restart the theft and corrupt officials under a different “sauce”. No trust in you, no!

Leonid Slutty (village Kozova, Ternopil region)
That is what we have! .. Crimea and the Donbass gave Russian. Government, prosecutorial, police seats gave the Americans, Georgians, Lithuanians ... who else is there? Took for customs - the British. Constitution - Putin, Merkel and Hollande. Something I did not understand, but where is the limit? Or are we, Ukrainians, well able only to do the Maidans? So, maybe it's time to do what YOU know well! BUT? Arseny? If not, then I suggest this: find foreigners with your president for your posts and get out so that you do not stink here! You are not fit!

Against this background, a great interest in Ukraine and not only in Ukraine was caused by the publication of Viktor Medvedchuk, the leader of the Ukrainian Choice movement. Medvedchuk on his blog (and his publication was reprinted by many leading Ukrainian media, including the news agency UNN) writes that the country is stepping over the line of the "fraud of the century." So Medvedchuk called the plans of the Ukrainian government for the total privatization of strategically important (and indeed any) state assets, as well as the redistribution of property, which had already passed through the privatization process.

Medvedchuk does not mention about customs points, but he cites a list of companies that are going “into the hands of interested investors” to sell all the same Yatsenyuk. The list is presented below.

Sumykhimprom. Plant for the production of fertilizers, additives to cement, coagulants. This company is owned by Dmitry Firtash.

Odessa port plant. This is one of the largest chemical industry enterprises in Ukraine. At one time, Yulia Tymoshenko was about to launch the sale of the plant to "interested investors", but the Constitutional Court of Ukraine in 2009 decided to ban the privatization of the company. Some of the shares have already managed to sell off. Now, no one at the Constitutional Court of Ukraine (and such an institution in Ukraine is still listed, despite the fact of an anti-constitutional coup in February 2014), it’s clear that they won’t ask — not for that Yatsenyuk doll that Western henchmen started ...

Centrenergo Company. This is one of the leading producers of electricity in Ukraine. Included in the top ten largest enterprises in the country. "Centrenergo" includes Uglegorsk (operated from the city of Svetlodarsk), Zimevskaya and Tripolskaya TPP.

Medvedchuk writes about this:
In Ukraine, the scam of the century has been launched - large-scale privatization of Ukrainian state property. In the conditions of a total crisis, the prime minister intends to put under the hammer property that has been in state ownership throughout the years of independence. But not so long ago, in 2009, presidential candidate Arseniy Yatsenyuk vehemently opposed the sale of communal property and state assets. Comments, as they say, are superfluous. But finally, I want to quote Mr. Yatsenyuk six years ago: "Only a country that wants to go bankrupt can sell property during a crisis." Well, now the goal of the prime minister becomes obvious and completely clear where he leads the country. "

And Yatsenyuk himself, before the publication of Viktor Medvedchuk, solemnly announced that “now Europeans and Americans will watch how we conduct privatization,” after which he added:

In order for the Ukrainian economy to become effective, we must leave in state ownership only what the state needs - these are issues of national security and defense and that infrastructure that cannot be transferred to private hands. Everything else must be sold publicly and transparently.

All the "rest" to sell ... The word "rest", apparently, can be omitted in this situation as superfluous ...

And the state border, the customs points at which Yatsenyuk is trading, has nothing to do with Ukraine’s national security issues either. So sell faster, Arseny, so that through those sold customs points it would then be easier to make legs from a “prosperous” country ...