How the UK arranged the genocide in Bengal 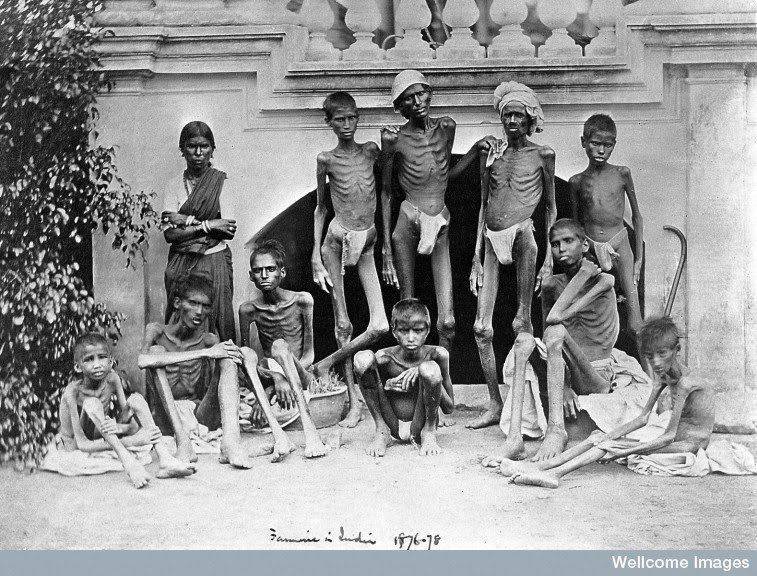 Why don't Russians or Bengalis shout to the whole world about the genocide perpetrated on them? Why do they not apply to international courts, do not require the obligatory conduct of genocide lessons in schools?

There is such a conflict: the answer lies on the surface, because it ... - in the deep sources of the Russian and Indian civilizations! Some of the ancestors of the Russian Slavs, the Aryans, once settled in Hindustan, retaining their culture and their high spirit, carrying them through the centuries. No wonder there are so many similarities even in the geographical names of India and the ancient Russian lands.

This spirit is completely different from the Old Testament principle, which underlies the modern Western "democracies." Therefore, some of them are not at all ashamed to invent myths about the Holocaust, annually juggling with numbers, confirming the fictitious "facts" with numerous mythical evidence of the "miraculous survivors."

Desecrating thereby the memory of those people who really suffered from the fascist scum.

Ordinary people of the planet must know historical the truth. After all, only it, practice, will allow us to come closer to the truth and give a correct assessment to the subjects of history.

Before the genocide during World War II, Britain was already distinguished in India.

According to the British Governor-General of 1834, the "Plains of India turn white with weavers."

GREAT HOLOCAUST BENGAL
Seventy years after the war, the time has come to initiate a criminal case and convene a new Nuremberg Tribunal, this time against one of the prosecuting states - the United Kingdom - for systematic and deliberate extermination of millions of people.

This genocide is not limited to the framework of the Second World War - the war was the scene only for the latest episode in a series of criminal acts. Hunger and exhaustion served only as instruments of genocide, the horrors of which lasted for decades.

The location of the crime is Bengal, India (at present, historical Bengal occupies part of the territory of India and partly of Bangladesh); the accused are English colonial masters; the victims were thirty million dead.

It began in 1770 with a major disaster, when about a third of the population of Bengal died due to drought. And this is not much and not enough - 10 million people! The East Indian Company, which has occupied the country for five years, has never thought about taking appropriate measures. Colonial officials gladly reported to their superiors in London about increasing their income through trade and export of food.

It should be noted here that Bengal is a river region and there is no more fertile land in the entire Ganges delta. Before the coming of the English colonists, Bengal was the breadbasket of all India. In each village there was earlier and now there is a reservoir with fish, which the village could eat during times of crop failure. It took English intervention to turn this green fertile land into a land devastated by hunger.

During the 182 of the British regime in Bengal, there are 30-40 cases of mass hunger (depending on how you define hunger). There are no reliable sources confirming the number of victims from these natural disasters. We have only the numbers suggested by the English colonialists. But even with the limited information available, it is easy to see the face of English colonialism in India.

The last time in Bengal famine occurred in 1942-1945 years. During these three years, hunger claimed at least four million lives. Some researchers believe that there were much more victims (it should be borne in mind that the figure of four million was borrowed from British sources).

Despite the lack of agreement on the number of victims, most researchers agree that this hunger is the creation of human hands. The winner of the Nobel Prize Amartya Sen (en.wikipedia.org/wiki/Amartya_Sen) rather convincingly proves that this famine was caused by British politics, and not a radical drop in food production.

The following facts are noteworthy:
but. In May, 1942, Burma was conquered by Japan. The British feared that the Japanese, in alliance with the Indian National Army (led by Subhas Chandra Bose) would invade India from the east. Bos slogan "Dilly Chalo" (Forward to Delhi) caused fear among the British, and they applied the "scorched earth" policy.

On the one hand, this policy was to ensure that if the Japanese decide to go through Bengal, the local food supplies will not get to the conquerors.

On the other hand, the colonialists wanted to break the will of the people of Bengal to revolt in support of the invaders. It cannot be a mere coincidence that in October 1942 of the year the English colonial authorities conducted a police operation, as a result of which many camps and the Congress Party building were destroyed, many people were arrested.

Between August 1942 and February 1943, the English occupying police shot and killed 43 people. In addition, British soldiers participated in the rape and robbery of food stores, among other things.

b. Bengal was inundated with refugees and retreating soldiers from various English colonies temporarily occupied by the Japanese. In March alone, 1942 every day arrived in Calcutta and Chittagong from 2 000 to 3 000 military and civilians, in May their number was already 300 000. As a result of government purchases of food products, food prices in rural areas have reached transcendental heights.

As a result, the inland waterway transport system was completely paralyzed. Fishing became almost impossible, most farmers growing rice and jute could no longer transport their products. These government measures led to the collapse of the economy, especially in the lower Ganges delta.

The confiscation of land for fortifications and defense infrastructure (landing sites, military camps and for refugees) led to the expulsion of thousands of people from their land from 150 to 180, turning them into homeless people.

The colonial authorities refused to deliver food to Bengal from other regions of the country in order to create an artificial food shortage. This particularly brutal policy was enacted by law in 1942, called the Rice Supply Disruption Scheme.

As previously mentioned, the purpose of this policy was to create obstacles in the supply of food to the Japanese army in the event of its possible invasion. At the same time, the government authorized free traders to buy rice at any price for the purpose of its subsequent delivery to the state food fund.

Thus, on the one hand, the authorities bought all the rice in the district to the last grain, and on the other, prevented the supply of rice to Bengal from other regions of the country.

e. The government carte blanche for the purchase of food has launched an inflation mechanism. As a result, some merchants, instead of delivering food to the authorities, postponed it for a while in order to sell at a higher price. This led to worsening food shortages and further price increases.

g. The magnitude of inflation was fueled by massive military activities, which were funded by overtime loading of the money printing press. The excess paper money supply, caused by the policy of the authorities, led to a general inflation, which hit the impoverished rural population particularly hard.

h Despite the fact that English law in India provided for the possibility of introducing a state of emergency in the event of natural disasters, hunger was not officially recognized as such at the official level, the authorities did not impose a state of emergency and, therefore, did not take adequate countermeasures to remedy the situation. It was only in October 1943 that the British government finally paid attention to the extreme nature of the disaster, but even then the authorities still refused to take decisive measures that the situation could demand.

and. Despite the fact that India imported about 1,8 million tons of grain before the war, England took care that India’s trade balance in rice rose to a record level in the tax year 1942 / 43.

j. The complicating situation in Bengal was discussed in the English parliament at a meeting in which only 10% of the members of parliament were present. The result of repeated applications for food imports to India (with a population of about 400 millions) was the delivery of approximately half a million tons of cereal in 1943 and 1944.

For comparison, in the UK with a population of 50 million, net grain imports in the second half of one 1943 year amounted to 10 million tons. Churchill repeatedly banned the export of any kind of food to India, despite the fact that during World War II about 2,4 millions of Indians served in the British units.

The least that the people of India and Bangladesh can do is to erect a monument to the millions who fell from the hands of a cruel monster. Let's at least fix the story!