The Russian team won no gold medals at the International Mathematical Olympiad, but "We are pleased with the result"

July 17 2015
155
Well, this is another article that has nothing to do with military topics, geopolitics, or national security, readers will say. Yes, by and large, the issues of education and its problems should be dealt with by the relevant departments with coverage in specialized portals. But during the preparation of the material, it turned out that the profile educational portals on the subject of the recent International Mathematical Olympiad held in Thailand are mostly silence. But the results of this Olympiad, by definition, cannot be hushed up, since they in one way or another demonstrate the state to which the national educational system came as a result of an epic reformation, about which they blew it from the highest tribunes.

The "Olympic" results, as they say, touched, and therefore the author of the material decided to discuss the problem, which, by and large, is linked both to the future of the educational system in our country and to the national security system, which is practically inseparable from the level of education of the young generation . So, about the results of the international math tournament held in sunny Chiang Mai (Thailand). 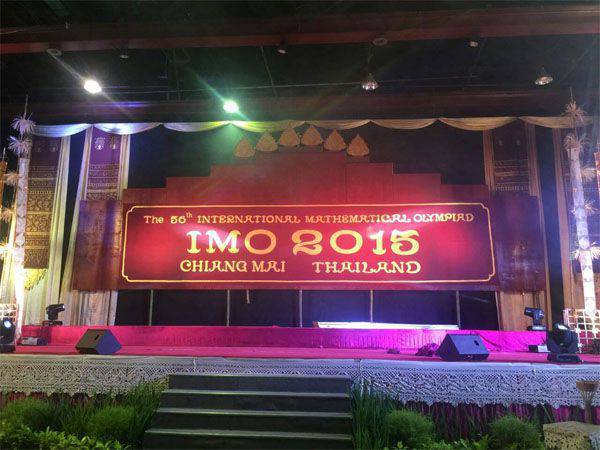 These results, to put it mildly, are disappointing. First time in stories of the participation of schoolchildren of the USSR and the Russian Federation in these olympiads (and the International Mathematical Olympiad in Thailand was 56), the national team did not win a single highest award! Not one! .. Moreover, in the team event, the Russian national team for the first time in history did not even enter the twenty strongest teams. And the victory in the IMO was celebrated by the USA national team, which took away the palm of mathematical primacy from China, which won at similar tournaments for two years in a row (in 2013 and in 2014). The last Russian success (meaning the first team place) is dated 2007 year. And the last Russian prize (the second) in the team event was won 5 years ago.

This time, not a single Russian representative became the gold medalists of the International Mathematical Olympiad, considered the most prestigious of the natural science tournaments for schoolchildren. This is especially depressing due to the fact that schoolchildren of such states as North Korea, Peru and Iran conquered “gold” at IMO. Ukrainian and Singapore schoolchildren, representatives of Australia, China, USA, South Korea, Japan and several other states won gold medals. Russia, for decades (since Soviet times), has been among the leaders in terms of mathematical knowledge among schoolchildren, remains behind the world's mathematical elite. It would have been possible not to report about it - they say, well, they did not win the "gold", with whom it does not happen ... But silence in this case is hardly appropriate. After all, this is, firstly, not at all an accident, and secondly, it is possible to quietly measure the ratings of schools and universities “according to their scale”, stating that Russian educational institutions and organizations by foreign expert groups are “unfairly” moving back lower and lower in the list of positions, but the fact remains: a total decline in the level of education in Russia takes place. And if it came to a “knock” in the mathematical field, which has always been considered a litmus test of the educational environment, then this clearly indicates that it is time to restore order in the educational system.

The first thing that comes to mind in this regard, of course, is the USE system. Yes, the Unified State Exam helps children from ordinary families, from the Russian hinterland, without any problems, to enroll in universities located in large cities. Yes, the USE allows you to build a unified assessment system and, as it were, allows to reduce the level of corruption. At least, the “reduction in the level of corruption thanks to the USE” is spoken in the Ministry of Education and Science. But on this the praises and solemn chants of the Unified State Exam, which turned not into a system of checking the student’s level of training, but into a final link of many years of training on a narrowly defined circle of tasks, can be ended. Schoolchildren (and this is well known from personal experience) have largely ceased to understand the essence of laws, formulas, concepts. The system of preparation for the Uniform State Exam, as it were, draws a middle line in the process of learning between talented children and those who by nature are not strong in mathematics. As a result, it all comes down not to an understanding of the essence of the educational discipline, but to a constant “prorescence of typical exercises”. They say that the more “typical tasks” we solve in class, the more chances you (students) will have to solve similar tasks on the Unified State Exam. It is clear that this is not a fatal mistake of the teaching community, it is an imposed system, which in turn leads to a crisis in the entire educational environment.

“Typical” tasks have overshadowed everything, and as for the actions of schoolchildren in non-standard situations when solving problems for logical, abstract thinking, there is a dead end here. One could declare an exaggeration, but after all, the same International Mathematical Olympiad, which the modern Russian system of mathematical education has lost with a crash - isn't it one of the indicators of the crisis? Well, not “typical” tasks for MMOs ... Not typical ... As if a bell for the Ministry of Education and Science, that in our Universe, the goal of educating young people is not only and not so much passing the USE for entering the university for the next “eHvective manager” ...

Against this background, a statement of the leaders of the national team of Russian schoolchildren participating in an IMO looks like some kind of evil irony (you can hardly address complaints to schoolchildren themselves, because they are the product of the system that has been implanted in the education of Russia in recent years, the product of the EGEE) . So, the statement of the team leaders looks like this:

Our guys won 6 silver medals, and we, and they are pleased with the result. 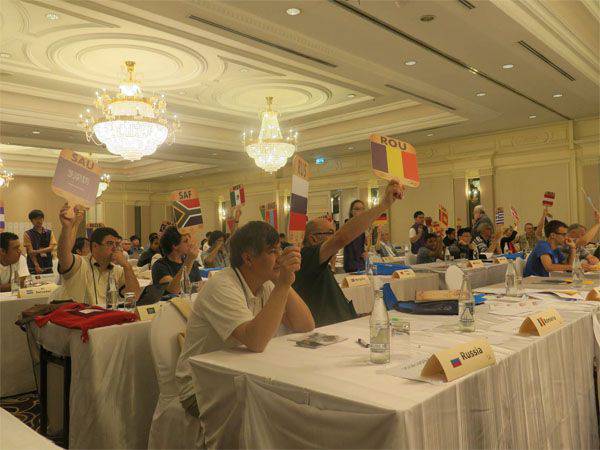 Is such minimalism justified? .. It is unlikely ...

Apparently, soon for the calculations, it will be necessary to buy not only Chinese and American computers, but also to “write out” the Chinese themselves to help them figure it out ... Here you, grandmother, and import substitution ...

I am glad for the fact that from the International Physics Olympiad, the Russian guys brought 4 gold awards. But in the Ministry of Education and Science, apparently, they are ready to work on this result ...