The right to collective defense

July 16 2015
23
In Japan and abroad, they are actively discussing a bill that is supposed to be stories allow the use of armed forces outside the country as part of collective defense. The package has already been approved in the lower house of parliament and has a high chance of full passage. Most of all, it is the Americans who benefit from the current version of the law, who in fact create an analogue of NATO in the Far East. China has traditionally identified its discontent, which was just as predictably ignored. 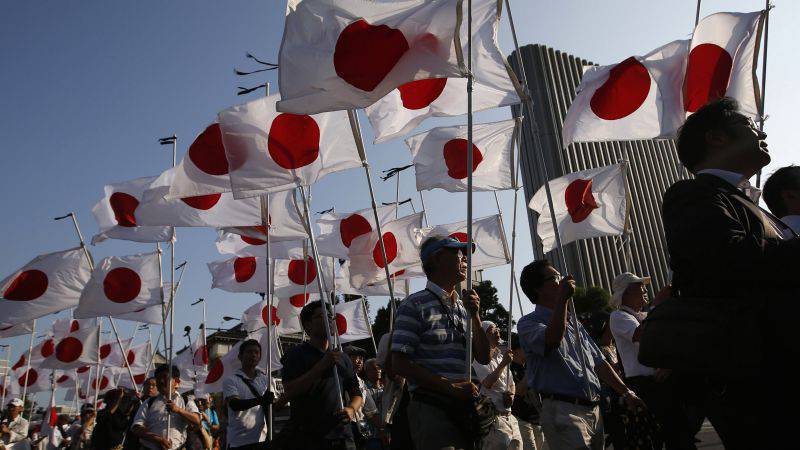 In fairness it should be noted that these changes were planned by Japan for a long time, almost from the 1980-x. The concept of self-defense in its pure form is outdated both technically and politically. How to interpret, for example, the possible interception by the Japanese antimissiles of a North Korean ballistic missile, which will take place in outer space - that is, outside the air borders of Japan? Or escort warships of merchant ships on the high seas? Or peacekeeping missions in the Middle East? Even with a simple sea battle, projectiles or missiles can easily get into the enemy’s waters, which is also a formal violation of the constitution.

The empowerment of the Self-Defense Forces is also demanded by the Americans, who are tired of bearing the burden of control over the region in splendid isolation and require Tokyo to expand their area of ​​responsibility and mutual defense obligations - previously only the United States had to protect Japan, but not vice versa. The White House does not hide the fact that it wants to see its main Far Eastern ally more actively involved in patrolling the South China Sea and defending frankly weak countries. The logic is there. Taiwan is essentially a US-Japan protectorate, and the Philippines is moving towards the same status. Expanding the area of ​​responsibility, the Japanese are guided by a certain wisdom, which calls to meet the enemy on foreign territory, before he gets to yours. But not everything is so simple. If the Japanese on the Philippine Islands may appear soon enough, then regarding Taiwan, China has long warned that the appearance of any foreign soldier there will be interpreted as an invasion with all the ensuing consequences.

No less interesting is the question of the possible presence of the Japanese military on the Korean Peninsula. Given the difficult relations between the two countries and the difficult historical legacy, now it is difficult to even imagine. However, with a possible deterioration of the situation in the demilitarized zone, Seoul will have to think hard about the participation of the eastern neighbor’s army in hostilities. In the last Korean war, Japan actually acted on the side of the coalition, however, performing exclusively transport and logistics functions.

Although the population of the Land of the Rising Sun for the most part does not support the undertakings of the leadership, the latter took a firm course toward the expansion of military power. Even in the relatively safe Pacific area there are powerful military bases on the islands of Iwo Jima and Minamitorishima, access to which is denied to civilians. The largest helicopter carrier, Izumo, was commissioned; a destroyer and a landing craft of a new generation are being designed. And all this is only a small part of the changes.

Not only pacifists, but also radical patriots are dissatisfied with new initiatives in Japan. Instead of a full army and fleet they get a heavily curtailed surrogate who will participate in colonial missions around the world for Washington's interests. After all, everyone knows where mandates for the use of force are issued and who determines which intervention is aggression and which is not. On the other hand, the Self-Defense Forces have become even closer to the status of a full-fledged army, since they include the use of weapon first, in the event of a military threat and provocation by the enemy. Also, special forces now receive the right to free Japanese hostages captured abroad - a consequence of the notorious story of the killing of two Japanese in the territories controlled by the "Islamic state." The bureaucratic procedure associated with sending the military to other countries is also simplified. In the future, as expected, the Self-Defense Forces will also gain the right to be the first to attack enemy territory.

The fall of the post-war restrictions is a natural process, partly begun as early as the late forties, and the Japanese are far from the first. More 19 September 1990, Finland announced that it does not recognize more than 19 article of the Paris Peace Treaty with the USSR, which imposes military restrictions on Suomi. 12 July 1994 in the united Germany was amended to the constitution, forbidding sending troops abroad.