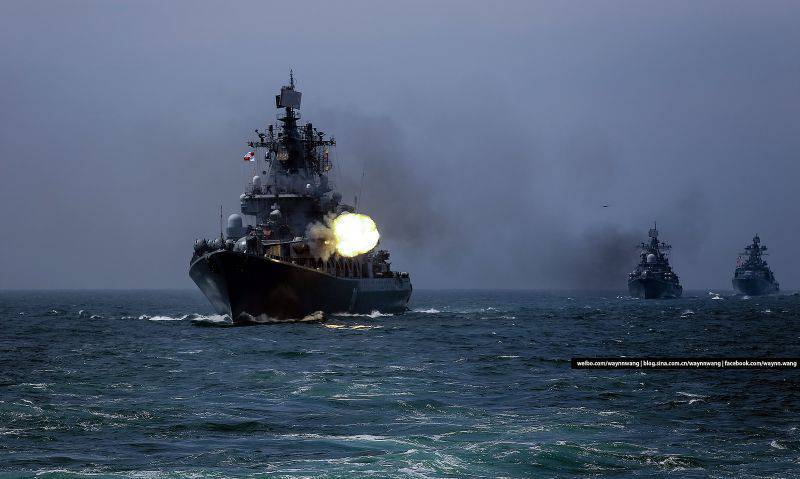 Educational and entertaining article about the beauty and capabilities of the naval fleet. 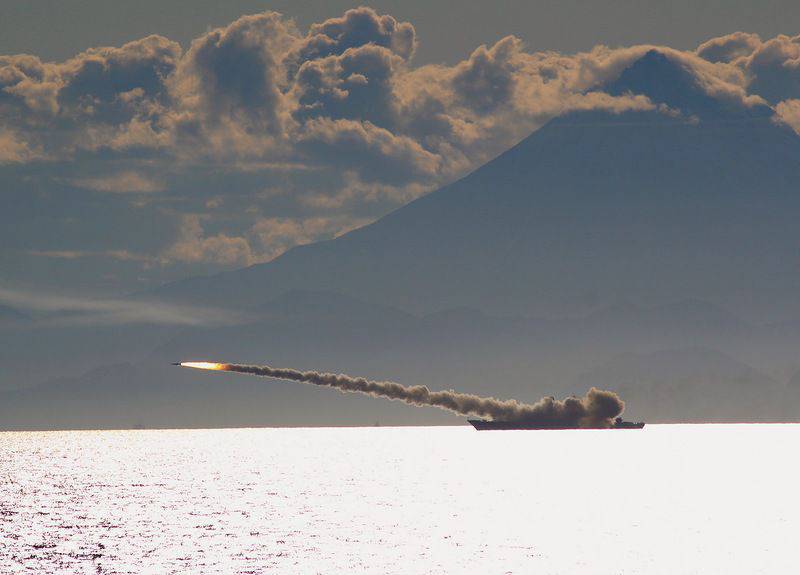 The large distance from which this image was taken hides the actual dimensions of the rocket. The length of the “Mosquito” - 9 meters. Starting weight - 4 tons.

Three-sweep anti-ship munition, which received the NATO designation "Sunburn" ("sunburn"). Equipped with a marching ramjet engine. Even today, “Mosquito” continues to pose a threat to any adversary. None of the American Aegis is able to intercept such a goal, all hope is only for EW funds. 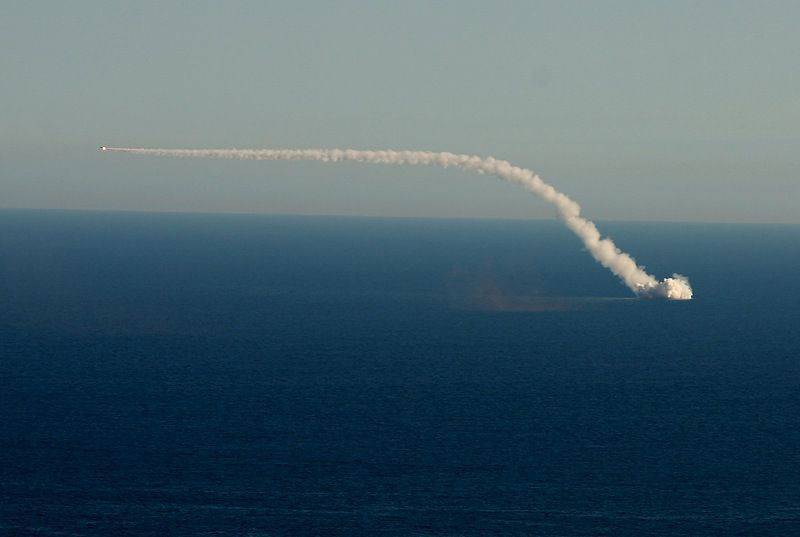 In continuation of the KSHU “Vostok-2014" chronicle. Start-up of the RCC "Granit" from the underwater position from the submarine of the 949А submarine. 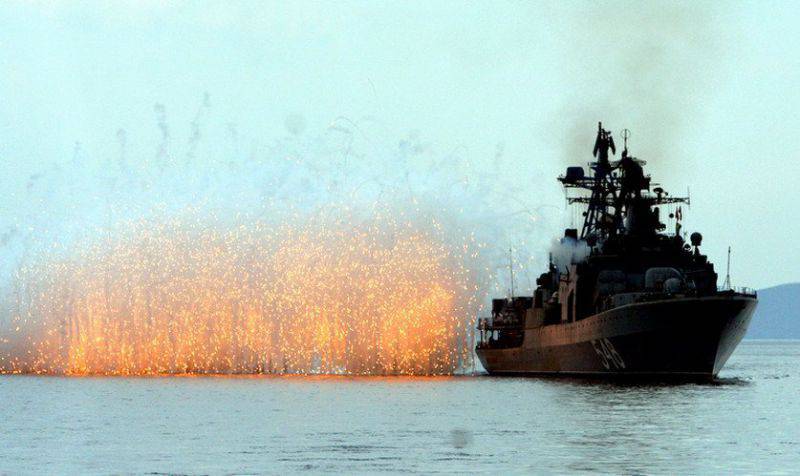 Shooting dipole reflectors from the side of the BOD “Admiral Panteleyev”. 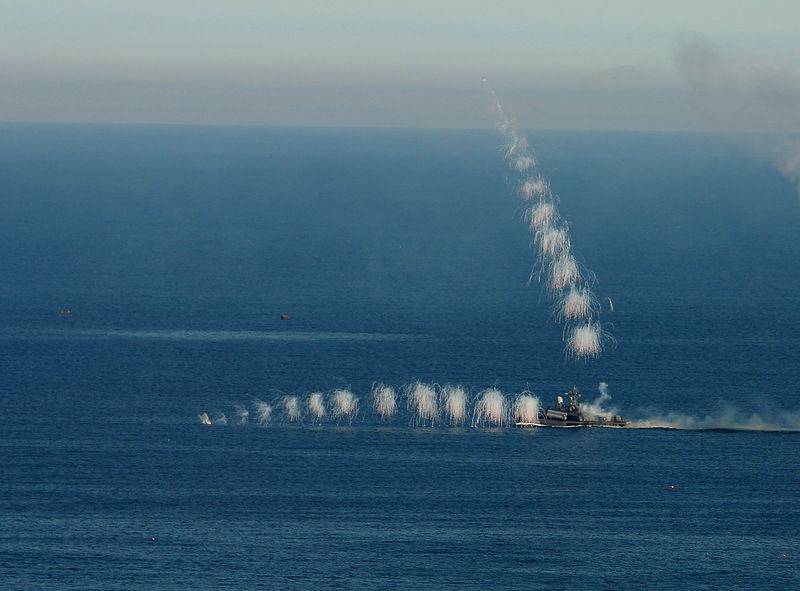 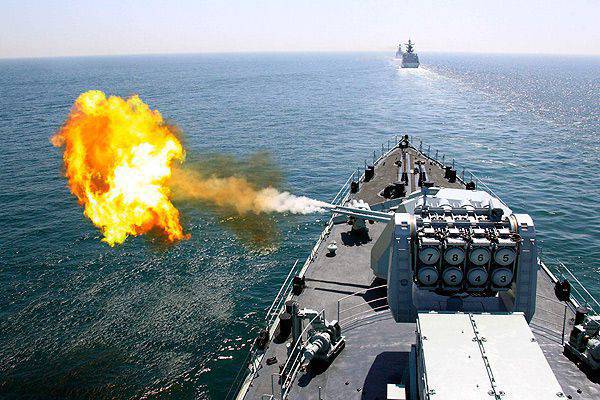 The Chinese destroyer Harbin is firing from the 100 mm AU PJ-33A. Joint Russian-Chinese exercises in the Yellow Sea “Sea Interaction-2012”. 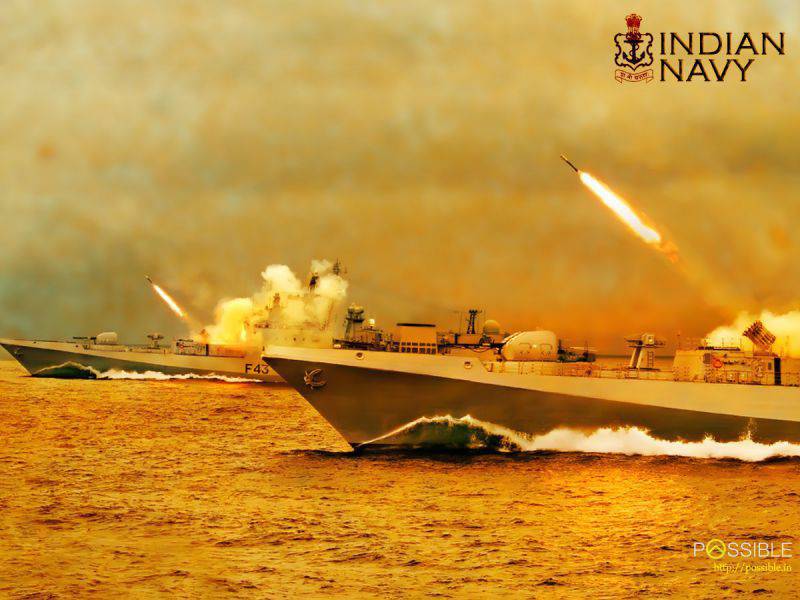 Promotional poster of the Indian Navy. Frigates of the Talvar type are firing from jet bomb bombs (RBU-6000). “Talvary” is an export version of the Russian frigate Ave 11356. 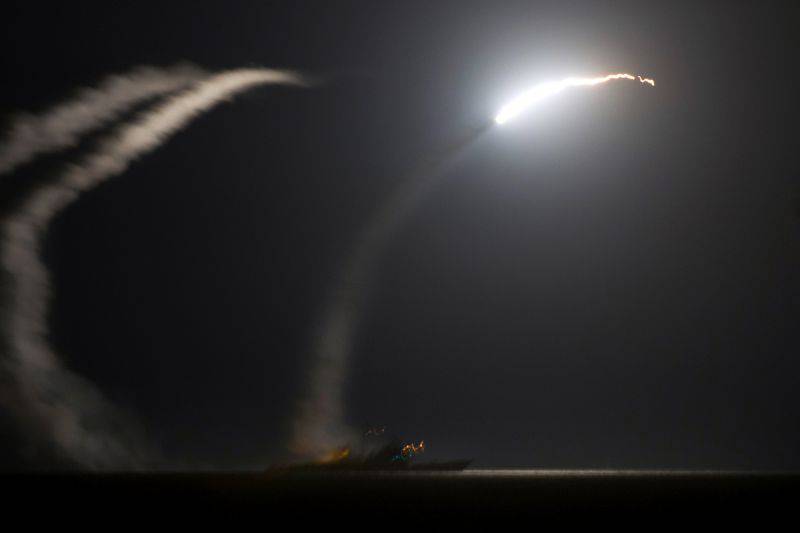 And this is not a joke. Missile cruiser “Philippines C” shoots at positions of ISIS. September 2014 of the Year, Red Sea.

The start-up booster throws the Tomahawk up 1000 feet. There, on the descending branch of the ballistic trajectory, the air intake of the main engine moves forward, the rocket spreads short wings and rests on the combat course.

... Under the wing, the coastline was curved - the Battle Ax arrived in the area of ​​primary correction. TERCOM and DSMAC guidance systems are activated, the radar and optical sensors carefully “feel” the terrain. Having compared the data with satellite images, the Tomahawk waved the short surfaces of the rudders and rushed in the direction of the chosen target ... 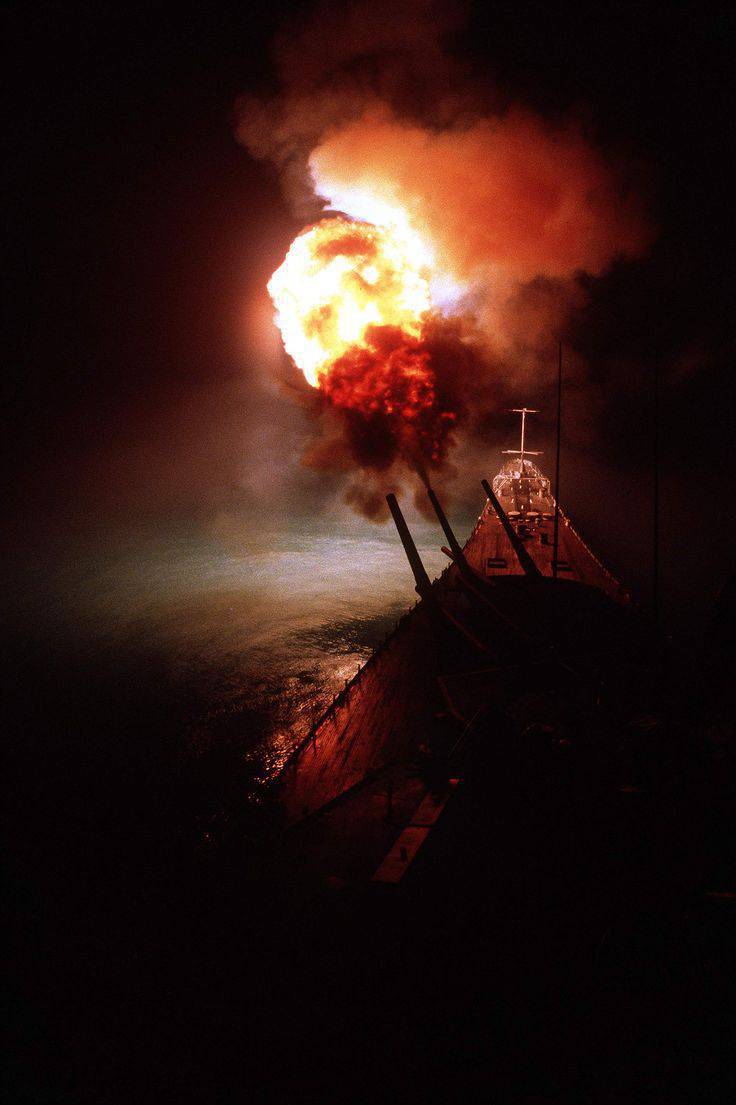 Where without large-caliber "bombard"! Winter 1991 of the Year, “Missouri” gut Iraqi shores.

The average range of battleship shots during Operation Desert Storm was 35 kilometers.

The explosion of the 862-kg high-explosive projectile Mk.13 created 15-meter crater 6 meters deep. Vietnam veterans recalled how a blast wave cleared a “spot” in the jungle with a radius of 180 meters suitable for landing a helicopter.

At a distance of 20 kilometers, the 1225-kg armor-piercing “suitcase” Mk.8 APС could penetrate half a meter of steel armor or over six meters of reinforced concrete - no fortification could stand up to the power of 406 mm guns.

By analyzing the videotapes, Iowa could have made the main caliber an hour before 1000 shots. Such a density of fire corresponded to the wings of two aircraft carriers. 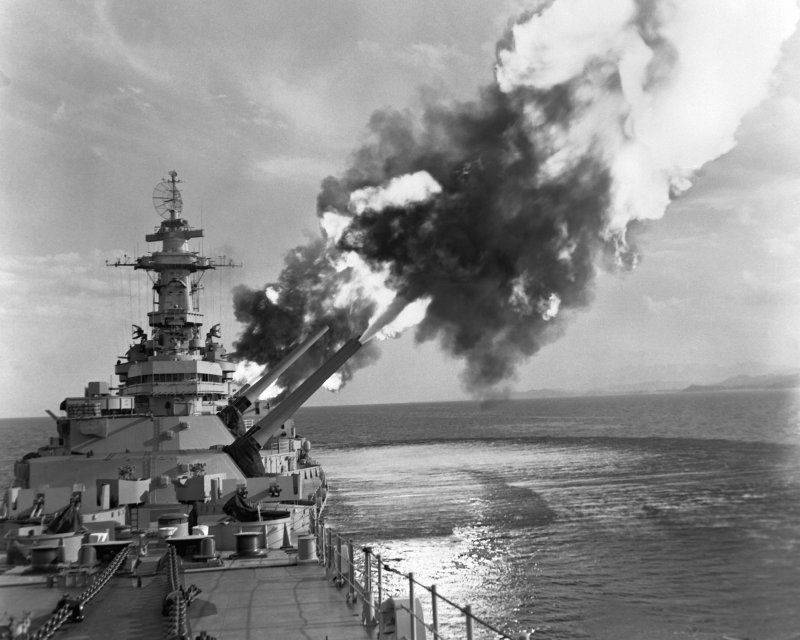 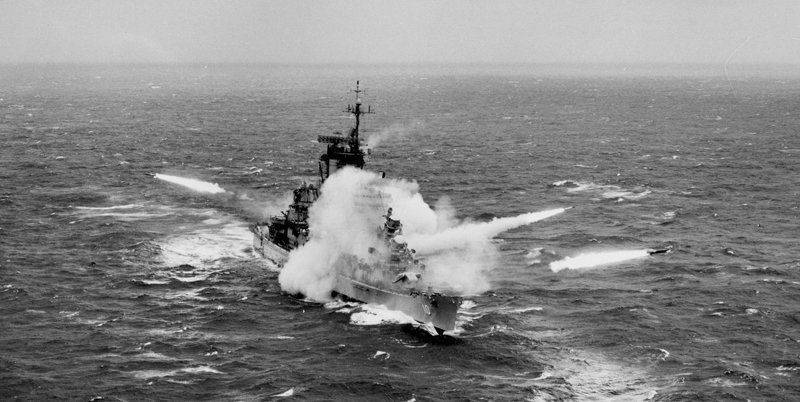 In battle - the Albany missile cruiser! Built at the very end of World War II, the Albany was completely rebuilt into a rocket ship. A real masterpiece of steam-punk: boilers and radars, decorated with 40-meter mach-pipes and five rocket systems. 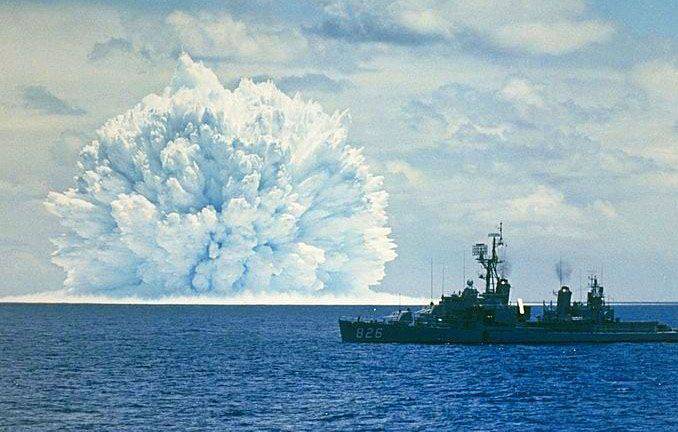 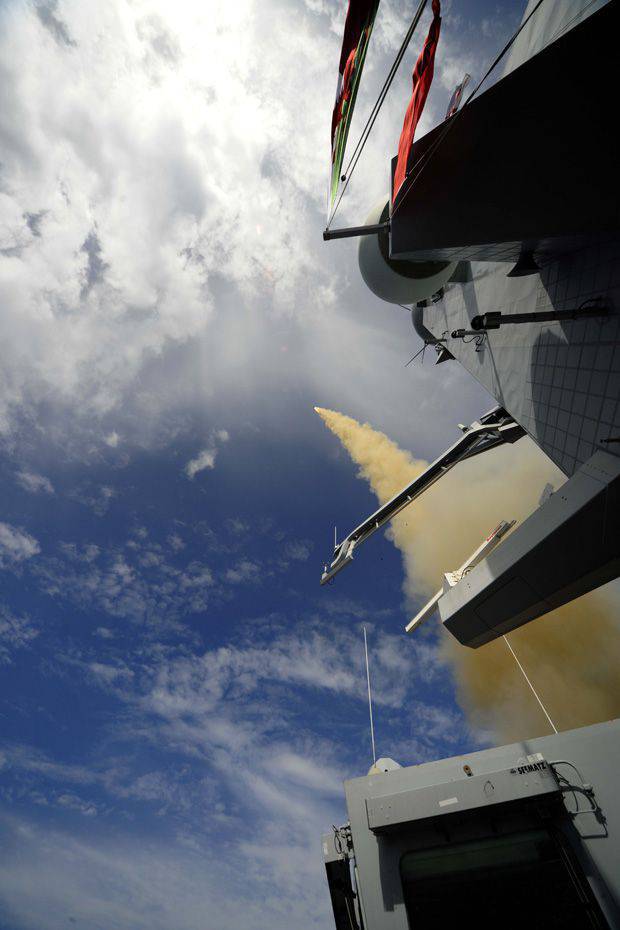 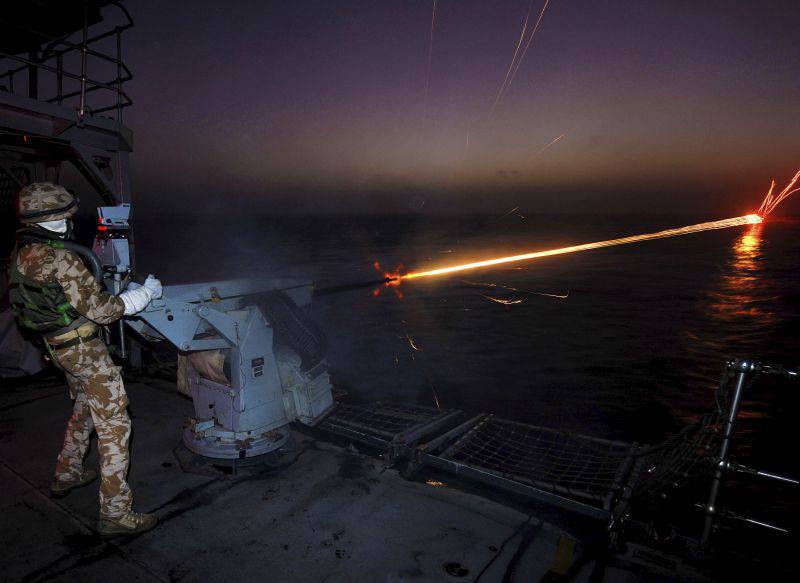 Anti-sabotage means of the frigate “Cornwell”. Persian Gulf. The installation itself is a classic “Oerlikon” on a modern carriage. 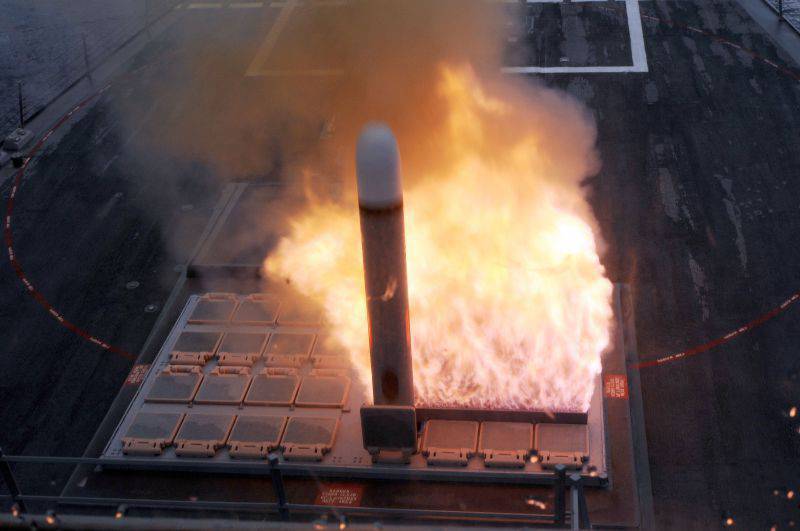 Exit the “Tomahawk” from the bow of the destroyer “Farragut”. 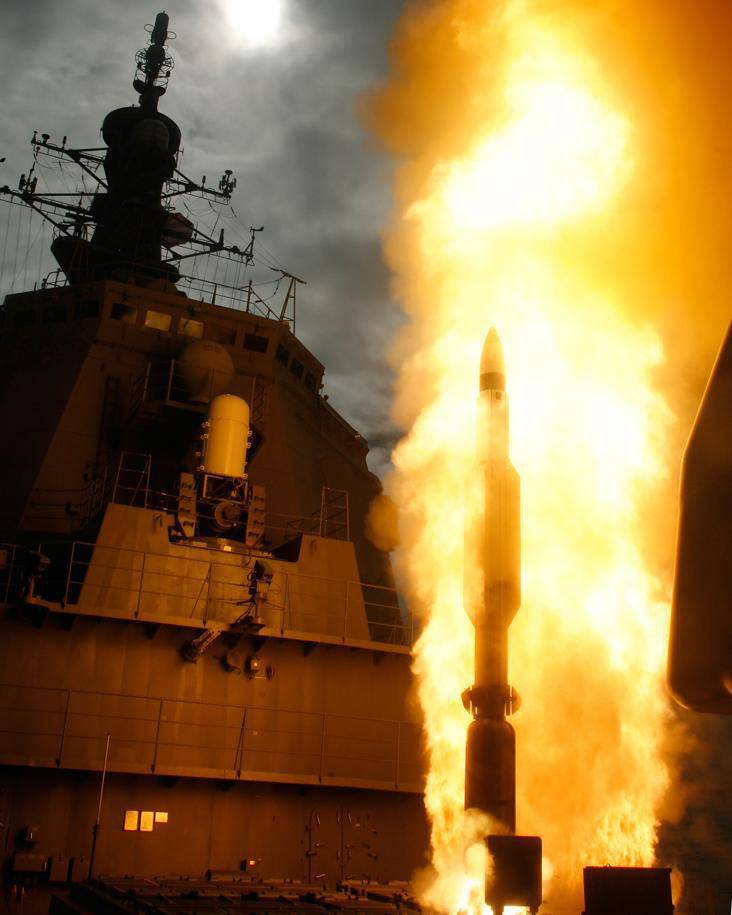 The launch of the SM-3 space interceptor from the Japanese destroyer Congo, 2007 year. 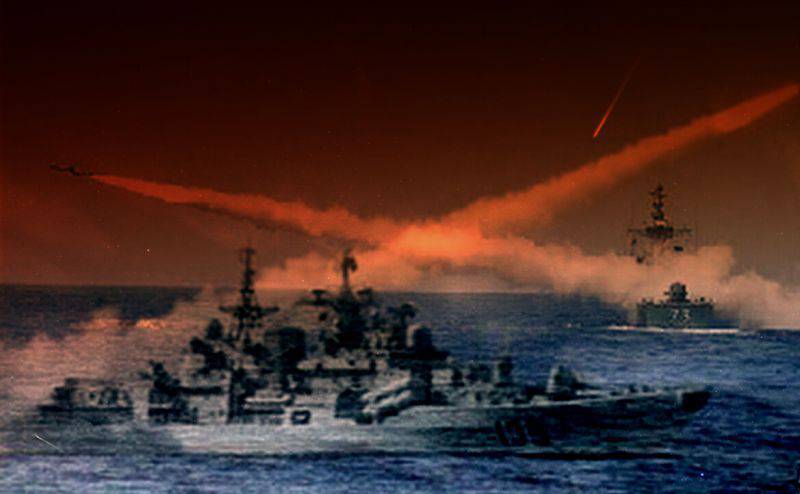