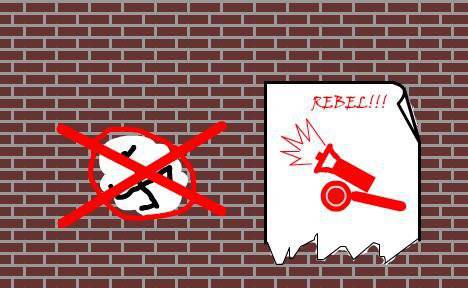 We are contemporaries of the era of change. Against the background of the constant deterioration of the political and economic situation in the world, the aggressive thoughts of totalitarian democracies and the transnational corporations of the West behind them are only growing, as are the similar aspirations of the dictatorial regimes of the East. Striving to satisfy their interests as quickly and fully as possible, these political and economic monsters shamelessly play on the basest instincts and mercantile interests of those corrupted by the "consumer society" or, on the contrary, depressed by the material poverty of the inhabitants of their countries.

Given these conditions, as well as the finiteness of the resources of the planet, the struggle for a new division of the world seems inevitable. And, in view of the global nature and the totality of the erupted crises, this struggle will have equally global and total goals, which predetermines absolute non-selectivity in the media. The coming war, which will cover the whole world with a permanent storm, will use to the maximum degree all types of weapons known to mankind and the latest achievements of scientific and technological progress; the struggle will unfold in five environments: on land, at sea, in the air, in space and in the information sphere. Regardless of how long this struggle will last, and who will emerge victorious from it, the losses of all mankind will be enormous. Its ending will be a new era in stories of the whole world, and the next generations will live in a completely different era, when Personality, Society and Culture will be finally enslaved and absorbed by Mass, the Corporation and Mass Media.

All this is possible in the near future. However, now we see a different situation: the situation of a peculiar positional impasse, when the regimes of the decrepit West are still strong enough, and again raising the head of the East - too weak to begin decisive actions. In this regard, the anti-people regimes of totalitarian democracies and dictatorships are limited to a variety of semi-underground attacks, demarches and muscle rattling and weaponsaccumulating strength for the upcoming fight.

We are witnesses and direct participants of this entire priceless performance, traditionally referred to as the “historical process”: all these economic and political crises, local conflicts, destructive phenomena in culture, mass hysteria - all these are just the means and consequences of the “cold war” that precedes the inevitable war. "Hot." Of course, all these phenomena are extremely negative for humanity, in general - and therefore, for each individual person, in particular. On the other hand, these phenomena of instability and limited combat capability of anti-people regimes are a signal for all progressive humanity and, at the same time, serve to facilitate the beginning of its struggle.

While the world liberation movement itself is still too weak and divided, to immediately begin its speech. Moreover, it does not even have a sufficiently broad support of the masses, corrupted by the consumer worldview. In this regard, progressive humanity should not yet begin to force actions, but it does not have sufficient resources and weapons for this. At the moment, in order to pour into the ranks of all those who are not indifferent and convince the doubters, he needs to start using the widest possible means of ideological and propaganda struggle. The principles and methods of using the latter are dedicated to this work, the spiritual ancestors of which are the famous “Anarchist Cookbook” and the more modern “Media Activist Cookbook” (which we strongly recommend to read also). So:
AGITATION GURILYA
Part of 1: INTRODUCTORY

The term “propaganda” comes from the Latin word “propaganda,” literally meaning “to be disseminated,” and is used to define the dissemination in the society of any meaningful information in general.

The term “agitation”, which goes back to the Latin “agitatio” - literally “set in motion”, means the dissemination in the society of any information that encourages activity.

Thus, agitation and propaganda, although closely linked, are still far from being one and the same entity. Speaking quite simply, propaganda is “something”, and agitation is “for something”.

This seemingly insignificant difference is, in fact, quite significant, since it is precisely this difference that determines the differences between propaganda and propaganda work in the tasks and methods of action. They, in turn, determine the requirements for the propagandist and agitator, which are also different.

A propagandist is, first of all, a systematizer. Its task is to filter out valuable information from the fetid stream of “white noise” and form it in the most simple and compact form. He works with news reports, journalism, scientific works, etc. - extracts the necessary elements from them and assembles them into the required design.

Such a construction and contrasting “propagandist-agitator” can be reproached with artificiality and isolation from practice. In a sense, this is true, because propaganda and agitation are inextricably linked, why any cell fighter can and should be required to combine the qualities of both a propagandist and an agitator. However, here this distinction is introduced only in order to show the actual difference between these two areas of information struggle.

Having dealt with the roles, you can proceed to talk about the scenery of the upcoming action. Since this refers to the struggle in the information field, it is necessary to clarify what the information itself is.

The term “information” comes from the Latin word “informatio,” literally translated as “clarification,” and means information about the world that is meaningful for the performance of an action, without which action cannot be taken.

This means that we, in fact, cannot in any way call “the mass media” as such, since they practically do not carry information in the true sense of the word. In any case, this can definitely be said about the so-called “official media” and “commercial media”, almost all of whose “information” is a flow of words and images of a disinformative, entertaining and advertising character.

To a greater degree fits the definition of "media" global Internet. In it, despite the high “pollution” by commercial advertising and the usurpation that has begun from anti-people regimes (in the form of, for example, the so-called “Great China Firewall”), you can still find uncensored news reports and free information resources.

However, all the benefits of the Internet come to naught by two factors. First: the above-mentioned “pollution” of the Network of various kinds of advertising, pornography, disinformation and virus programs. The second is the specificity of perception of information from Internet resources: due to various psycho-physiological factors, the speed of “surfing” between sites and, to a large extent, incorrect formatting and layout of resources, the user absorbs only a small fraction of the information offered, no matter how valuable it is by oneself.

These factors require a person if he intends to use the Internet as a source of objective information, considerable persistence, perseverance, and ability to independently search for and filter information sources. All these requirements severely limit the use of the Network as an information resource. In addition, the existing technical advances now allow the introduction of censorship of the Internet space, which will undoubtedly be used by anti-people regimes. Considering all these factors, it is impossible to call the Network, as a whole, a mass medium.

Thus, a person, for various reasons, is actually in the information vacuum. Some “vents” and windows into reality are a few uncensored newsletters of the Internet, illegal television and radio channels, as well as some, again, unofficial, print media and libraries.

In this regard, the soldiers of agitation and propaganda cells are tasked with finding and disseminating truthful information among the population about the real situation in the world, promoting the latest achievements of socially useful science and culture, as well as agitating the population to combat anti-people regimes.
Despite all the achievements of technology in the field of communication, the most important and most effective means of accomplishing these tasks are still quite “old”, from a historical point of view, means: radio and print. The “strength” of these communication methods lies both in the specifics of their format and in relative simplicity and low cost.

However, the use of radio in current conditions is very difficult, due to the control of the air by the anti-people regimes. In addition, the widespread dominance of commercial and official radio stations makes it very difficult to find illegal channels on the part of those who are not indifferent and interested. Finally, the use of radio channels still requires fairly large technical capacities, which simply cannot be in small cells.

In addition, we should not forget about the historical role of writing and printing as the main means of preserving and spreading the cultural and historical heritage of the peoples of the world and scientific and practical knowledge.

Finally, the dignity of printing is in its “thingness,” the materiality of the print medium. A message read from a sheet of paper is perceived much better than that seen on the website or transmitted orally. The person who spreads the printed word is no longer perceived as a common philistine, but as a preacher; the fact that he, in our time, decided on such actions, unwittingly causes the respect of the population. The “materiality” of the press also contributes to its further distribution on the basis of “read it yourself - give it to a friend”, which is also important in the course of the struggle.

Summarizing the above arguments, it is easy to understand that the printed word is the most effective means of agitation and propaganda activities. This is also confirmed by world experience: both the liberation movement and the anti-people regimes. The activist cells must undoubtedly turn their attention to the possibilities of the SEAL.

Now that the conditions of the forthcoming struggle are determined; the tasks facing the activists in its course and the basic capabilities of the combat means should refer to the principles of organization of the cell itself. The following section is devoted to this issue.