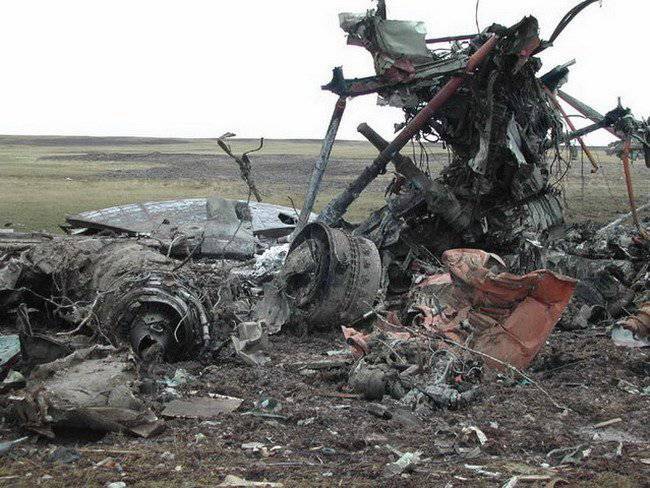 At six hours two minutes Moscow time on October 20, 2011 a tragedy occurred - on Amurskaya aviation the base (military unit 62266) crashed a military aircraft Su-24, assigned to military unit 23326, there are victims.

The aircraft followed the Vozdvizhenka Aviation Repair Plant to Ussuriysk for scheduled repairs. At the aviation base "Ukrainka" the bomber was to be refilled, but when landing on the Su-24 landing strip the front landing gear broke, the bomber began to dig the ground with its nose, turned over and exploded, the pilots of the plane Major Oleg Noskov and Major Vitaly Novoseltsev died on the spot .

The fire engines tried to extinguish the burning remains of the aircraft for several hours, military experts and investigators from the Eastern Military District are working at the accident site, and specialists from Moscow are expected to arrive. In the military unit raise the documentation of the flight and recording the crew talks with the dispatchers.

On a bomber by happy coincidence there was no ammunition that could lead to larger casualties. At the moment, a criminal case has been initiated (article 351 of the Criminal Code of the Russian Federation “Violation of flight rules”).

The Ministry of Defense ordered all military units of the Russian army to immediately inspect aircraft and report on the technical condition of the vehicles.

According to one of the preliminary versions, a catastrophe occurred due to a malfunctioning drive or a broken landing gear while trying to stop the plane on the runway.

This is the latest Su-24 plane crash from a long list of accidents with this type of bombers.

The first Su-24 flight incident happened in March 2006, then the Su-24М bomber crashed in the south-west of Voronezh, the pilots managed to eject, no one was injured. A case was also initiated under the same article, but the results have not yet been officially announced. Unofficially - wear and tear of aircraft equipment. In the same year, two more accidents occur Su-24, near Kaliningrad and in Primorye. The pilots successfully ejected. The cause of the accidents is bad weather conditions, the pilots did not cope with the control.
The following incident occurs in the Khabarovsk Territory at the end of August 2007. The Su-24 crashes, the pilots successfully eject.

The next flight incident occurs in mid-December 2008 year. When performing flight training bomber from the same regiment crashes in Kashirsky area, near the village Mosalskoe. Again the same article, and the result is not officially made public. Unofficially, according to the pilots, several hydraulic systems failed.

The penultimate accident that occurred with the Su-24, happened in mid-February 2010, at the Pushkin military airfield. The aircraft ignited for some unknown reason after landing, after dropping the braking parachute. The pilots tried to shoot down the fire, but the bomber burned to the ground. The crash investigation is over; there are no official reports of what happened.

The bomber is considered very difficult to manage and has a very high accident rate.

Only on testing prototypes was 14 machines lost. From 2000 to 2011, the loss of Su-24 serial combat aircraft in the Russian Air Force amounted to 15 machines.

We are in Yandex Zen
ZM - strategic bomber, aircraft tanker
An-12 in Afghanistan
15 comments
Information
Dear reader, to leave comments on the publication, you must to register.