Iran and intermediaries: import of weapons has become a stumbling block 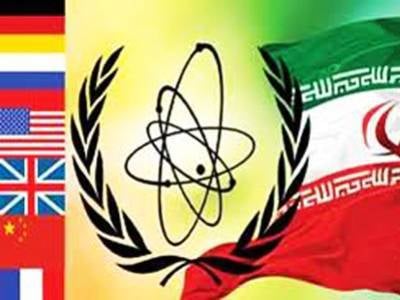 Last Sunday, Iranian Foreign Minister Javad Zarif said that an agreement on the Iranian nuclear program will be concluded on Monday. “We will continue work tomorrow, but there will be no extension of the negotiations,” he said. Mass media note that lifting the arms embargo remains the central problem on which the parties cannot come to an agreement. Tehran insists on the abolition of the ban on the import of weapons, and in exchange is ready to limit its nuclear program.

The agreement on the Iranian nuclear program will be concluded on July 13, Iranian Foreign Minister Javad Zarif said yesterday. "We will continue to work tomorrow, but there will be no extension of the negotiations," he said. "Vesti".

The negotiators pinned certain hopes on Russian Foreign Minister Sergey Lavrov, who arrived in Vienna on July 12. The Iranian side hopes that S. Lavrov will be able to help the negotiation process, which “stumbled” on the issue of arms embargo. Reported it TASS representative of the Iranian delegation.

"This question slows down the process," said the source. “We are looking forward to Lavrov, who with his experience will be able to suggest how to get out of the situation.”

Earlier, on July 11, an unnamed Western diplomat told TASS that the issue of arms embargo remained at the negotiating table one of the main ones. According to the source, the Iranian side was ready to agree to maintain the embargo during the “six months after the transaction”.

Another TASS source, several days earlier, was convinced that a compromise on the arms embargo was possible, and clarified that weapons the embargo can be maintained for a period of 2 to 8 years.

As for Lavrov’s position, he said the following: “Iran is a consistent supporter of the fight against ISIL and the eradication of this threat. The lifting of the arms embargo will help Iran increase its fighting capacity in the fight against terrorism. ”

On the issue of arms embargo on Iran Interfax July 13 told an unnamed source in the Iranian delegation. He said: Tehran is ready to make concessions to reach an agreement on the nuclear program, in particular on the issue of lifting the arms embargo.

According to the anonymous author, “the agreement is close, but so far there are several unresolved issues, including the problem of lifting the arms embargo.”

When asked whether Iran is ready to allow the lifting of the arms embargo not immediately upon signing the agreement, the interlocutor answered in the affirmative.

Earlier, a source in the European delegation, notes “Interfax”, said that the United States insists on maintaining the arms embargo for eight years. The Chinese side proposes to maintain the embargo for two years. But Moscow, according to Russian Deputy Foreign Minister Sergey Ryabkov, insists on the immediate lifting of the arms embargo on Tehran.

As analysts assumed, as a result of the negotiations, Tehran will have to tighten the nuclear program in exchange for the lifting of sanctions. According to preliminary agreements, reminds channel "NTV"Within ten years, Iran will have the right to enrich uranium only at one site, and it will reduce the reserves of raw materials tenfold.

In the US Senate, the forthcoming agreement was called "bad." A similar point of view on the issue is held by the leader of the Senate majority Mitch McConel and the chairman of the Committee on Foreign Relations Bob Corker. Both say they will not allow approval of the agreement in Congress, reports TVC.

Late evening 12 July Israeli 9 Channel conveyed that the negotiators agreed on the completion of negotiations until Monday (July 13), and before that their deadline was postponed several times. At the same time, the Iranian delegation accused Western negotiators of creating obstacles to reaching an agreement.

The 9 channel reports that Western negotiators have demanded that Iran stop supporting terrorist organizations, including Hezbollah and Hamas.

On the other hand, the IRI’s demand to abolish the embargo on the Iranian missile program imposed by the UN Security Council in 2006 was an obstacle. Russia supported Tehran in this matter, as it supplies Iran with weapons.

July 13 RIA News" led a statement by a high-ranking diplomatic source in the western delegation. In his opinion, the negotiations of the “six” and Iran under no circumstances will drag on longer than Monday (July 13). The interlocutor of the agency stressed that this would not be "for nothing."

Another source of RIA "News”, Located in the Iranian delegation, noted that the announcement of a deal on Iran will take place“ no earlier than late Monday evening. ”

In the opinion of Lana Ravandi-Fadai, senior researcher at the Institute of Oriental Studies of the Russian Academy of Sciences, whose words are given by radio "Satellite", in the very near future, the parties will be able to settle differences.

“Iran is very tired of sanctions and will now go to fulfill all the conditions for their removal,” said the expert. - The Iranians, in principle, have already agreed to a compromise. They agree that the arms embargo should be lifted six months later. As for today, despite all the forecasts, despite the fact that the deadline is often rearranged, despite the fact that Kerry said that a deal with Iran can be concluded before the end of the day, it is very difficult to say whether this will happen today or tomorrow. But, I think we will witness that in the very near future negotiations will lead to the beginning of the lifting of sanctions. I am sure that the parties will agree. ”

At the same time, she recalled that the US congressmen have a great influence on the course of the negotiations: most of them are against lifting the sanctions against Iran. But Ravandi-Fadai is confident that Russia will achieve a successful conclusion of the negotiations.

What can happen after the lifting of sanctions from Iran?

“In any case, Iran will try to reintroduce itself into the world energy market after the final lifting of sanctions,” said "Free Press" Igor Yushkov, leading expert of the National Energy Security Foundation. - For this, he will simply have to offer his energy at reduced prices. Iran will not limit production growth and will sell oil at low prices. ”

Iran’s expansion of oil and gas sales will not please its opponents in the Middle East, starting with Saudi Arabia. According to the expert, the crown prince of Saudi Arabia came to St. Petersburg to negotiate the construction of a nuclear power plant in the kingdom, which should demonstrate the nuclear ambitions of the kingdom. Since Iran will be allowed to trade in oil and continue to pursue a nuclear program (after all, Iran will not give up on it), then Saudi Arabia "wants to go exactly the same way."

“And this means,” the expert noted, “that it will deteriorate relations with the United States. As, by the way, and at the USA with Israel. We see that if a treaty is concluded with Iran, the balance of forces in the Middle East can change dramatically. ”

“In turn, thanks to its own production of shale oil, the United States is much less dependent on Saudi Arabia. And if desired, the Americans may well “stimulate” the uprisings in those parts of Saudi Arabia, where Shiites live. And this is just the main areas of oil production.

Therefore, an agreement with Iran can affect not only the Middle East, but also the whole world. Since Iran’s main ally in the region could be Iran. ”

14 July it will be clear what the outcome of the negotiations of Iran and the six mediators. But it is already clear now that any agreement that the Washington administration accepts will cause fierce resistance from the US senators, who believe that Tehran will not back down from making the bomb. The possible permission to import weapons for Iran also does not like Senate "hawks".