Russia and the development of the global crisis 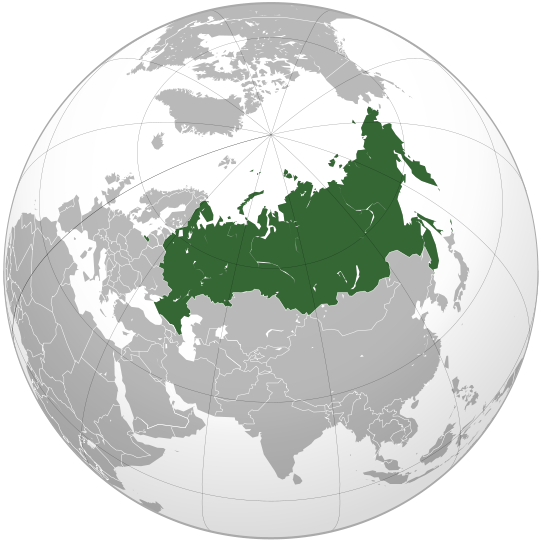 The Russian State Duma adopted a three-year budget in first reading (2012-2014 years). At the same time, many experts consider the document to be too bold and speak about the danger that the optimism shown during the development of the budget could cost Russia dearly in the future.

Experts are alarmed by the fact that the Russian budget is set on very optimistic forecasts for the price of oil. The state budget parameters were created based on the price of Urals brand black gold in 2012 at the level of 100 dollars per barrel, in the 2013 year - at the level of 97 dollars, and in 2014 in the year - 101 dollar per barrel.

Thus, the head of the Accounts Chamber of Russia Sergey Stepashin announced the need to provide for a “airbag”. Dmitry Abzalov, a leading expert of the political conjuncture center, believes that the macroeconomic indicators, on the basis of which the budget is built, are greatly overestimated and it is “very risky” to calculate the budget based on them. Therefore, it is necessary to provide an action strategy in case of an unfavorable scenario.

In the event of a fall in the price of oil, Moscow will have to think about how to plug budget holes. It is possible to borrow in foreign markets, but this leads to cost overruns and a certain dependence on the lender. An example of the regimes of Gorbachev and Yeltsin, who drove Russia into debt bondage, is very characteristic. We'll have to switch to economy mode, which is also not encouraging, the example of Greece and other European countries before our eyes. In Russia, and so the mass of socio-economic problems, cuts in spending on "social programs" will automatically lead to an increase in discontent. And so, some analysts believe that the “pre-revolutionary situation” has already practically developed in Russia.

Not encouraging others news: The index of entrepreneurial expectations "Barometer" Business Russia "" in September 2011, collapsed more than 3 times (from 2,5 to 8). This fact suggests that Russian entrepreneurs are preparing for the worst. And the worst is what analysts have been talking about for a long time - the second wave of the global crisis. The consequences of such expectations will be a decrease in the number of employees, the withdrawal of some enterprises in the shade, a reduction in investment and fixed assets, social programs, etc.

One after another, negative “signals” come from the outside world: the number of conflict situations in the world has increased, which, like hotbeds of fire, speak of the possibility of creating one huge world fire (war); social protests are spreading to more and more countries and people and becoming more violent; the crisis in the United States and does not think to end; the possibility of the collapse of the eurozone and the European Union; “Chinese problem” (what will happen to China if the world does not need its goods?), Etc.

What will happen to Russia if the world is overwhelmed by a new wave of crisis, even more powerful than the first?

Unfortunately, Russia has not been able to translate the economy into “new rails” since 2008. The country's income depends on the export of natural raw materials, primarily hydrocarbons. Food, industrial equipment, machinery, textiles, medicines, luxury goods, etc., are bought from the sale of resources.

Given the pace of spending of the Stabilization Fund in 2008-2010, it can be said that in the event of a worsening global crisis and a fall in the value of commodities, Russia's existing financial reserves will be about enough for a year. What's next? To count on the fact that in a year everything will be fine, stupid. Such a crisis leads the world to a big war, that is, it can become even worse. There is no other way out. It is doubtful that the majority of people (especially in the West) will consciously reduce their appetites, become more modest and live humanity will make a step towards the building of socialism.

Russia's exit in such a situation is autarky, that is, self-sufficiency, a system of closed reproduction of society with minimal dependence on exchange with the external environment. Given the uniqueness of the position of the Russian Federation, it can go this way. Especially with Belarus, Ukraine and Kazakhstan. The first persons in Russia have already voiced the steps that could save the country - the new industrialization, the modernization of the country's production and infrastructure, the creation of the “Eurasian Union”. But the state needs to move from words to deeds as quickly as possible, the world will not wait. We need radical efforts in the style of the Stalinist reforms.

It is clear that when external incomes of funds fall sharply, it will be necessary to look for sources of investment within the country. After all, to modernize the country's infrastructure (one civil aviation and housing and communal services of what are), rearmament of the army and fleet, new industrialization, restoration of food security, many trillions of rubles are needed.

Do countries have such funds? If we discard the discourse on “human rights” and “humanism”, forgetting about “capitalism” and liberal monetarist principles, then they can be easily found. For a start, you can create a commission and investigate the course of the "privatization" of 1990-s - in this way you can "dispossess" more than a dozen billionaires and millionaires. Then look at the case of the bureaucracy, it seems, you can find that many will have a strong discrepancy between official income and cash real estate, accounts in Russian and foreign banks. Think about reducing unnecessary costs associated with a consumer society - such as the luxurious festivities of the City Day in Moscow, Grozny, with the maintenance of the country by a layer of idlers (for example, participants of pop culture, which is busy decomposing the population), etc.

At the same time, there should be a process of crystallization of the new Russian elite - statists, patriots. Only such a leadership can lead Russia into a new, post-crisis world.

The development of the global crisis will force Moscow to take these measures, otherwise the political leadership will be crushed by it and another bloody confusion will begin, which will lead either to the death of Russia or to the promotion of a new elite.

We are in Yandex Zen
What we lost
List of destroyed the largest and most high-tech enterprises
21 comment
Information
Dear reader, to leave comments on the publication, you must to register.