In the United States began testing thermonuclear tactical bombs B61-12

July 14 2015
40
The Air Force and the US National Nuclear Security Administration continue to work on one of the main recent projects in the field of nuclear weapons. In early July, the first test reset of the tactical guided thermonuclear bomb B61-12 took place. On this weapon high hopes are pinned as this project is intended to be a major re-nomenclature aviation tactical US nuclear weapons.

The United States Air Force and the National Nuclear Security Administration (NNSA) a few days ago reported on the first test release of a new bomb. According to official data, the 1 in July, the Boeing F-15E Strike Eagle fighter-bomber dropped a prototype B61-12 bomb on a conditional target at the Tonopah (Nevada) test site. The test reset of the upgraded bomb was considered successful. At the same time, American experts are not in a hurry to publish the details of the tests. Most of the information about the new project is still closed to the public.

The B61-12 project has been implemented by several US companies since 2012. The purpose of this work is to create a new tactical thermonuclear bombs, which is a further development of ammunition family B61. Due to the use of new components it is planned to significantly improve the characteristics of such weapons. The main method of improving the characteristics, especially the accuracy of hitting the target, is to use a set of equipment with a homing system. Recall that the previous bombs of the B61 family were not equipped with any control systems that allow changing the flight path. Thus, the current project is really able to seriously improve the characteristics of bombs. 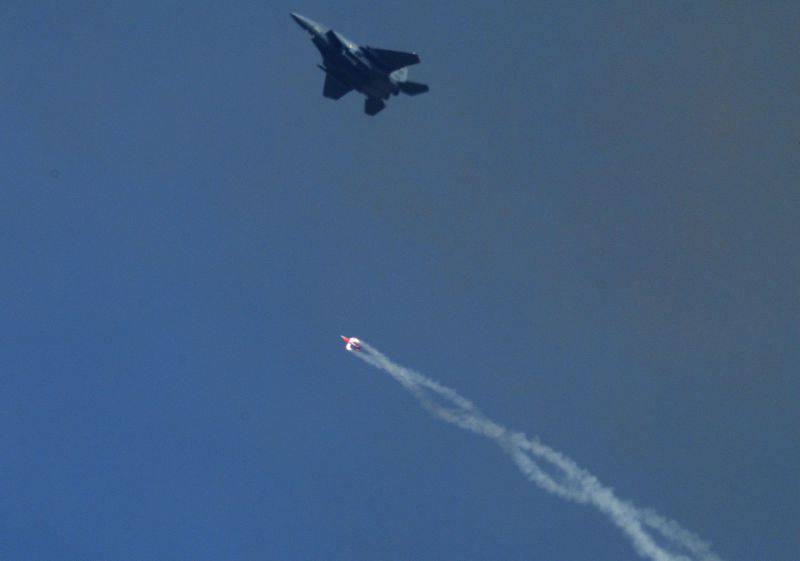 Through the implementation of the B61-12 project, the Pentagon intends to seriously change the nomenclature of tactical aircraft nuclear bombs. Currently, the United States Air Force has at once five B61 bomb modifications with different characteristics: B61-3, B61-4, B61-7, B61-10 and B61-11 are in service. After the development and adoption of the B61-12 bomb, the number of types of such weapons will be reduced to two. It is alleged that B61-12 will be able to replace all the bombs, with the exception of Mod. 11. Such a change in the nomenclature of aviation weapons should occur no later than the beginning of the next decade.

In a recent test, the F-15E fighter-bomber assigned to Nellis air base was used. All systems of the aircraft have worked in normal mode and allowed to successfully discharge the test bomb. A prototype of the B61-12 bomb, assembled using existing and new components, was hung on one of the pylons of the aircraft carrier. Thus, the bomb case and some internal systems, with the exception of the warhead (replaced by a weight simulator), were produced in the sixties of the last century. Various control system components supplied by Boeing were docked to the hull. As such, the new bomb was successfully dropped over the Tonopah proving ground.

July 1 held the first test dumping a new bomb. According to NNSA, two more drops should take place in this calendar year, but the exact dates have not yet been reported. It is expected that the three test dumps will collect all the necessary data that will help continue the work on the project. Based on the test results, by the beginning of the next year, a decision will be made to start the next phase of the project.

Funding for the design and testing of B61-12 bombs is provided for up to the 2018 fiscal year. By this time, it is planned to solve all the problems and prepare a modernized version of the bomb for the supply to the troops and the operation. It is assumed that the carriers of such weapons will be several existing and promising aircraft. The ability to use tactical thermonuclear bombs from the new model will be received by the F-15E, F-16, F-35A Block 4, PA-200 and B-2A aircraft.

The Pentagon’s plans have phased out existing B83 bombs. Upgrading bombs of the B61 family will make it possible to abandon the more powerful, but difficult to use types of weapons. At the same time, however, the B61-11 bombs will remain in service with the US Air Force. The fact is that this is a specialized weapon designed for solving specific problems. Unlike other bombs of the family, B61-11 has a kilo-ton power of 400 and is intended to attack enemy’s underground targets.

According to reports, the B61-11 project, which has been developed since 2012, is based on two main ideas designed to improve weapon performance. The first is the use of homing systems, which make it possible to increase the accuracy of the hit in comparison with the previous weapon of the family. The second original idea affects the power of the ammunition - it is planned to reduce it to the minimum necessary level.

In order to improve the accuracy of the hit, it was decided to equip the warhead of the B61 bomb with a set of equipment similar to the JDAM system. The latter is actively used by the US Air Force over the past years and receives good reviews. Now a similar system is proposed for use with thermonuclear warheads. During conversion, original equipment, such as a brake parachute bay or tail stabilizers, will be removed from the bomb, instead of which new equipment will be mounted. 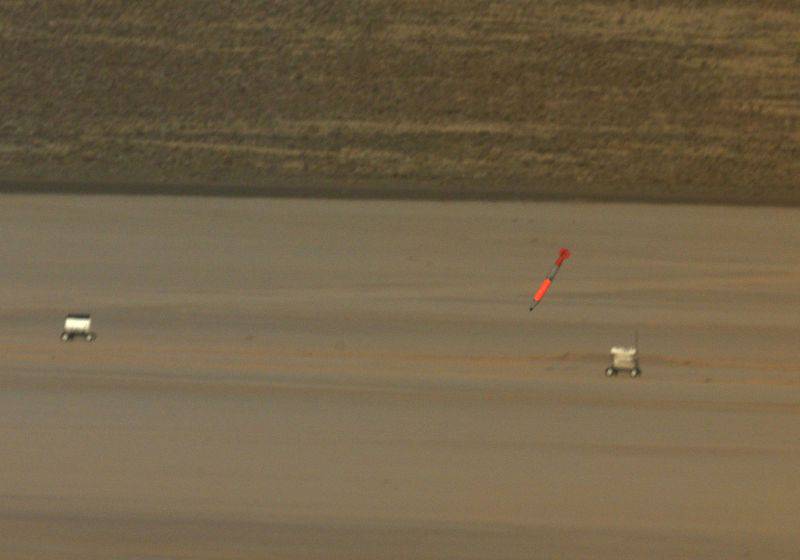 According to reports, the bomb B61-12 received a combined guidance system. She will be able to use the GPS satellite navigation system or the inertial system. When using inertial navigation, a circular probable deviation of no more than 30 m should be provided. When using GPS, this parameter is expected to be at 5 m. For comparison, for free-falling B61 bombs, the circular probable deviation could reach 150-180 m.

Probably, the improved accuracy of the hit allowed the creators of the B61-12 project to reduce the maximum power of the warhead. Most of the B61 family bombs had the ability to change the power of the explosion. For example, the B61-3 product could be installed on an explosion with a capacity of 0,3 kt, 1,5 kt, 60 kt or 170 kt. The modification with the letter “4” had a power of 0,3 CT, 1,5 CT, 10 CT or 45 CT, which made it the most powerless of the whole family. According to reports, the B61-12 bomb will use a combat unit similar to the B61-4. In addition, there is information about the possibility of developing a more powerful modification of a controlled thermonuclear bomb.

Work on the current project B61-12 should be completed before the end of this decade. After that, probably, the enterprises of the American defense industry will begin refitting the existing B61 family thermonuclear bombs in the warehouses. Such work will allow decommissioning obsolete and already not meeting the requirements of several types of bombs, replacing them with weapons of one modification. In this case, a certain gain in the combat qualities of weapons will be obtained: despite the reduction in maximum power, the new B61-12 bomb due to guidance systems must be more effective in comparison with its predecessors.

July 1 held the first test dump prototype of a new bomb. By the end of the year, the US Air Force and the National Nuclear Security Administration plan to conduct two more such tests. Thus, new B61-12 project progress reports should appear over the next few months.