The collapse of the barracks in the Omsk region

July 13 2015
135
On Sunday, in the Omsk region in 19: 52, in the four-story barracks of the 242 training center of the Airborne Forces, the overlap of one of the sections collapsed, there are dead, it reports TASS message of the Ministry of Defense of the Russian Federation. 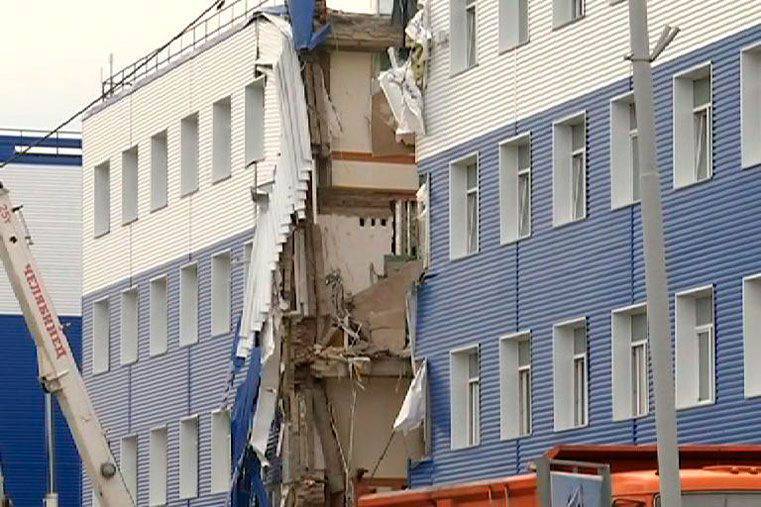 “During the tragedy, 337 soldiers were in the barracks. Under the rubble there was a 38 man. ”, Says the release.

According to the press service, more than 150 military personnel and 21 unit of special equipment were involved in parsing the debris, dog handlers work.

A detachment of physicians also arrived at the scene of the tragedy. “A special medical unit of the Central Military District arrived in Omsk. At the airport in Omsk, special medical equipment and special-purpose medical detachment units, unloaded by decision of the Minister of Defense of the Russian Federation from the Sverdlovsk region, are being unloaded, ”the message says.

If necessary, the victims will be delivered by plane to Moscow and St. Petersburg.

To this morning, it became known about the 12-ti dead and 19-ti hospitalized fighters.

A source in the power structures told the agency that the building of the barracks was recently renovated. “According to one of the versions, mistakes could be made during the renovation, including changes in the structure of the building,” the source said.