Kabul claims the frontier lands of all its neighbors 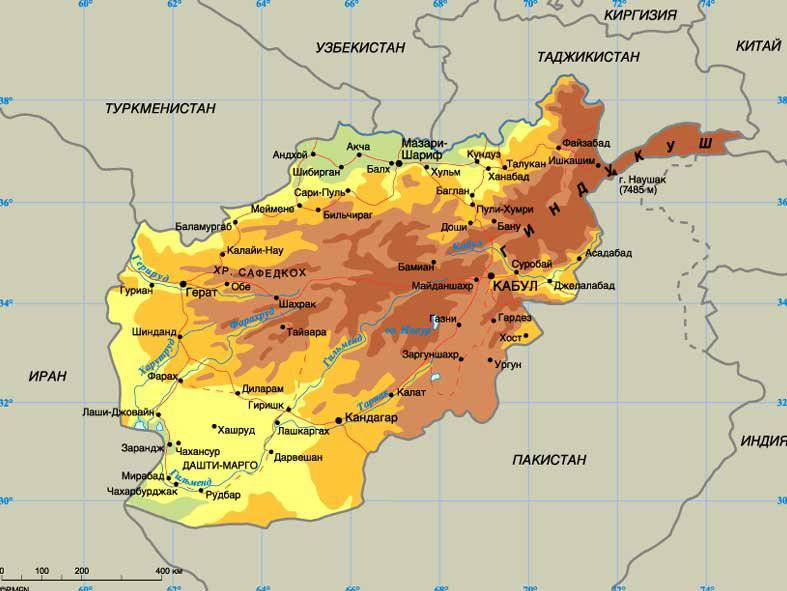 Kabul plans to expand its territory at the expense of virtually all of its neighbors. On October 19, Fazyl Ahmad Khedayat, the head of the Office of Geodesy and Cartography of Afghanistan, openly reported this. According to him, international legislation makes it possible to revise the state border every 20 years, because during this time the border rivers can change their channels.


An Afghan official stressed the need to redefine the borders with Pakistan and Iran. According to Hedayat, Islamabad and Tehran, taking advantage of the weakness of Afghanistan, arrogated to themselves a number of Afghan lands. However, at present, the demarcation of borders with these countries is impossible for a number of "political reasons".

Apparently, these reasons include the military power of these two powers and the hundreds of thousands of Afghan refugees who live there. They may just one day ask to leave the territory of Pakistan and Iran. Kabul is not able to accept them and give them work and even the minimum ration. At present, the country actually does not have any normally operating sectors of the economy, except for the production of drugs.

It should be noted that the Afghan-Pakistan border is a very unstable area. This is due to the action of the Taliban movement, which have strong positions in Pakistan, as well as the problem of Pushtunistan. Pashtuns are the most numerous and leading ethnos of Afghanistan (according to various estimates, their number in the country is 39-42%). In Pakistan, they constitute the majority of the population in the Tribal Zone, in the province of Khyber Pakhtunkhwa (formerly the North-West Frontier Province), in the northern part of the province of Balochistan. Pakistan’s Pashtuns have a strong desire to unite with their Afghan counterparts and create a Pashtun state.

Islamabad is not interested in creating Pashtunistan, this leads to the collapse of Afghanistan. Some experts believe that the problem of the Afghan-Pakistan border can solve the recognition of the Durand line. This is the border between British India and Afghanistan, which was established in 1893. by agreement of the secretary of foreign affairs of the Anglo-Indian government, Mortimer Durand, with the Afghan emir Abdurrahman Khan. The agreement was concluded on the basis of the three Anglo-Afghan wars, in which the British tried to expand the territory of British India.

Currently, due to the aggravation of relations between the US and Afghanistan with Pakistan and the instability of the Pakistani state, the question of revising the Afghan-Pakistani borders may well become a reality. In addition, maps of dissected Pakistan, where Pashtunistan is an independent state, have already been published. 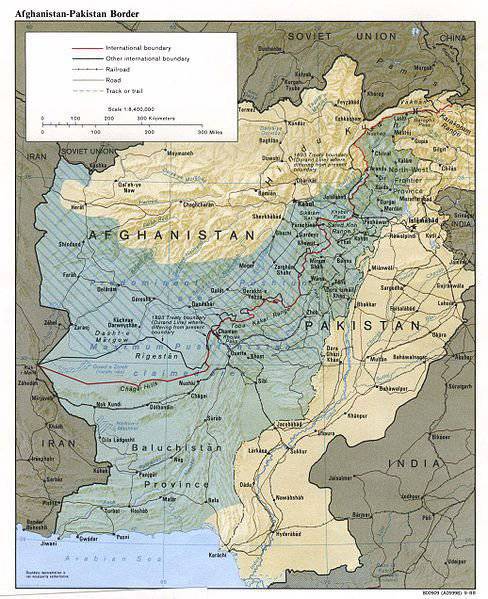 Durand line between Afghanistan and Pakistan.

In the meantime, Afghanistan is looking more closely to the territories of the former Soviet republics - Tajikistan, Uzbekistan and Turkmenistan. According to Afghans, the Pyanj and Amu Darya border rivers have seriously changed their course. As a result, part of the territories of the three republics was on the left, that is, the "Afghan" shore. And this means that Kabul, according to the current international law, can actually legally make claims on these lands.

For example, a dispute may be about a small area of ​​the Hamadoni district of the Tajik Khatlon region. So, back in 2008, this fact, according to a number of media reports, was established by a joint Afghan-Tajik commission. And now, Afghan officials are insistently suggesting that northern states create a special quadripartite commission and agree on conditions for the revision of the state border.

For Tajikistan, Uzbekistan and Turkmenistan this is a very unpleasant surprise. They do not express their desire to revise borders, which is understandable. It is doubtful that if years after 20 are offered to Afghanistan to reconsider their borders in favor of their neighbors, then Kabul will go for it. Moreover, even the assignment of a small territory will sharply criticize the internal opposition, may show the weakness of the state and lead to new territorial demands of neighboring states.

Tajikistan has already ceded 1,158 to thousands of thousands of square kilometers of its territory to China, prompting a surge of discontent among the opposition to President Emomali Rahmon’s regime. Interestingly, the Tajiks now do not control their entire territory - approximately 35 thousand hectares of the territory of Tajikistan are under the control of Afghan gangs. This information was reported to Ozodagon by Islomshoh Shoev, who is the deputy chairman of the Shuroabad district of the Khatlon region, which borders on the Afghan state and is subject to territorial claims from Kabul.

A Tajik official said that the residents of the region cannot use the vast agricultural lands that are included in the territory of the Dashti Jam nature reserve on the land of the Shuroabad district. According to him, two or three groups of Afghan militants are hosted on the territory of this Tajik reserve. And because of the fear of armed people, the local population does not dare to approach this land.

The high-mountainous Shuroabad district of the Khatlon region of Tajikistan is one of the most difficult areas in terms of protecting the Afghan-Tajik state border. Judging by the reports of Tajik law enforcement agencies, smugglers use this stretch of border to transport drugs from Afghanistan.

Afghanistan can put forward historical claims to its northern neighbors. For example, the Afghans transferred a number of their possessions to Bukhara (actually Russia), lying on the right bank of the Amu-Darya under the 1873 agreement on the Russian-Afghan border.

Tajikistan, Uzbekistan and Turkmenistan alone do not represent a force that can withstand Afghanistan or other neighbors. AT historical In the long run, they must either participate with Russia in the construction of the Eurasian Union, or they will be absorbed by their neighbors. Partially this process has already begun; the “bell” from Kabul is not an accident.

We are in Yandex Zen
Refugees from Syria. Will Russia accept immigrants from the Middle East?
Pakistan and the United States: can not be friends
11 comments
Information
Dear reader, to leave comments on the publication, you must to register.