How to overcome world hunger 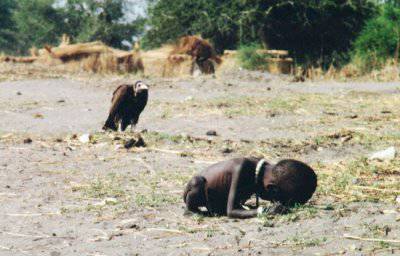 Already that year, food prices are inexorably growing, and with each passing day the number of hungry people all over the planet is increasing. Persons working on the problem of ensuring the population of our planet with food are concerned that, until humanity can come to a rational solution to the problem of increasing the volume of total food production. Such an increase would reduce the number of hungry people around the world.


One project that has been discussed recently with great enthusiasm is a project that involves stopping the growth of the desert area. This is the initial stage of a large project, which ultimately should lead to the use of land that used to be an ordinary desert for agricultural purposes. One of the supporters of the idea of ​​combating desertification as a tool for the future fight against hunger is the Russian economist Viktor Biryukov.

He emphasizes that the very idea of ​​combating desertification cannot be called new. Many world states tried to expand the area of ​​agricultural land by reducing the size of the deserts in them. A similar project was at one time in the USSR, when the country's leadership even tried to completely change the ecosystem of entire regions. According to this project, in the Central Asian Republics gardens were to bloom thanks to additional hydrological facilities.

Incidentally, Israel has fought rather successfully with the problem of desertification in order to improve the situation in agriculture. This state managed to win back its northern territories from the desert, and today quite active agriculture can be observed in these areas. However, the same Israel was powerless against another desert, the Negev, which continues to grow.

Viktor Biryukov, speaking about how to solve the situation with food shortages for the growing population of the planet, suggests waging a struggle with the grandest desert - the Sahara. It’s no joke to say, if it were possible to win at least 10-12% of its territory from the Sahara, mankind would receive about a million square kilometers of land for agricultural needs. And this is a territory that would be even larger than France and Italy combined. Mr. Biryukov sees this as a deep meaning, because if modern technologies allow such territory to be won back from the sand, this will be the impetus for the development of the whole of Africa. This continent emerges in the words of Biryukov is not accidental, because it is in Africa, according to the UN, that the largest number of hungry people officially registered in the world live.

According to Biryukov, if Africans have the opportunity to work in the territories “conquered” from the Sahara, this will lead not only to an increase in the number of jobs to several million units, but also to a decrease in the number of people who do not receive sufficient food per day. Today, there are about 1 billion people living on such planet on the planet.

At the same time, Viktor Biryukov argues the arguments of the Swedish scientist Magnus Larsson about how to “curb” the Sahara. To do this, it is proposed to create a special chain of dunes in the south of the desert. Dunes will be compacted with a special type of bacteria. If within a few years the Sahara cannot do anything against such a barrier, then it is possible to start planting forests along this strip, which will win back the cherished square kilometers.

But the problem of the Sahara at one time was already attempted by the Soviet scientists. According to their project over the Sahara, it would be necessary to create the circulation of air masses saturated with moisture using jet engines. This would lead to the formation of clouds and subsequent precipitation. However, the problem was where to get so many jet engines and how to build such a giant circulation system. And the question of its approximate cost was better not to ask, since the numbers in this project were with numerous zeros.

To feed the entire population of the planet is a good idea, but how to be in our country, where not everyone can afford to consume enough quality food. To this Mr. Biryukov replies that Russia can feed far not only its citizens, but also at least several tens of millions in need all over the world. For these needs, he said, it is necessary to make more rational use of land that has the status of agricultural land. Biryukov says that out of more than 130, millions of hectares of arable land in Russia is being used for its intended purpose at about 8. At the same time, almost 0,92 per hectare of agricultural land falls on every citizen of the country. Indeed, if every considered hectare “earned” in the right way, it would allow at least to meet the needs of the domestic market for both plant and animal products. For comparison, Biryukov cites US figures. There per person accounts for 40% of arable land less than ours. This advantage should be used. But at the legislative level, there is still complete calm, not foreshadowing positive changes in agriculture.

Today, despite the increase in the cost of food, many countries are switching to growing biofuels, which can be an alternative to hydrocarbons. So Russia here could become one of the leaders. However, while our country is tightly seated on an oil and gas needle, it purchases 70% of beef abroad, imports buckwheat and rice, and continues to take no action to prevent a reduction in the area of ​​agricultural land.

I don’t want to switch to stilted words, but Russia could become a real locomotive in terms of combating world hunger. And here you can even do without the "struggle" with the Sahara or the Gobi.

Ctrl Enter
Noticed oshЫbku Highlight text and press. Ctrl + Enter
We are
About Stalin and KhrushchevWhat we lost
19 comments
Information
Dear reader, to leave comments on the publication, you must to register.