July 7 2015
87
The Ministry of Finance of the Russian Federation provided data on the results of placing funds in the Reserve Fund (RZF) and the National Wealth Fund. According to the Ministry of Finance, the total amount of money accumulated in the Reserve Fund accounts for 1 in July of the current year is 4 265,65 billion rubles, which at the current exchange rate (at the beginning of July) corresponded to approximately 76,83 billion US dollars.


Such statistics show that in terms of rubles it is the best indicator since April 2015. If we talk about the equivalent of the dollar, then here to record, to put it mildly, far, given the current exchange rate of the US currency against the Russian ruble. Last time, the corresponding “dollar” level of savings in the Russian Fund of Finance had a value of 76,83 billion dollars in January of 2013. 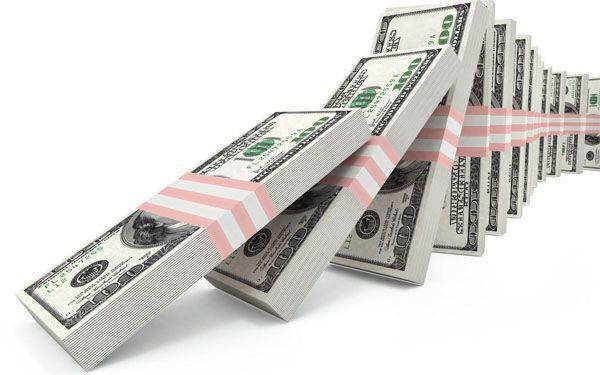 The data on the accounts of the Reserve Fund is as follows:

The following are data on the state of accounts and other assets of the National Wealth Fund. Here the amount is commensurate: 4,2 trillion. rubles (about 75,65 billion dollars). Of them at the Bank of Russia:

The remaining funds of the National Welfare Fund on deposits in VEB, in debt obligations of foreign countries (first of all - Ukraine), in securities of Russian issuers engaged in “government” infrastructure projects, on deposits of VTB and GPB (Gazprombank), as well as in privileged ( the Finance Ministry calls them that way) shares of credit institutions.

It is easy to calculate that more than three-quarters of the funds of both funds are contained in the currencies of the “main” friends of Russia - the United States and the European Union. Despite the fashionable applications of raising the level of multicurrency of fixed assets of the Russian Federation for some time now, this very multicurrency level remains at the previous level: as were the three main foreign currencies - the dollar, the euro and the pound sterling - these three currencies remained.

The Ministry of Finance explains the stubborn desire to invest domestic reserves in fact in support of Western economies by the fact that Russia has firmly entered the global financial system, and this position of Russia can make it painful for the West any attempt to strike at the Russian economy. As an example, the option of passing the 2008-2010 crisis of the year, when “burning” up to 80% of the foreign exchange rate of the Reserve Fund, Russia was able to re-enter economic growth is given. Growth, however, as we all know, remained at a very modest level, eventually reaching (even a gift from the West in the form of “sanctions”) to the level of statistical error, but the Ministry of Finance insisted, insists and seems to insist on its: they say it is better this way than the “economic dollarless uncertainty”.

It is, of course ... Better a pretty plucked bird in the hands than a hypothetical crane somewhere in the economic sky. But only the attitude to the funds of the fund, as was Kudrinsky, remained. Won - it got to the point that the Ministry of Finance gave birth to a statement that even an item of defense expenditures would be “optimized” by no less than 10%. That is, the RZF after April sinking somewhat grew even in dollars, but they are still ready to “optimize” the defense industry. Somewhat strange logic. And why then did they remove Mr. Kudrin’s minister from his post? Could it be that a slanting glance in the direction of Dmitry Anatolyevich, a few years ago, did a far greater matter than the intentions of the then Minister of Finance?

So, about the pros and cons of Russian funds. Significant funds in the Reserve Fund and the National Wealth Fund are available, despite the harsh economic conditions and Western pressure in the form of sanctions - this is a plus. But these funds, in the first place, support the completely non-Russian economy (which is understandable even by the currency distribution of the RZF), and the economy of the “friends” of Russia is a minus. A much more complicated question: today, what should be considered a plus or a minus is Russia's deep integration into the global economic system, where everyone depends on each other? It seems to be better to speak from independent economic positions ... But are there any today in general in this world? Even a single Greek referendum fairly lowered world oil prices, not to mention possible prospects for Greece’s departure from the euro zone ... Perhaps Russia's deeper integration into the world economy in such conditions should be considered nothing more than an objective necessity, but in that case the actions of the RF Ministry of Finance with funds they resemble ritual games of some kind - accumulations solely for the sake of accumulations, for dancing with exchange rates and in general everything that is far from the real sector of the economy. At this time, someone behind the high podium will again tell a lot of “interesting” things about the need for import substitution in strategically important industries, looking at this moment for a new application for your iPhone ...

Ctrl Enter
Noticed a mistake Highlight text and press. Ctrl + Enter
We are
On financial reserves of Russia and individual initiatives of the authorities to save budget fundsHow are you doing?
87 comments
Information
Dear reader, to leave comments on the publication, you must to register.