The destroyer "Porter" of the US Navy entered the Black Sea 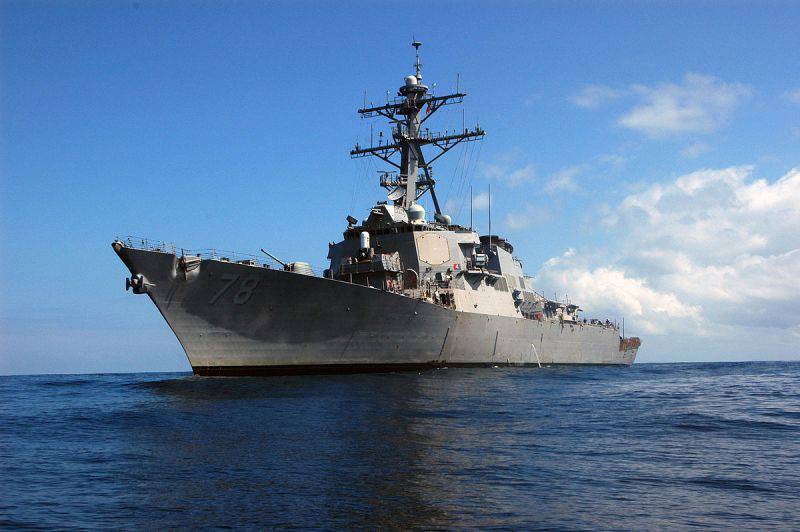 "On Sunday, the destroyer URO" Porter "passed through the zone of the Black Sea straits and entered the Black Sea," - said the representative of the headquarters.

According to him, “the frigate URO Francisco de Almeida” of the Portuguese Navy, the air defense frigate Tromp of the Netherlands Navy, and the minesweeper Tahoe of the Spanish Navy entered the Black Sea on previous days.

He also noted that "on Sunday, the Black Sea left the reconnaissance ship Dupuy de Lom, the French Navy."

The publication reminds that, according to the Montreux Convention, the time spent in the Black Sea for non-Black Sea ships is limited to 21 days.

"July 3 returned to the Black Sea large landing ships (BDK)" Alexander Otrakovsky "of the Northern Fleet and BDK" Korolev "of the Baltic Fleet, previously part of the permanent operational connection of the Russian Navy in the Mediterranean Sea," said the agency interlocutor.

Ctrl Enter
Noticed oshЫbku Highlight text and press. Ctrl + Enter
We are
USS Illinois Multi-Purpose Submarine (SSN-786): The New US Navy Its ProspectsLanding ships of the Russian Navy will go to Syrian Tartus
90 comments
Information
Dear reader, to leave comments on the publication, you must to register.