"And look at the questions broader ..." 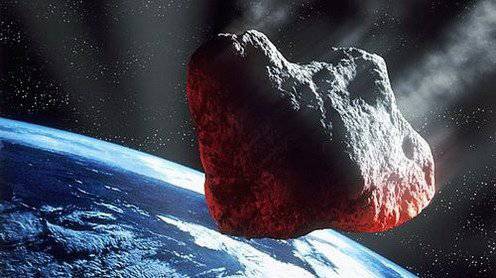 It is unlikely that the bully Fedya from the film thought that his phrase could be applied to the international politics of the beginning of the 21st century. The United States missile defense theme has already reached the point where it will finally get tired of everything. And conversations on it, it seems, will not end soon: Russia, as before, demands guarantees that this system is not directed against it, and the United States, in turn, is in no hurry to give guarantees. Even more, the new US ambassador to Russia, M. McFaul, speaking in the US Senate, said directly that in words Washington would promise not to affect its missile defense, but would not give legal guarantees.

And what about Russia? First of all, everyone remembered the promise of our President D. Medvedev to deploy tactical missiles near Kaliningrad. At the same time, it was rather a hint to Eastern European countries to which the States offered to participate in Euro-Atlantic missile defense. In other words, Medvedev hinted: agree to take American missiles - let's aim at you. I do not like?

And here is a new twist on missile defense. This week, Kommersant published an article that talked about an alternative to the US-European missile defense system, and this alternative is literally a shirsh. According to Kommersant, the top of the Russian state apparatus is currently discussing the so-called. "Strategic Earth Defense." Yes, it is the Earth. The newspaper ascribes the authorship of the idea to the representative of the Russian Federation to NATO, D. Rogozin. Kommersant also cites the resolution of President Medvedev, imposed on the concept: "Interesting." And, interestingly, despite the lack of official confirmation or refutation, information about Rogozin looks plausible: Dmitry Olegovich is known for his bold ideas and statements.

The program "Strategic Earth Defense" implies the creation of a world-wide system of protection not only against missile threats, but also against "surprises" from space: asteroids, meteorites, etc. For this, according to a certain source in the diplomatic corps, it is necessary to unite the air defense, missile defense and anti-missile defense systems of the whole world into a single whole, as well as to create monitoring systems for near-earth space and more remote areas. The program, if it reaches this stage, will be implemented by the USA, NATO and Russia, but participation of other countries is not excluded. In general, it is too early to talk about the work on the program - there is not even official confirmation of its existence yet.

Cosmic defense must be obeyed directly by the UN. And this is understandable - Russia has the right of veto and, most likely, if necessary, it will not give up the possibility of imposing it. In addition to this, the Russian Federation, as a permanent member of the Security Council, will be able to control all stages of the creation of the system, if it comes to it.

And the implementation of the "Strategic Defense of the Earth" still does not look real. The main reason is the peculiarities of international relations. It is unlikely that leading countries will cooperate in several strategic sectors at once. And if the cooperation does not come out, even the development of the project is in doubt.

And yet, is it possible to create such a system? Perhaps, but it will cost an astronomically large amount. So while “Strategic Earth Defense” looks better as an interesting, asymmetrical and unexpected pin to Washington, who adores all global projects.

But let us try to imagine how it is possible to “close” the Earth from cosmic threats on the basis of modern technologies. First they need to be detected. For this we need radar with the appropriate range of the review. For example, the radar "Don-2N" from the Moscow anti-missile defense system can control the sector with a height of "only" in 40 thousand km. For cosmic velocities this is not enough. Therefore, the defense of the planet requires more powerful stations. Destruction of the detected target is most appropriate in the trans-atmospheric space - the object will be split into small pieces that will quickly burn in the atmosphere and will not reach the surface of the planet. However, such an attack requires a rocket with the appropriate data. The record for height of defeat now belongs to the American anti-missile RIM-161 SM-3 - 200-250 km. But this is not enough - the fragments simply do not have time to burn and / or move away from the Earth. You can, of course, "finish off" pieces in the atmosphere with the help of an air defense missile system like the C-400, but this is too complicated and unreliable scheme. So, for the time being, our planet remains defenseless from outside threats, and creating protection will require huge investments in finances and efforts.

PS In August of this year, the State Rocket Center. V.P. Makeeva announced the completion of a preliminary design of the system to protect the Earth from asteroids.