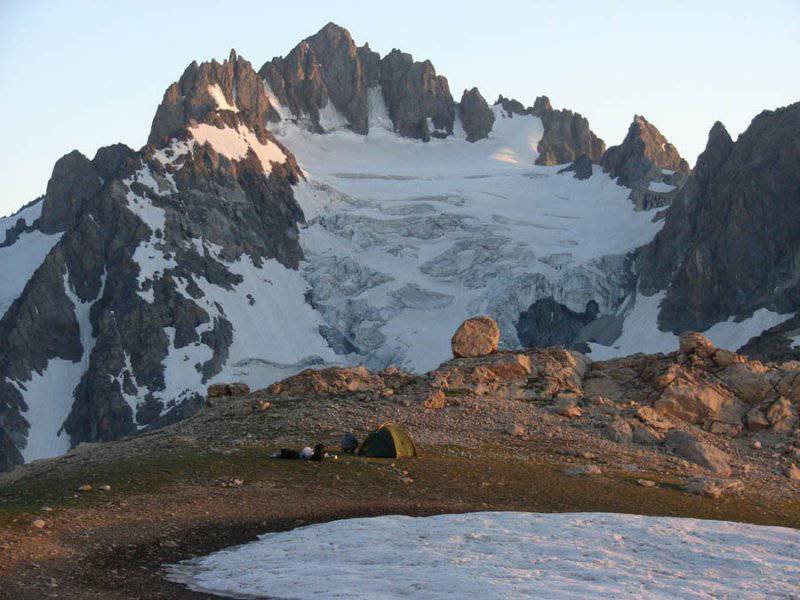 The deal became known on the founding day of the People’s Republic of China, that is, on October 1, although official documents were signed back in January. The site represents about one percent of Tajik territory and is 1 one thousand 158 square kilometers.

Actually, the still odious leader of the country, Mao Jie Dong, put forward claims to virtually all those who were neighbors of China, including the republics of the former Union. Then, by the way, Moscow came to help. The latter presented the document 1895 of the year, according to which the Eastern Pamirs was part of the Russian Empire. Beijing temporarily calmed down, but after the collapse of the “united and mighty”, he again began to claim weak southern neighbors. Then Russia intervened again, acting as a mediator in the negotiations. In 1992, Russia, Tajikistan, Kyrgyzstan, Kazakhstan, and China created the 4 + 1 group. Moscow gave Dushanbe precise data on the Sarykol Range, where the border with China was located. But then a civil war broke out in Tajikistan, and the Middle Kingdom did not dare to negotiate with someone in such chaos. But later she took up the old again, emphasizing that relations between the neighboring countries depend on it.

Advocates of President Rakhmon, who signed the agreement, talk about ancient silk maps, according to which the whole of the Pamirs is the territory of the Chinese emperors. They say about the restored Great Silk Road, meaning the Kulma-Murgab-Kulyab highway, which gave impetus to the development of border areas. From this it follows that it was more profitable for Tajikistan to give up part of the territory than to spoil relations with a mighty power. The opposition nods to the fact that China will not stop at this, because this is already the third concession of Tajikistan in relation to China.

The first time it was about the transfer of land to Beijing around the river Markansu, area - 200 square kilometers. Then there was another agreement on the demarcation of the border in the Murgab region, with the result that China grew another 998 square kilometers. The opposition is confident that China, “pecking for bits”, will continue to express territorial claims, since Mao, who dreamed of expanding the territory of the PRC right up to Tashkent, has not forgotten about it. In addition, the transaction was made with constitutional violations, because such decisions are made based on the results of the referendum, which, of course, no one carried out.

The last deal is the transfer of Badakhshan to the highlands, which is considered the second highest after Tibet and absolutely not habitable. However, it turned out that geologists discovered large deposits of rare minerals, gold, uranium, nitrate, lead and others under the Union. The water in the local lakes contains salts of potassium, chloride and sodium sulphate, magnesium. The lake Sasyk-Kul contains uranium in an amount sufficient for industrial development, and it is more profitable than to extract it from ore. In addition, China opens the way for its own transit traffic.

Tajikistan is increasingly falling under the influence of a powerful neighbor: in this case, the country needs funds to complete work on the Rogun hydropower plant, with which, as Dushanbe believes, the republic will flourish.

Recall that at one time ex-president of Kyrgyzstan Askar Akayev was deprived of immunity for “transferring Kyrgyz territories to China and Kazakhstan”. Then China crossed the land area of ​​530 square kilometers. Negotiations are underway with Uzbekistan.

According to the migration service of Tajikistan, back in 2007, 30 thousands of workers from China worked here on the construction of electrical substations and roads. In June of this year, one and a half thousand farmers came here. And at the beginning of last year, the number of Chinese in Tajikistan has already reached 82 thousand people. Chinese dragon is coming!

Ctrl Enter
Noticed oshЫbku Highlight text and press. Ctrl + Enter
We are
Tajikistan and China: one-sided partnershipWhy Uzbeks and Tajiks do not take the world
31 comment
Information
Dear reader, to leave comments on the publication, you must to register.