"Orange Revolution" of the Communist Party 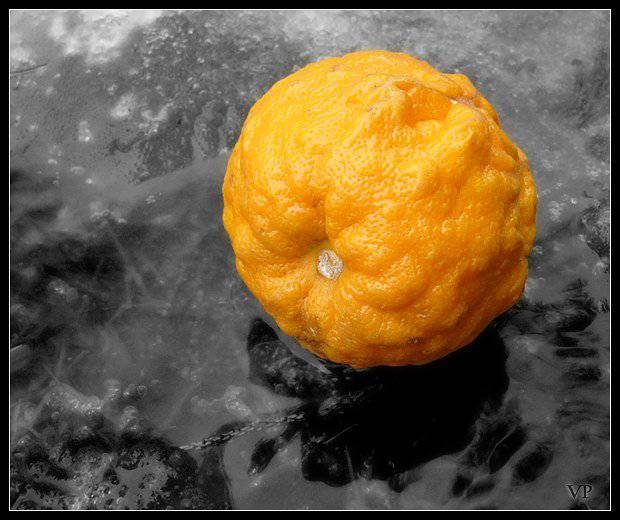 The global financial crisis is expanding day by day, gaining more and more momentum. The leaders of many countries, financial institutions and banks are not simply constrained by the fear of an impending economic collapse, but are no longer able to work out a single general idea for overcoming the crisis. US Treasury Secretary T. Geithner warns of defaults, panic withdrawals of funds from banks, which will immediately lead to a chain reaction of financial institutions falling and impoverishment of the population. The catastrophic risks of stockholders on the stock exchanges will force them to transfer assets into cash, which will further spur inflation and accelerate the flight of investors from financial transactions. World Bank President R. Zellik warns that the European and American financial systems are in such danger that they may soon sink to the bottom, dragging the entire global economy.

The second idea, especially actively gaining strength in recent years, is a national idea. For Russia - countries where more than 80 percent are ethnic Russians, this is primarily the idea of ​​saving original Russian civilization and reviving the Russian people as a backbone of Russian statehood.

The third actual idea is the idea of ​​social justice. Our nation’s truth and justice is well known. It is especially acute now, when, as a result of irresponsible political games, the property stratification of society has reached unprecedented proportions.
The fourth idea is democratic. We must finally understand: democracy in Russia is serious and for a long time. It is ridiculous to deny that the ideals of civil and personal freedoms in the shortest possible time have found in us a salutary ground and a mass of ardent supporters.
With these ideas, which, it should be noted, do not have a clear plan for their implementation, the Communist Party of the Russian Federation may well win the parliamentary and presidential elections. But Vladimir Putin and his vertical of power will not allow Mr. Zyuganov to do this, the United Russia party will include all levers of bribing and pressure on election commissions to get, if not a winning combination of votes, then at least the same, plus one vote. Does Mr. Zyuganov and the Council on Foreign Relations understand this? They are sure to understand that this is why the “Orange Revolution” scenario was developed, a sample of which was tested in Ukraine at the end of 2004. No one can prevent the implementation of this plan; all structures of the FSB, the Ministry of Internal Affairs, the Ministry of Defense have long ceased to fully carry out their functions, falling into the abyss of corruption and betrayal of the interests of Russia and the Russian people. The unlimited finances of the US Federal Reserve and the economic crisis guarantee the Council on Foreign Relations the flawless fulfillment of their plan, and G.A. Zyuganov is an excellent tribune and the charismatic leader of the Communist Party, having personal security guarantees from the US Department of State, without hesitation to go to barricades and meetings.
In this fatal scenario, the world elite of Russia and the Russian people play the role of a sacrificial calf, slave to slaughter for sacrifice to world Zionism. Vladimir Putin’s plans to integrate Russia into the German political system are no better than the “orange revolution” by G. Zyuganov, and in that, and in another case, Russia will lose its independence, its integrity. Financial oligarchs, losing their profits as a result of the very neglected crisis, are eager for control over Russia - a bridge to Asia. Each of the political players pursues only their goals of world domination, choosing in their path traitors and agents of influence from the ruling elite of the country being destroyed. The same thing is happening this time, V.V. Putin and G.A. Zyuganov - each plays his own card to achieve political weight and the huge profits derived from his betrayal. The CPRF is no better than United Russia, since it pursues the same goals - building the ruling elite from party functionaries. Not a single party in our country cares about the interests of the Russian people - the most robbed and exterminated people in Russia, while Russia was built precisely by the Russian people.
But what about France and its desire to establish a supranational government and a bank, did they decide to stand aside and see how the fight would end? Not at all, the French elites turned out to be the most intelligent and prudent in this fight, they will wait for the “orange revolution” of the Communist Party of the Russian Federation and the United States so that, when the communist leader weakens, he can seize the initiative from his inept hands. In fact, does G.A. Zyuganov really know what to do in the country, what reforms, and most importantly, with what forces and means to carry them out? Of course not, he is afraid of such responsibility, afraid of making fateful decisions that can change the whole country and the people. That is why for the plate of "lentil soup" he gave the presidency to B.N. Yeltsin in 1996 year. So it will be this time. It is this course of events that awaits France and this is the most correct scenario for a change in the ruling elite in Russia. None of the contenders for the presidency of Russia knows, and most importantly, does not understand what to do in Russia, when there is no finance, there is no industry, there is no unity of the Russian people, and the terms are “treason and cowardice, and deception”.
None of them is able to say: “I am the first servant of my people” and roll up their sleeves in order to work for the good of Russia and the Russian people, taking care only of the revival of our state and the spirituality of our people. No one wants to despise his well-being and members of his family, for the sake of the well-being of the entire Russian people, for the sake of building a great Power that has united many nations and nationalities. To do this, you must first of all, love your Motherland, your people, do not regret your life for the lives of millions of our fellow citizens, work selflessly and call others to work, not for fear, but for conscience. Such a leader will surely believe the Russian people and follow him, ready to move any mountains just by his word alone.
Are there such leaders among numerous political parties in Russia? No, and it cannot be, because all the parties exist on the money of the oligarchs who, through functionaries, conduct a policy acceptable to them only.
Then on whom does France bet, whom is it ready to support in the difficult period of the Orange Revolution of the Communist Party of the Russian Federation? Question of questions!
Wait and see.

We are in Yandex Zen
What you didn't want to know about England
Will the resignation of Kudrin lead to the rejection of the regime of "currency committee"?
21 comment
Information
Dear reader, to leave comments on the publication, you must to register.