Su-XNUMHUB - return to the sky

October 20 2011
8
The company "Helicopters of Russia" made a statement on the resumption of the production of training and assault Su-25UB. The plant for the production and repair of helicopters, located in Ulan-Ude, will produce Su-25UB for the Air Force of the Russian Federation. According to the director of Oboronprom, it becomes clear that this issue was agreed with the KLA. It is planned to replace the aircraft’s electronic equipment with more modern equipment, since after the collapse of the USSR, the Su-25 was no longer produced and the equipment was morally obsolete. For the rest of the aircraft performance characteristics, the aircraft has great potential, which is also planned to be developed thanks to modern technologies. It is planned to release about 16 combat training Su-25UB. 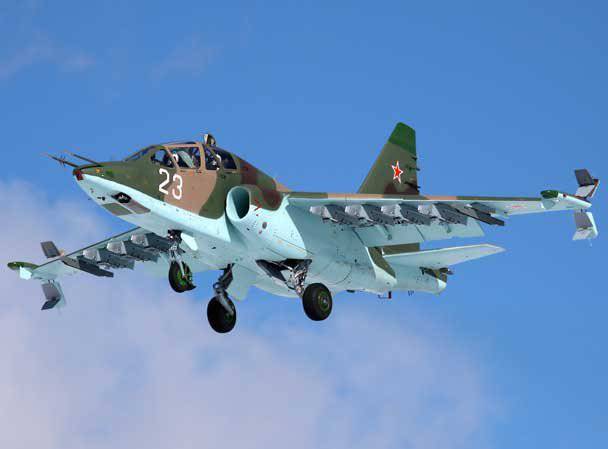 In 70, in the USSR, the idea to create a combat training aircraft based on the Su-25 attack aircraft arose in the USSR to prepare and test the practical actions of the Air Force personnel; in 1977, the Su-25UB working sketch was ready. But due to the release of a new modification of the Su-25T, the project was postponed.

All this led to the fact that the aircraft for flight training in the air force flight units had to be purchased from Czechoslovakia. A total of X-NUMX twin-training L-2000 Albatros aircraft were purchased from Aero.

The Su-25UB mass production theoretically began in the 1984 year, the prototype was called the T8-UB1, but the first three cars are being finalized, and only in 1985 the tests of the reworked T8-UB2 prototype begin, and then only the flight prototype, due to a permanent breakdown deadline in mass production. Factory flight tests were completed on time - mid December 1985.

State tests passed the entire 1986 year and ended with a recommendation for the start of mass production and adoption in the Air Force.

From 1986, the X-NUMX Su-300UB was built until now, combat training aircraft began to flow into the locations of the Air Force units. Several dozen Su25UB were exported (export version of Su-25UBK): Bulgaria - 25 machines, to the DPRK - 6 machines, to Czechoslovakia - 4 machines, to Iraq - 6 machines, to Angola - 12 machines. 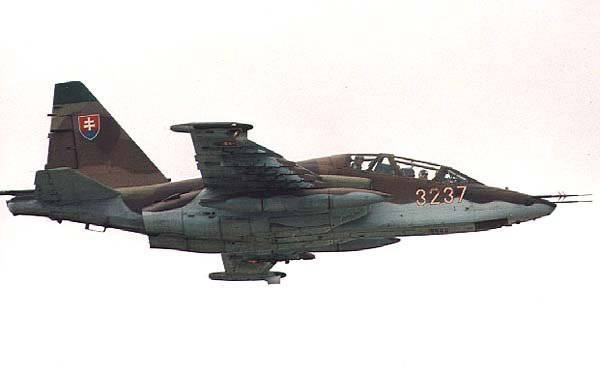 Export deliveries show how much the Su-25UB was in demand in the aviation market and what prospects were expected for its development.
The Su-25UTG series was also released to carry out training tasks for the flight crew on the Admiral Kuznetsov aircraft-carrying cruise, and today there are no more than 10 units left, and if the Russian Navy orders a new aircraft carrier project, Su-25UTG will be able to produce a small series in the shortest possible time. for this project. 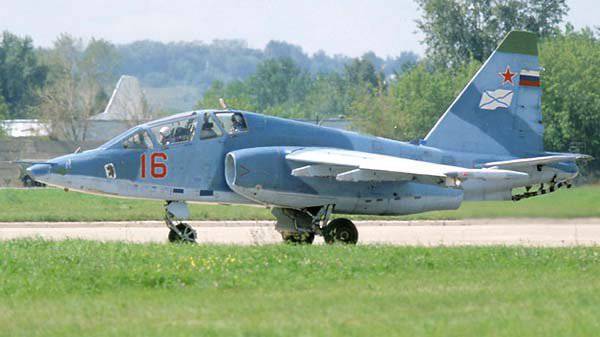 Su-25UB is intended for training and monitoring the actions of flight personnel of Air Force units and graduates of flight higher education institutions in aircraft navigation, piloting techniques and actions as part of a group. The performance characteristics of a combat training aircraft do not practically differ from the performance characteristics of the base Su-25 aircraft.

Types of training tasks performed:
- development of piloting techniques in various weather conditions, day and night;
- practicing navigation skills in different weather conditions, day and night;
- practicing combat skills when attacking a ground target with the help of training photo-, film adaptations;
- testing the actions of flight personnel in case of failure of various instruments and systems of the aircraft;
The succession of the Su-25UB is 80% Su-25. The Su-25UB combat training attack aircraft, as well as the Su-25 combat attack aircraft, are equipped with two R-95Sh engines. The equipment on board is completely analogous to a combat aircraft.

As can be seen, the main differences of the training aircraft are associated with the installation of the second cockpit and the supply of the necessary equipment and control to it. Electronic equipment had the opportunity to simulate failures from the second cabin to the cabin of the pilot performing the training task. In the event of emergency situations there is the possibility of switching the full control to the instructor's cabin.
In the Su-25UB training and combat aircraft there is an intercom, providing uninterrupted communication between the instructor and the trained pilot, and a recording device for recording the negotiation process of training.

We are in Yandex Zen
An-12 in Afghanistan
The return of "humpback"
8 comments
Information
Dear reader, to leave comments on the publication, you must to register.