New round of missile defense 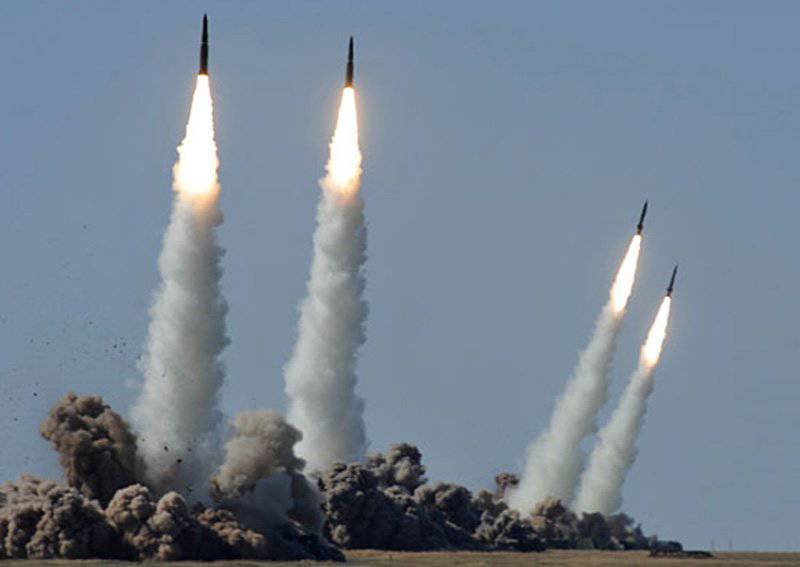 15 September 2011, US President B. Obama has appointed a new US ambassador to Russia. They have become now the former assistant to Obama on national security Michael McFaul. McFaul is also known for his numerous works on democratic state systems, including on Russia, and is also a professor at the Center for Democracy at Stanford University.

It would seem infrequent, but mediocre news. But McFaul has already managed to get on the editorials, not even having time to hand over his credentials. Speaking in the Senate, McFaul made a statement, which everyone was waiting for. On the one hand, his words were expected, but, on the other, hardly anyone was surprised at this. McFaul said in plain text that the US does not intend to give legal guarantees that the Euro-Atlantic missile defense system will not be directed against Russia. He acknowledged that this system does not in any way interfere with the Russian nuclear deterrent forces, which was repeatedly mentioned at different levels, but Washington is not going to sign any official documents on this subject. It is unlikely that all these statements can be considered a private opinion. Interestingly, back in May, at the Senate hearing on the appointment of a new ambassador, McFaul expressed similar thoughts.

Then, in May, at the G8 summit, it was planned to sign all the necessary documents to guarantee the absence of threats to Russia. But the signing in the end did not take place. Probably, the CIA or the Pentagon convinced B. Obama of the need not to put his signature on the documents. As a “spare airfield” for guarantees, the APEC summit in Hawaii could be considered in November-month. But now the likelihood of a formal agreement on missile defense is rapidly melting.

Another interesting statement by McFaul was also made in the Senate. He was asked how he relates to the statements of the former US ambassador to the Russian Federation, J. Beyrle, regarding the opportunity to be in time with the signing of guarantees before the NATO summit in May next year. Mr. McFaul noted that negotiations are getting harder and harder. There are no reasons for optimism, and now the situation has reached a dead end. Therefore, if it is possible to find a compromise, then in no way in a few months. In his opinion, this will take years.

If McFaul expresses not only his personal opinion, but also the position of the country, the “open secret” is completely revealed. It turns out that America intends to continue building missile defense in Europe. As for Russia's attitude to this all, it seems that Washington is not interested in this side of the matter. In any case, he is not going to take any steps towards Moscow.

At the same time, the current situation may lead to the fact that Russia is no longer satisfied with the written guarantees and it would prefer to insure itself. The main reason for this is the legal nuances of guarantees. It may happen that, under the current US president, commitments will be respected, and Obama's successor will refuse them. Kommersant, referring to a certain source in the Kremlin, writes that there are already general considerations regarding the neutralization of a possible threat.

The launch of the Euro-Atlantic missile defense system is scheduled to begin by the NATO summit in May, and the United States and European countries plan to bring it to a full-fledged state in the 2018 year. Its main goal, according to the Americans, is to protect Europe and America from missiles of “unreliable” countries, primarily Iran, Syria and the DPRK. However, these countries are unlikely to threaten their defendant regions. First of all, because neither Iran, nor North Korea, nor Syria simply have any missiles of the appropriate range. And the appearance of such weapons by the year 2018 is also unlikely. Only one version remains - to defend against Russian missiles. But here, not everything is smooth. First, Russia does not have aggressive plans and does not intend to send missiles anywhere. And secondly, anti-missiles deployed in Poland, Romania or Turkey can cover only Europe: sending missiles from Russian territory to North America is much more convenient through the northern regions of the planet. And with a range of RIM-161 Standard Missile 3 missiles in 500 km, launchers must be located either in the north of Canada or in the Arctic Ocean, but not in Europe.

At the same time, the placement of anti-missile missiles in the Arctic Ocean is not particularly fantastic: the United States plans to use X-NUMX missile defense systems with Aegis and anti-missile systems, 18 of them have already been built. However, these ships will be on duty in the Mediterranean and in the Pacific, but not in the Arctic.

What steps will Russia take to neutralize the threat to a nuclear shield? It is worthwhile to attend to the improvement of the systems of ballistic missile missile defense. Already existing systems have quite good characteristics, but nobody canceled the race of delivery vehicles and means of their destruction and will not cancel it. Another faster option is to add missile defense bases in Europe to the list of targets. In other words, aim the missiles at them. In 2008, Russian President D. Medvedev said that the response to the deployment of missile defense assets in Eastern Europe would be asymmetric - the Iskander tactical missile systems would be deployed in the Kaliningrad region. A little later, Transnistria declared its readiness to accept these complexes on its territory.

The “Iskander” area of ​​operation, located in the Kaliningrad region, when using cruise missiles (range up to 500 km) gets most of Poland, and when deploying the complexes in Transnistria, almost all of Romania “overlaps”.

The statements of McFaul coincided in time with the complete re-equipment of the 26 th missile brigade of the ZVO (Leningrad Region) with the Iskander-M complexes. And in the course of the recently begun rearmament of the Russian army, it is planned to replace all the current “Points-U” with “Iskander”.

Many experts believe that the lack of guarantees of missile defense against Russia could lead to another arms race, albeit more local than the previous one. Indeed, to protect the missile systems covering Europe from strategic missiles, separate air defense systems may be needed, including with the possibility of intercepting tactical missiles.

A strange combination comes out. Maybe it would be better to make up and sign a guarantee? Is not it, Mr. Obama?

We are in Yandex Zen
Michael McFaul and Russian prejudices
Results of the week. "Enter the ambassador citizen!"
6 comments
Information
Dear reader, to leave comments on the publication, you must to register.