Unusual tanks of Russia and the USSR. Flying tank 1937 g 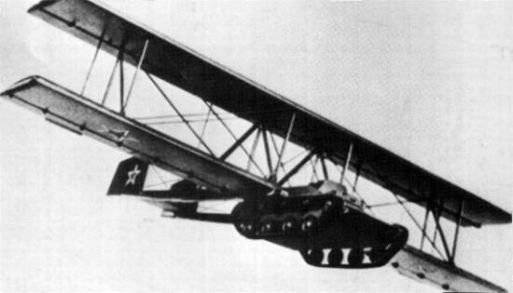 The ability to quickly transport armored vehicles over long distances has always been of great interest to the top military leadership of all states without exception. In the 1930s, at the time of the formation of airborne troops with high mobility, increasing their combat effectiveness and giving them additional fire support during offensive landing operations was a very important and paramount task. Designed various devices for transportation tanks and armored vehicles by air using long-range bomber aviation, machines were created that could overcome water barriers, attempts were made to "raise to the wing", to make the tank fly. However, one of the most amazing projects of that time was the project of the flying tank engineer Mikhail Smalko, which was developed by him in 1937.

Taking as a basis for their future machine, mastered by the domestic industry, put into service and mass-produced light tank BT-7, M. Smalko, while a NIERO engineer, in 1937, on his own initiative, began to create a flying tank MAC-1 ( Small Aviation Smalko), or its other name LT-1 (Flying Tank). A little later, drawings were made, as well as a wooden layout of a flying machine. The car had a classic layout for a tank for accommodating power and combat compartments and, as conceived by the designer, in addition to being able to move both on a wheeled and on a track, it had to be equipped with wings, which would allow it to fly. In flight position, the wings were extended from niches specially provided for in the tank hull by the force of the engine of the vehicle transmitted to a special mechanism. The angle of the extended two-stage wing was 90 °, the wingspan of 16,5 meters with a total bearing area of ​​more than 30 square meters.

A retractable tail assembly beam was located in the aft part, and a two-blade folding rotor was installed in the frontal part. The welded machine body of a smooth and streamlined shape was planned to be made from rolled armor with a sheet thickness from 3-x to 10-mm, on top of which a dome-shaped tower with a handrail antenna was installed. The total estimated mass of the machine was no more than 4,5 tons. The main characteristic feature of the car was the presence of folding wings, which, unlike other similar projects in which the tank was released from the wings and tail, after landing, allowed LT-1 to make repeated flights. It was a project that combines both aircraft and tank at the same time. The tank’s armament was made up of two large-caliber twin 12,7-mm DK machine guns placed in a rotating turret and one 7,62-mm ShKAS machine gun mounted in the hull and firing through a hollow propeller shaft.

The undercarriage was also borrowed from the “Christie tank” and consisted of four spring-loaded support rollers on a spring suspension, a sloth, and a rear drive wheel on board. When driving on a wheel drive, the rear pair of track rollers was leading, the machine was controlled by the front pair. The tank LT-1 was supposed to install an aviation V-shaped 12-cylinder carbureted engine of domestic production M-17 by engineer A. Mikulin with a capacity of 700 l. with. (similar to the German BMW-VI engine). Estimated travel speed was 120 km per hour when driving on wheels, more than 70 km per hour on tracks and 200 km per hour in flight. The power reserve with a total capacity of two fuel tanks in 500 liters was 300 km on a wheel track, on 190 tracks, the maximum range of flight was about 800 km. For that time, these were quite good indicators even for “non-flying” tanks. However, this project did not arouse much interest among the military and soon, like other similar projects, was forgotten. 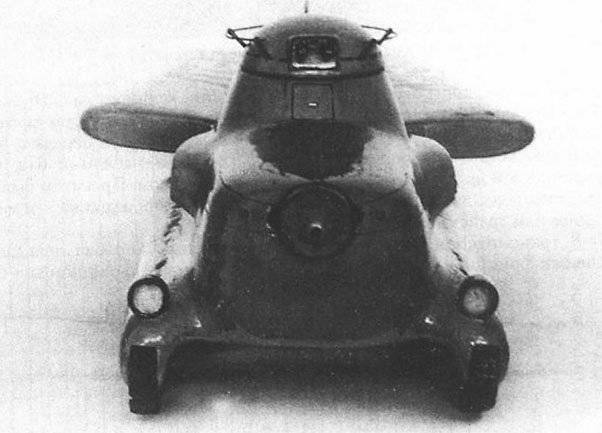 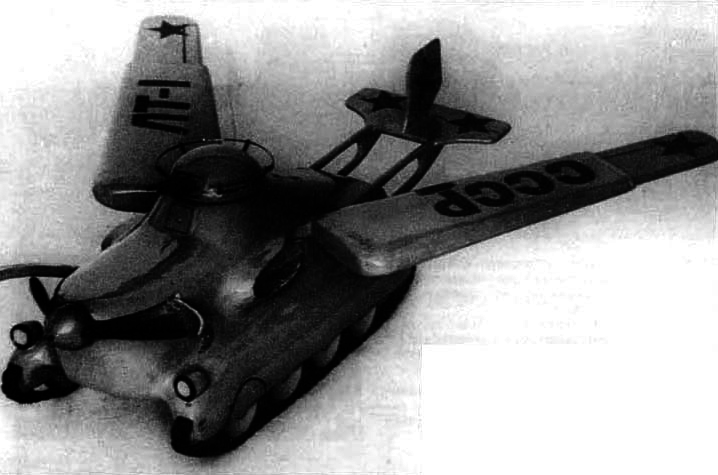 Nevertheless, with all the seemingly attractiveness of the project, its implementation was extremely difficult and expensive due to its high manufacturability and complexity in production. The training of the crews of such machines should include, in addition to controlling the tank, also long flight training. Weak armor protection of the hull and machine-gun armament of the tank did not allow to use it effectively in battle on the ground, even against enemy light tanks. All this in general was the reason for the rejection of further development of flying tanks. The project of engineer M. Smalko remained in stories domestic tank building as one of the most ambitious and at the same time the most curious projects, which shared the fate of many 30-s of the last century, remaining only on paper or in the form of various models and samples.