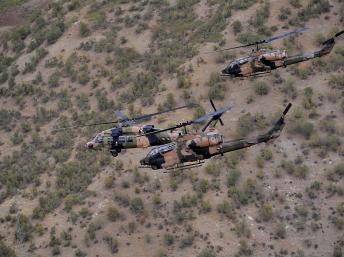 It was not in vain that the Turkish armed forces were preparing for war with the Kurds in Iraqi territory; additional units and armored vehicles were being pulled up to the border. On October 19, the Turkish army launched another military operation against Kurdish militants in southeastern Turkey and in the northern regions of the Iraqi state.

The reason for the start of the operation served a series of terrorist acts and attacks, which were recently organized by the Kurds in Turkey. During the last terrorist attack that took place on October 9, 18, in the south-east of Turkey in the province of Bitlis, 7 people were killed, including five policemen, and about 20 people were injured. The bomb was laid in roadside vegetation and worked when a police car passed by. And behind him went a bus with the locals, they were mostly injured.

According to Turkish experts, the Kurdish Workers' Party (PKK) is responsible for this attack. For several decades this organization has been fighting for the right of autonomy or even independence of the south-eastern regions of the Turkish state, they are predominantly inhabited by Kurds. The PKK is recognized as a terrorist organization in many countries of the world community, including Turkey, the European Union and the United States. The Kurdish problem for Ankara is very important, because it can lead to the collapse of the country, given the fact that the Kurds in Turkey, according to various estimates, from 20 to 30% of the population of the state. In addition, there are large communities of Kurds in neighboring states - Iran, Iraq and Syria.

October 19 Kurdish units attacked a number of Turkish border posts. According to recent reports, 26 was killed in an attack and about 20 were wounded. The Kurds reported 50 Turks killed. According to Hurriyet, Kurdish militants were simultaneously attacked by 8 border posts. The fight lasted for several hours. The Kurds attacked the posts, firing them with grenade launchers, because the attacks were carried out simultaneously, the Turkish posts could not help each other.

In response, the Turkish troops launched a large-scale military operation. The air force strikes both the territory of the north-east of the country and the regions of Iraq, and artillery is firing at the positions of the Kurds. In addition, land forces are now involved. The units of the Turkish special forces crossed the border with Iraq and began pursuing the enemy.

The attack of the Kurds was the largest in the last 30 years. The head of the Turkish government, Recep Tayyip Erdogan, having received a message about the attack, canceled his official visit to Kazakhstan and convened an emergency meeting of the heads of security agencies. The Minister of Defense, the Minister of the Interior, the Minister of Justice, the First Deputy Chief of the General Staff, the head of the intelligence agency and other officials took part in it. Turkish Foreign Minister Ahmet Davutoglu, in turn, refused to visit Serbia.

Erdogan also said that some external forces were to blame for the attack, but in the end "everyone will answer the bills." The Turkish Prime Minister explained that the Kurdish Workers Party has become a tool in the hands of some foreign forces that do not want to strengthen and develop Turkey. Considering the fact that earlier there were reports of possible cooperation between Israel and the Kurds, Ankara, apparently, is going to solve two problems in the war with the Kurdish resistance. Firstly, to inflict serious damage to the positions of the PKK in the north of Iraq, and secondly, to further strengthen the positions in the Islamic world, opposing themselves to the enemies of Islam.

The main goal of the Turkish army is the "base" of the Kurds, although in reality it is either ordinary rural settlements or caves in the mountains. Therefore, at first there was a message about 15 killed militants (although it is clear that uncomplicated persons could have been killed during attacks on settlements), and then about dozens of killed Kurds.

Why did the Kurds attack?

"American footprint." Washington will benefit from the destabilization of Eurasia, the war between the Kurds and Turkey fits into this strategy. In addition, there is an aggravation of the situation on the borders of the enemies of the United States - Iran and Syria. The American leadership is receiving an argument in order to leave part of its military contingent in Iraq, they say, even the Iraqis themselves cannot ensure the security of the country, it is necessary to help.

Kurdish interests. The Kurds want to preserve the American presence in Iraq, because after the withdrawal of the US contingent, they will remain alone in front of Iraqi Arabs, Iranians and Turks who want to destroy the de facto independent Iraqi Kurdistan, which has 4% of world reserves of “black gold.” The war on the border with Turkey will show the failure of the government of Baghdad.

There is a possibility that, in this way, the PKK units tried to thwart a sudden strike by the Turkish army, playing a lead in advance. In recent months, the Turkish armed forces actively increased their military capabilities on the border with Iraq. In the north-east of Turkey, 15 created “closed zones”, where access was limited even to the local population, some of the settlements were temporarily relocated. In early October, the Turkish parliament once again allowed the armed forces to conduct military operations in the territory of neighboring countries. Recently, the Turkish president visited the troops on the border. It was evident that Ankara was clearly preparing for a serious operation. In such a situation, the Kurdish leadership could take the lead in order to deliver a sudden blow, confuse the Turks with all the cards and prevent them from completing preparations for the war.

It is clear that they could not inflict a serious blow, but the 18 attack and October attack on the 19 angered the Turks and provoked them to attack.

"Israeli or Syrian trace". It is not for nothing that Ankara blamed external forces; it is advantageous for Syria and Israel to divert Turks from their states. After all, rumors about the preparation of the war of Turkey with Syria, about the creation of a "security zone" in the border areas of Syria were circulating recently. Syrian or Israeli intelligence agencies could provoke a conflict to cool the ardor of Turkish neo-Ottomans. The more Turks have problems with Kurds, the easier it is for their neighbors. Although it is clear that the Damascus footprint in this version is weaker, he has his own problems with the Kurds a lot, moreover, if Ankara finds out that the Syrians were behind the Kurdish attack, the likelihood of war with Turkey will increase dramatically.

Turkish interest. Ankara itself could provoke the Kurds with its military preparations so that then with a clear conscience (see, they say, they attacked themselves) solve the PKK problem in Iraq. If this is so, then the operation will be large-scale; the Turkish army will try to solve the problem of the Kurds in Iraq. Yes, and Baghdad will benefit from this, if the Turks defeat the Kurds, the Arabs will not have to fight themselves.