July 1 2015
11
The 10-th anniversary international exhibition of armaments Russia Arms Expo 2015 will be held in Nizhny Tagil on September 9-12 - on the eve of the Tankman's Day and in the year of the 70 anniversary of the victory in the Second World War. Traditionally, the exhibition will bring together the largest players in the arms market for a comprehensive discussion and display of the most advanced models of military equipment. It is reported that the exhibition Russia Arms Expo 2015 will be a record in scale shows a variety of military developments.


The tenth international exhibition of armaments, military equipment and ammunition RAE-2015 promises to be the most ambitious display of the most modern developments of both domestic and foreign defense industry complex. At the same time, this year the exhibition goes to a new level of media coverage. The exhibition in Nizhny Tagil is held every two years. In 2013, the exhibition was visited by delegations from 45 of various countries, including more than 400 leading experts and top managers of foreign defense enterprises.

This exhibition is rightfully one of the leading arms exhibitions in the world. Since 1999, the number of exhibits has grown to about 2,5 thousands, and 50 from different countries presented their designs at the exhibition. In 2013, 20 943 people visited the exhibition, including 467 foreign guests as part of a delegation from 40 countries. The demonstration site of the Russia Arms Expo 2015 exhibition has no analogues in the world: it is a single complex with a length of approximately 50 kilometers and a width of 1,5 kilometers, it accommodates tracks for armored (2775 meters) and automotive vehicles (2425 meters), tracks with obstacles, hydrodrome, shooting range, landing grounds, as well as firing positions. 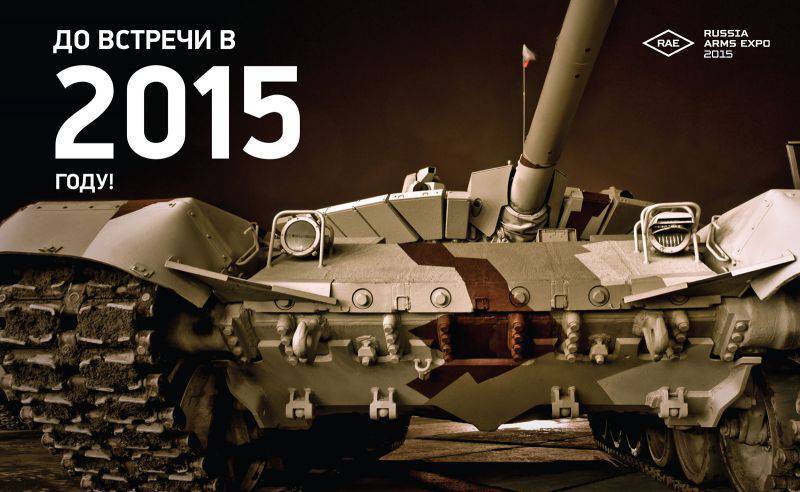 In 2015, this Ural exhibition of weapons and military equipment will be advertised with the help of mascot - fantastic cyborgs animals, on which samples of modern Russian weapons were installed. They will form the basis of the corporate identity of the event and become the personification of the renewed branding of the exhibition. Alexey Zharich, deputy general director of Uralvagonzavod, who oversees the exhibition, told reporters that this additional branding will be just one of the many media “chips” of the upcoming exhibition, which aims to develop not only as a business salon, but also as a full-fledged military show.

Video broadcasting of the exhibition’s demonstration program will be carried out by Panorama, which was created to display the Olympic Games in Sochi, said Alexei Zharich. Therefore, the picture from the exhibition will be at the level of "good sporting events." At the same time, the military show from Nizhny Tagil will be broadcast not only by the federal television channels (as expected, it will be Russia HD and Russia 24), but also by domestic Internet giants. So, broadcasts from the exhibition can be seen on the main page of the popular Mail.Ru service. According to Zharich, “practically the entire Russian Internet” will be able to see the exhibition in this way. According to him, the exhibition is supported by one of the top Russian editions of Lenta.ru, where a special RAE-2015 heading was created, this section will highlight all newsthat are related to the exhibition. “For us, this is another significant step in the Internet space,” Zharich told reporters.

The demonstration program of the exhibition itself, which includes maneuvers and firing of military equipment, this year will be shortened in 40-50 minutes. At the same time, the organizers promise that thanks to the installation of new tribunes and huge screens of the broadcast, ordinary viewers will be able to observe what is happening as well as those who purchased tickets for VIP-seats. On large screens, among other things, what is happening in the cabs of military equipment, as well as footage from unmanned aerial vehicles, will be broadcast. Among other media innovations of the popular exhibition is the publication of its own magazine (for international military salons they have become a tradition), as well as the appearance of the “official chronometer of the exhibition” (“Rocket” watches, which became the Ural know-how). The cost of tickets for the exhibition has already been determined. The entrance ticket for business days of the exhibition (9-10 of September) costs 900 rubles. The entrance ticket for the days of mass visits (September 11-12) - 350 rubles. The entrance ticket to the stands A and B for viewing the demonstration program (only on 11-12 of September) - 500 rubles, to the stand E - 300 rubles. Entrance to the exhibition area and inspection of the exhibition without visiting demonstration programs for children under the age of 14 years accompanied by adults is free. 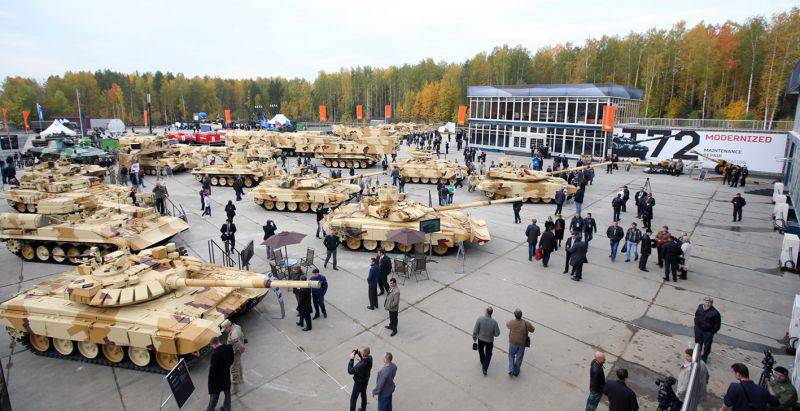 This year, about 40 countries will take part in the exhibition, Andrei Sobolev, Minister of Foreign Economic Relations of the Sverdlovsk region, told reporters about this. According to him, for the first time Italy, Mexico and Korea will take part in the exhibition. At the same time, some countries refused to exhibit at Russia Arms Expo 2015 because of the sanctions, the exhibition organizers admit, but the business international program of the event is expected to be very intense due to government events in the field of military-technical cooperation (including with Azerbaijan and Turkmenistan ). The exhibition will be attended by at least 116 companies that will present 60 samples of military and special technology.

Currently, RAE does not pay off as a commercial event in terms of selling exhibition space, the organizers of the exhibition themselves admit this. According to Zharich, in 2013, the exhibition was so successful that already in 2015, its organizers hoped to reach a new level and make it commercially successful. However, these plans were hampered by the deterioration of relations with the West and the imposed sanctions. Now the exhibition expects to be "plus" in 2017-2019. At the same time, according to Alexei Zharich, in terms of contracts and sales of military equipment, Uralvagonzavod pays for its costs for the exhibition. “We have our own vested interests, it’s not just window dressing,” Zharich said, recalling that UVZ is currently executing export contracts for 3 billion dollars, and many of these contracts were concluded following last year’s RAE. At the same time, according to the organizers, the costs of holding the exhibition in 2015 will be 150-160 million rubles.

Russian journalists also had questions about the fate of the exhibition in light of the current promotion of other army exhibition events, for example, the Army 2015 forum held recently in the Moscow Region. According to Alexei Zharich, Russia Arms Expo occupies its niche and will not compete with the past forum. According to him, “Army 2015” is a good patriotic event that told citizens about the relationship between the army, society and the country. This event is complemented by three main military salons - aviation (salon MAKS), armored (RAE in Nizhny Tagil) and the naval (in St. Petersburg). According to Zharich, RAE is primarily a business and industrial event that is aimed at implementing business processes, and the Army forum is a big show organized for the public. 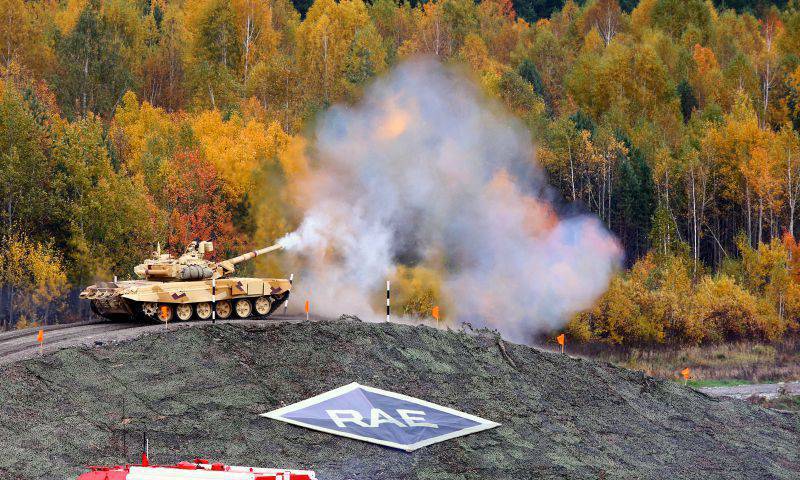 According to TASS, more than 2015 thousand square meters have already been booked under the RAE-10 weapons exhibition. Anatoly Kitsura, CEO of the operator of the Business Dialogue exhibition, told TASS journalists about this. Earlier, the exhibition organizing committee has already clarified what 116 companies from different countries of the world are waiting for in Nizhny Tagil. “At this point in time, 8,4 has been booked thousands of square meters in open spaces and 2,3 thousands of square meters of indoor space located in exhibition halls, taking into account the exposure of the technology of the Uralvagonzavod research and production corporation.

According to Anatoly Kitsura, 60 units of various equipment will be presented at open exhibition areas. There are plans to show at the exhibition and the latest combat platform "Armat". This was said earlier by the deputy general director of Uralvagonzavod, Aleksey Zharich. According to him, the possibility of demonstration at the exhibition "Almaty" depends on the decision of the Ministry of Defense of the Russian Federation. It is the military that will decide in which variant the new Russian combat platform will be presented at the arms exhibition. Perhaps it will be shown "in the aquarium", that is, behind the glass and will be fenced off from visitors. Zharich hopes that the issue with the demonstration at the exhibition of this platform will be resolved before September. At the same time, he stressed that the UVZ, while demonstrating military equipment at the exhibition, focuses on export samples, and the Armata is not intended for sale to export. Therefore, in this matter, you should keep a balance, and not step on your heels. At the same time, at Uralvagonzavod, they understand that the demonstration at the “Armata” exhibition will attract additional attention to RAE, so they are counting on a positive solution to this issue. 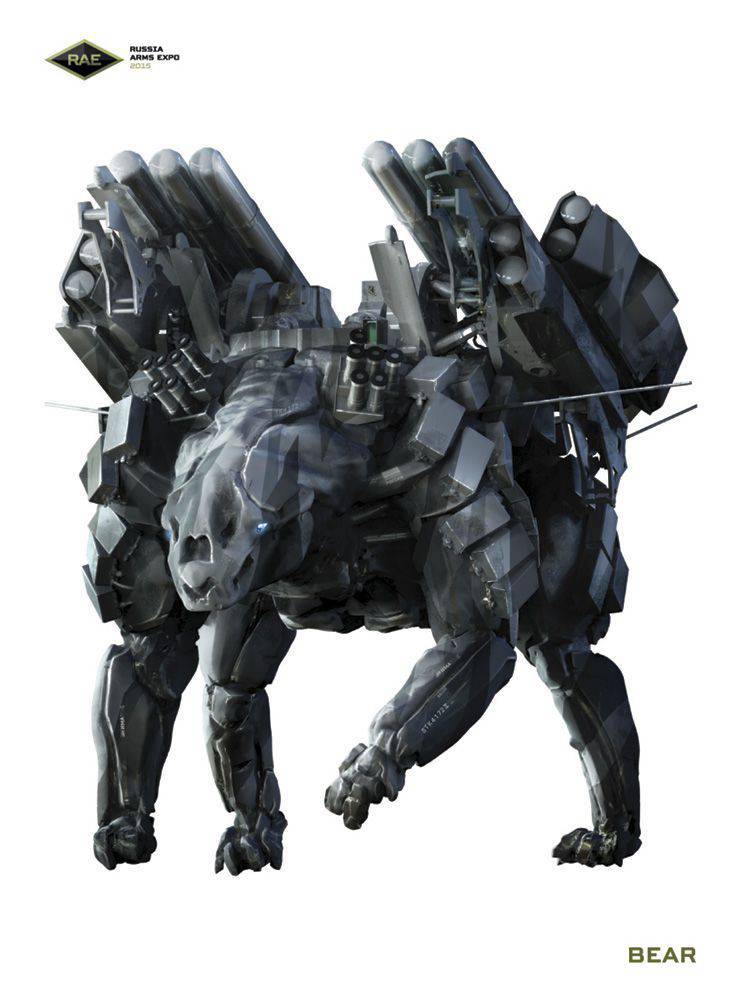 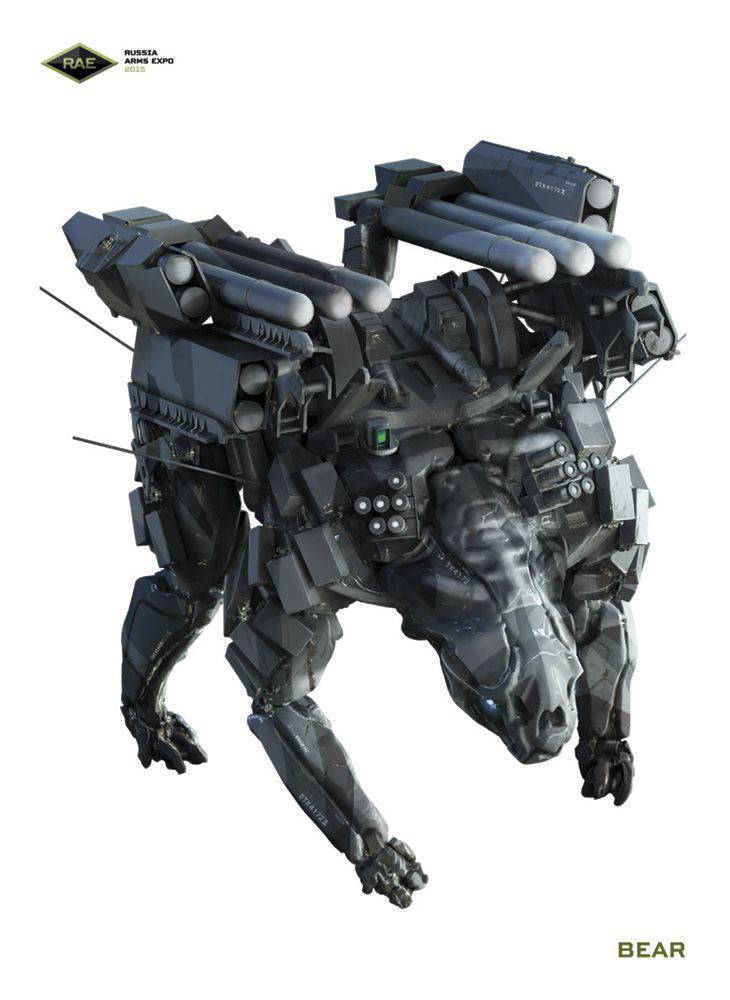 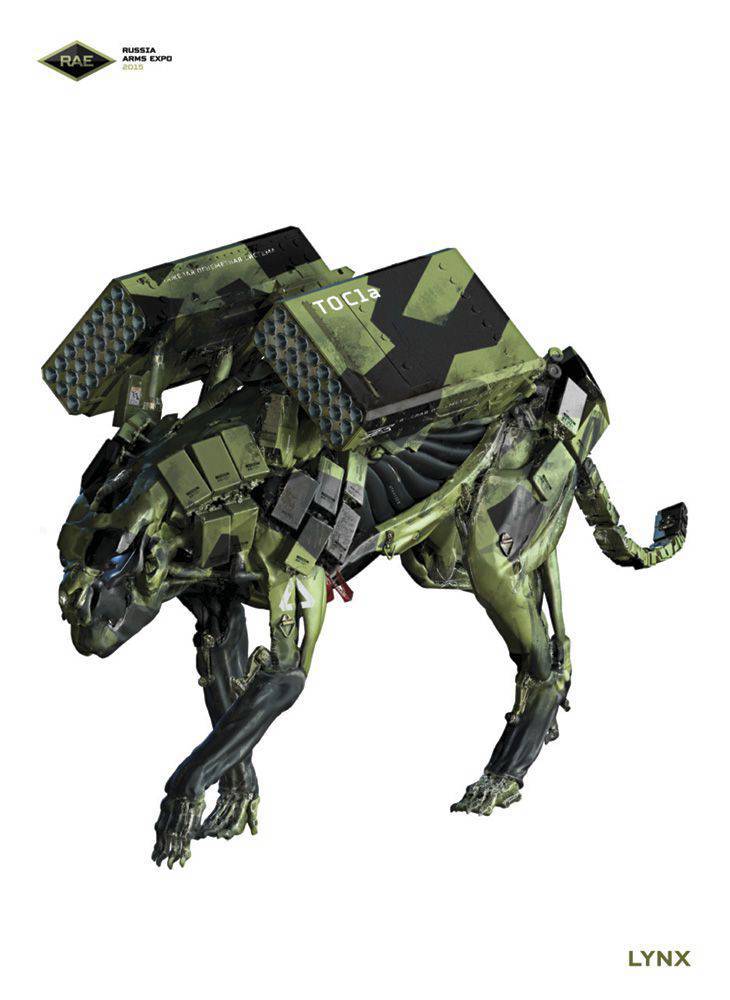 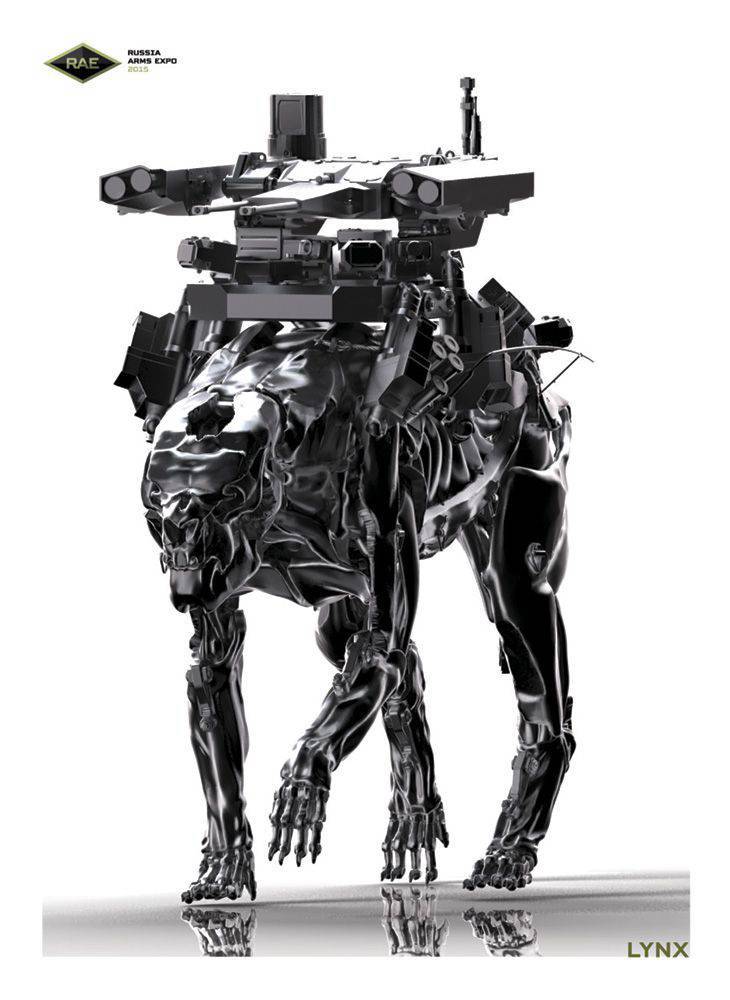 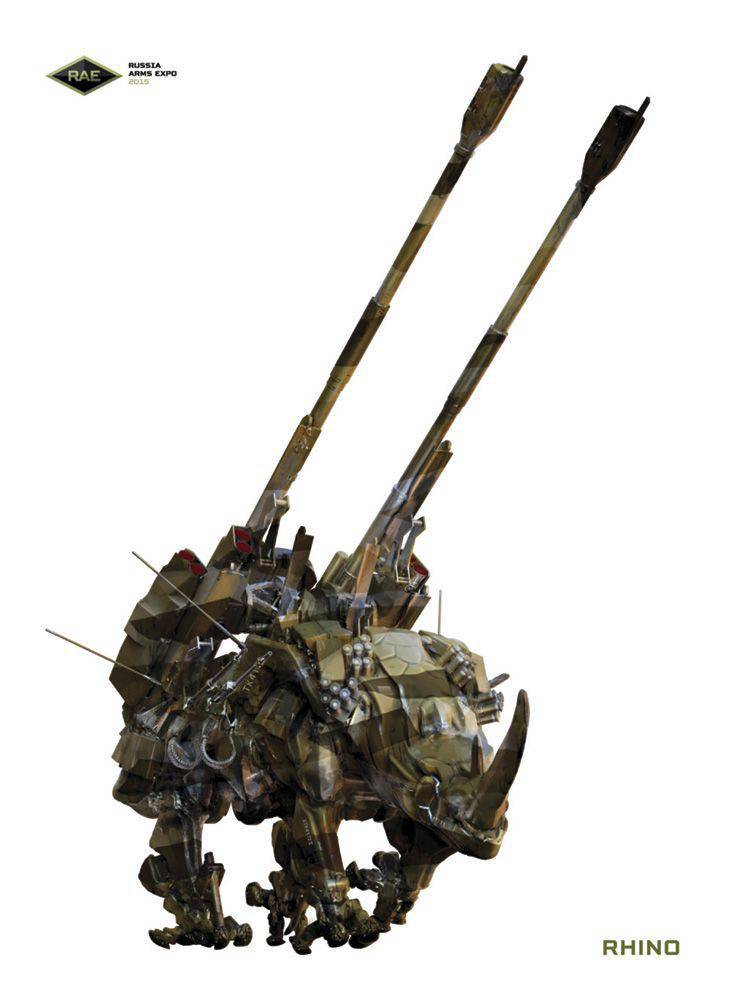 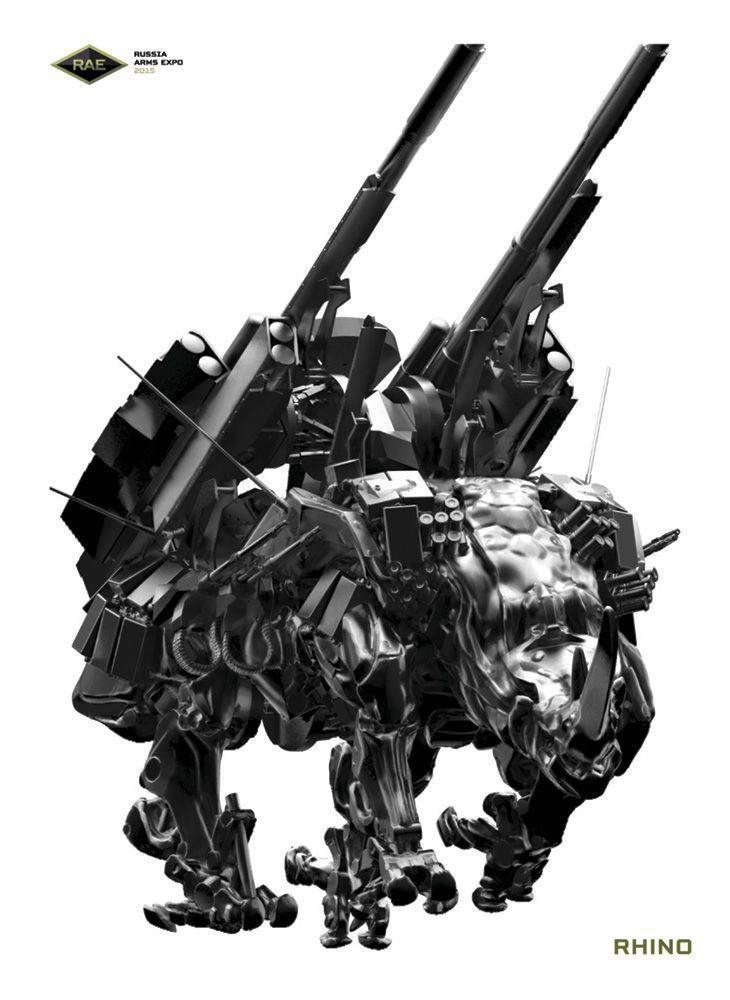 Ctrl Enter
Noticed oshЫbku Highlight text and press. Ctrl + Enter
We are
RAE-2015 determined the flagship direction of the Russian defense industryRussian Arms Expo-2013: exhibits and statements
11 comments
Information
Dear reader, to leave comments on the publication, you must to register.