Why Israelis consider themselves to be chosen people ("Haaretz", Israel) 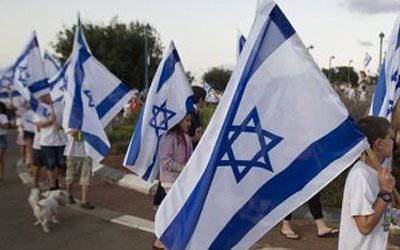 On the Day of Judgment, the words of the prayer again sounded in all the synagogues “You chose us from all nations, loved us, and raised us above all tribes, and consecrated us with your commandments, and brought us closer, our lord ..." we are the chosen people, was again clothed with words. This happens not only on Yom Kippur, but also during any prayer. It is written in the Torah.


However, the idea that we are the chosen people sits in our heads much deeper than many of us think. Not only in the context of Jewish traditions, not only among those who observe religious precepts.

Modern, secular Israelis also sincerely, wholeheartedly, believe that they truly belong to the chosen people. Little remains of ancient Jewish ideas that have taken so deep and strong roots in modern Israeli existence, as the idea that the Jews are “chosen people,” whatever the interpretation of this concept may be.

Almost every Israeli is convinced that we are the best in the world: our “Jewish genius”, the Israeli army is the most moral in the world, no one has the right to teach us, we are the most presumptive.

It is not only about the arrogance devoid of any reason. This is a very dangerous idea that has allowed Israel to conduct itself as it has been doing for many decades, roughly ignoring the opinion of the rest of the world. This idea is also not deprived of gloomy nationalistic and racist components. There is nothing wrong with that people consider themselves successful. The Jewish people have enough reasons and many achievements to think about themselves in this way. This also applies to the State of Israel, whose existence and significant achievements can be considered a miracle. However, in all this there is no one important national quality - modesty. It is very difficult to suspect Israelis in modesty.

At the core of Israeli arrogance is the basic idea that we are, in fact, a “chosen people,” and possess special qualities that no other nation in the world has. A similar approach can be found in any Israeli tourist abroad. You will hear a similar opinion from any Israeli who has spoken with foreigners.

This idea is well traced in the international politics of the state of Israel. Americans - "limited types", Indians - "primitive", Germans - "robots", Chinese - "cranks", Scandinavians - "naive simpletons", Italians - "clowns". Arabs? Arabs are Arabs. You know who. Only we know what is good for us and what is bad for us. And not only for us, but for the whole world. Israeli intelligence has no equal. The Jewish head is unique. Jewish brains can invent anything, no one can compare with us. Because we are us.

Making sure that all of the above takes place is very simple. Here you have the latest example, which has no relation to religion. Last week we learned that another Israeli scientist won the Nobel Prize. There is no doubt - good news. Professor Dan Shechtman, of course, deserves this high award. However, the unbridled joy of all of Israel, which broke out on this occasion, looked absolutely inappropriate.

In a society that always blames individuals for all failures and failures, and not for itself, such a “nationalization” of individual achievements seems absurd. Well, of course, all of Israel participated in the revolutionary scientific experiment of Professor Shechtman in the American laboratory in the distant 1982 year. We were all there. Now we will all go to Stockholm together to receive "our" Nobel Prize.

This is followed by familiar calculations: how many Nobel prizes "we" received, what is the ratio of the number of our Nobel laureates and the size of the population of Israel. Lists of all Nobel laureates of Jewish origin also go into action, as if they received a prestigious prize for their Jewry. All this, in turn, serves as evidence of our "genetic" superiority of the "chosen people." This is the other side of the coin.

Ctrl Enter
Noticed oshЫbku Highlight text and press. Ctrl + Enter
We are
About Stalin and KhrushchevWhat you didn't want to know about England
35 comments
Information
Dear reader, to leave comments on the publication, you must to register.