The United States stood up for the supporters of Gaddafi 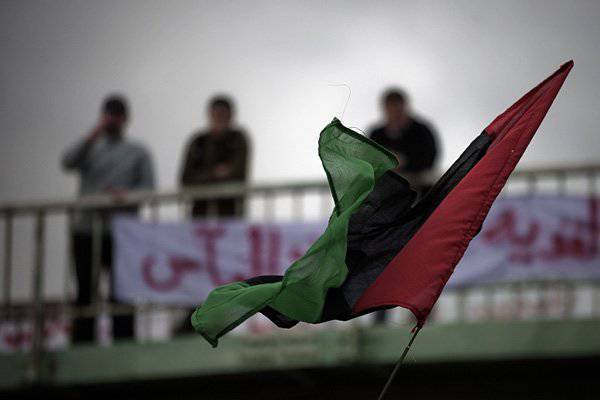 
The US State Department expressed concern about the situation in Libyan prisons. The Ministry of Justice did not start work in the country, while the number of detained supporters of Gaddafi exceeded 7000, and torture was used against them.

The reason for the US intervention was the publication of the report of the human rights group Amnesty International. Lawyers of this organization visited Libya in October. There is no prison infrastructure in the country, but worse, many of the detainees are innocent, and they are kept in prisons on the basis of race.

In February, Gaddafi hired mercenaries in Niger to quell unrest. Since then, the PNS considers blacks as its opponents. People from tropical Africa are imprisoned, while many of the detainees are just guest workers.

“All we need is to go back home,” Amnesty quotes a native of Niger. “Now it’s very unsafe for us here in Libya.” According to the woman, she was arrested on the street. Together with her relatives, she went to prison because, like many migrant workers, she did not have documents with her.

Illegal workers in Libya are in a delicate situation. Anyone who does not have a country passport is considered to be mercenaries, and in the absence of justice it is difficult to prove the opposite.

The PNS knows that Libya has its own black population. Do not forget that it supported Muammar Gaddafi against the rebels.

The clashes of the Transitional Council with the blacks continued throughout the entire period of hostilities. When PNS won, it's time for revenge. Misguratans, not controlled by official Tripoli, staged blacks against pogroms. The city of Taverha was punished for the fact that its inhabitants, for the most part of their Negroids, participated in the battles for Misrata.

The main misfortune of the current Libya is the actual absence of both the penitentiary and the judicial system. The fate of those arrested is entrusted to people who "know nothing about human rights." Many of the investigators, the former rebels, beat testimony from the prisoners by force.

Dr. Osama Jazvi, the doctor of one of the rebel brigades, quite seriously divided torture and beatings. According to him, after the victory of the rebels, the beatings occurred almost after each detention. The arrested mutuzili in cars while transported from one place to another. Now - the situation is different, and in Libya, if they are beating, then with intent.

It is particularly annoying that the Libyan penitentiary system is still at the formative stage, human rights activists say. Prisoners are held in terrible conditions. The suffering of these people is a consequence of the situation in which they find themselves, and not just the malicious intent of the PNS.

In the US foreign ministry, they appealed to Tripoli to rectify the situation: "We hope that the PNS will respect the freedoms of the people and the rule of law in relation to all residents of Libya." The United States also made it clear that they did not approve of racial discrimination in Libya.

However, the United States is unlikely to hope for the success of its appeal. It is hardly necessary to wait for corrections in the near future, simply because the PNS does not control Libya.

We are in Yandex Zen
French UAV Harfang based on Niamey in Niger (photo report)
14 comments
Information
Dear reader, to leave comments on the publication, you must to register.