"Bullets are flying in both directions" 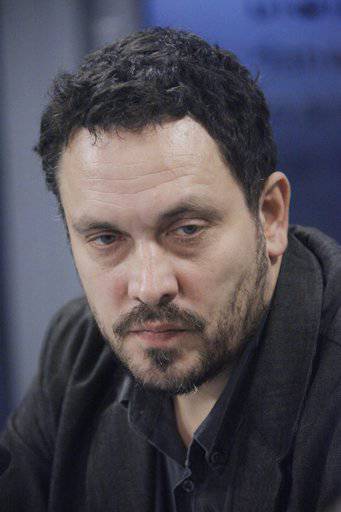 When forming the "presidential" list of the Public Chamber of the Russian Federation, it was not named after the head of the Working Group on the Development of Public Dialogue and Civil Society Institutions in the Caucasus, Maxim Shevchenko. In an interview with Rosbalt, Shevchenko spoke about Russia's "Caucasian politics" and shared his plans for the future.

- Maxim Leonardovich, you were not included in the so-called "presidential" list of the Public Chamber. Did someone get revenge for active work in the North Caucasus?

- I do not think that the President of the Russian Federation may be a hostage of the machinations of some forces. I was a member of the Public Chamber for two terms. I am an opponent of the nomenclature and I am not going to become a nomenclature. Therefore, the president completely rotated me. Of course, there are people who, for the fourth time, go to the Public Chamber on the “presidential” list, but these are their problems of mutual relations with the authorities.

I will be engaged in the Caucasus anyway. As a member of the Public Chamber, I have a certain kind of systemic obligations with the state. If I am not a member of the Public Chamber, then I will have fewer such obligations. Systemic obligations provide an opportunity to get into the offices of regional level officials and influence them. But maybe it’s not particularly worth getting into these rooms. In these cabinets, I have been a lot, but I have not always seen a lot about it. I have not yet made a decision whether I will go to the Public Chamber of the new convocation according to the list of all-Russian organizations or, maybe, my activity will be more effective outside the chamber.

I know that there is a lot of nonsense on the Internet, especially from the side of fascist resources that connect themselves with Israel, that my alleged “non-inclusion” is the result of the activities of some petty crooks who call themselves political technologists. It cannot even be seriously considered - no matter how much a dog barks, a caravan called "Russian power" will always make its own decisions, based on the internal expediency of the processes that occur in the Russian Federation.

- Mistrust between representatives of nations, of course, has objective reasons and is the cost of "difficult times", about which much has already been said. But there is also a conscious kindling of quarrels and phobias. In Russia, a certain part of the elites is associated with the so-called "world order", which does not want the Russian Federation to follow its unique path as a community of nations, civilizations, religions.

We have internal problems associated with the adaptation or non-adaptation of various socio-cultural enclaves. But we are not talking about ethnic war, but they are talking. The transfer of propaganda of ethnic competition into Russian politics is the destruction of our country. I see that a conscious opposition of Caucasians and Russians is taking place.

The opposition of these forces to my activities in the Caucasus is quite large. But our working group of the Public Chamber will work to create a civil society in the Caucasus, in which people of all nationalities will have equal opportunities for development. No matter where fascist and neo-Nazi views come from, we will fight them.

- "Talk of the town" became the statement that the federal government allocates a lot of money for socio-economic programs in the North Caucasus. Do you think the distribution of these funds is correct?

- Absolutely wrong position - to consider the Caucasus as a single territory in terms of funding. Each region requires a separate approach, a separate policy and a separate program.

Formation of a unified attitude towards the Caucasus as a kind of native space seems to me to be wrong and absolutely false. We are not talking about Central Russia as the territory of a single financing. But all the time we view the Caucasus as some kind of semi-colonial margin. And there are fundamentally different cases. In some regions, funds are spent more rationally, in others - less rationally.

Each region has its own successes, its own failures, its own corruption component, its own efficiency and inefficiency in spending money. In the Caucasus, they steal and spend money less in vain than in the Far East and in the North. I am sure of this one hundred percent. Much more money is allocated to the Far East and the North. And the results? Look at Vladivostok - there was no war there, but the feeling that it was.

- Is the external border of the Russian Federation in the Caucasus "sacred and inviolable" or will it change with time (after all, there are conversations, for example, about the inclusion of South Ossetia in Russia)?

- Talk about the merger of South Ossetia with North today is unacceptable. As well as changes of borders within the NCFD. This will lead to an imbalance in the Russian North Caucasus, to inter-ethnic wars and to increased terrorist danger. South Ossetia should develop as an independent sovereign state, and Russia should invest in the development of democracy in this republic.

It’s not necessary to revise borders now, but to develop border areas within Russia, to protect, as was done in 2008, the rights of Russian citizens in the adjacent territories - not only Georgia, but also in other countries - for example, Azerbaijan, Kazakhstan, Uzbekistan and etc.

The recent "closure" of the borders with Russia by the South Ossetian authorities is a mistake. They create a conflict situation out of the blue and allow external forces to intervene in the political process within the republic.

- How do you propose to overcome the enmity sown between nations?

- We offer open dialogue. Everyone should be able to talk with each other. I believe in the human mind, in the ability to negotiate and find a common position. One should not treat a person according to what nation or religion he is, but to look at whether he is decent or dishonest.

- And those who do not want to be decent and carry on a dialogue, how to re-educate?

- Adult people can not be re-educated if they do not want to think about it. We must be able to talk with everyone. But if someone is looking for a fight, then do not be afraid of this fight. And the bullets, as you know, fly in both directions.