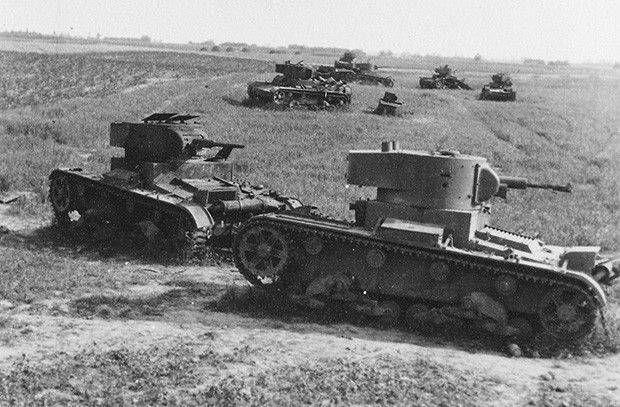 History and as a science, and as a social tool, alas, is subject to too much political influence. And it is often the case that for some reason — most often ideological — some events are extolled, while others are forgotten or underestimated. Thus, the overwhelming majority of our compatriots, both those who grew up during Soviet times and in post-Soviet Russia, are sincerely considered the largest battle of Prokhorovka in the history of tank battles - an integral part of the battle of Kursk. But in fairness it should be noted that the largest tank battle of the Great Patriotic War actually happened two years earlier and five hundred kilometers to the west. During the week in the triangle between the cities of Dubno, Lutsk and Brody, two tank armada of a total number of 4500 armored vehicles met.

Counter attack on the second day of the war

The actual beginning of the battle of Dubno, which is also called the battle of Brody or the battle of Dubno-Lutsk-Brody, was 23 June 1941 of the year. It was on that day that the tank tanks, at that time, out of habit, they were also called mechanized — the corps of the Red Army stationed in the Kiev military district, launched the first serious counterattacks against the advancing German troops. The representative of the General Headquarters of the Supreme Command Georgy Zhukov insisted on counterattacking the Germans. Initially, a blow to the flanks of Army Group South was attacked by 4, 15 and 22 mechanized corps, which were stationed in the first echelon. And after them, the 8, 9 and 19 advanced from the second echelon of the mechanized corps were connected to the operation.

Strategically, the plan of the Soviet command was correct: to strike at the flanks of the Wehrmacht’s 1 tank group, which was part of Army Group South and rushed to Kiev to surround and destroy it. In addition, the first day battles, when some Soviet divisions - such as, for example, the 87 division of Major General Philip Alyabushev - were able to stop the superior forces of the Germans, gave hope that this plan could be implemented.

In addition, the Soviet troops in this area had a significant superiority in the tanks. The Kiev Special Military District on the eve of the war was considered the strongest of the Soviet districts and it was he who, in the event of an attack, was given the role of executor of the main retaliatory strike. Accordingly, the equipment came here in the first place and in large numbers, and the training of personnel was the highest. So, on the eve of the counterstrike, the troops of the district, which had already become the South-Western Front by this time, had as many 3695 tanks. And from the German side, only about 800 tanks and self-propelled guns went on the offensive - that is, more than four times less.

In practice, an unprepared, hasty decision about an offensive operation resulted in the largest tank battle in which Soviet troops were defeated.

Tanks fight for the first time with tanks

When the tank units of the 8, 9 and 19 mechanized corps reached the front line and entered the battle from the march, this resulted in the oncoming tank battle - the first in the history of World War II. Although the concept of wars of the mid-twentieth century did not allow such fights. It was believed that the tanks - a tool to break through the enemy’s defenses or create chaos on his communications. "Tanks do not fight with tanks" - this principle was formulated, common to all armies of that time. Anti-tank artillery was supposed to fight the tanks - well, and carefully entrenched infantry. And the battle of Dubno completely broke all the theoretical structure of the military. Here, Soviet tank companies and battalions were literally head on to German tanks. And - lost.

There were two reasons for this. Firstly, the German troops were much more active and rational than the Soviet, used all types of communication, and coordination of the various types and types of troops in the Wehrmacht at that time was, unfortunately, a cut higher than in the Red Army. In the battle of Dubno-Lutsk-Brody, these factors led to the fact that Soviet tanks often acted without any support and at random. The infantry simply did not have time to support the tanks, to help them in the fight against anti-tank artillery: the infantry units moved on their own two feet and tritely did not catch up with the tanks that had gone ahead. And the tank units themselves at the level above the battalion acted without general coordination, by themselves. It often happened that one mechanized corps was already rushing to the west, into the depths of the German defense, and the other, which could support it, began regrouping or retreating from its occupied positions ... 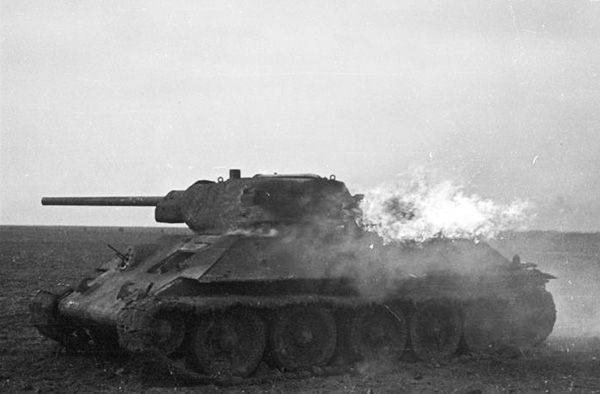 Contrary to the concepts and instructions

The second reason for the massive death of Soviet tanks in the battle of Dubno, which needs to be mentioned separately, was their unavailability for tank combat - a consequence of the very pre-war concepts of “tanks do not fight with tanks”. Among the tanks of the Soviet mechanized corps that entered the battle of Dubno, light tanks escorting infantry and raid warfare, created in the early to mid-1930's, were the majority.

Soviet light tanks, due to the specifics of the tasks assigned to them, had anti-bullet or splinter armor. Light tanks are a great tool for deep raids to the rear of the enemy and actions on his communications, but light tanks are completely unsuitable for breaking through defenses. The German command took into account the strengths and weaknesses of the armored vehicles and used their tanks, which were inferior to ours, both in quality and weaponry, in defense, negating all the advantages of Soviet technology.

The German field artillery has had its say in this battle. And if for T-34 and KV it, as a rule, was not dangerous, then light tanks had a hard time. And against the Wehrmacht 88-millimeter anti-aircraft guns, rolled into the direct fire, even the armor of the new Thirty-Fours was powerless. Worthy resisted them except that heavy KV and T-35. The light T-26 and BT, as stated in the reports, "as a result of hitting anti-aircraft shells partially destroyed," and not just stopped. But the Germans in this direction in the anti-tank defense used far from only anti-aircraft guns.

And still, Soviet tankers even in such "inappropriate" vehicles went into battle - and often won it. Yes, without air cover, because of which the German on the march aviation knocked out almost half of the columns. Yes, with weak armor, which was sometimes pierced even by heavy machine guns. Yes, without radio communications and at your own peril and risk. But they did.

They walked, and sought their own. In the first two days of the counteroffensive, the balance of hesitations varied: one side or the other achieved success. On the fourth day, the Soviet tankmen, despite all the complicating factors, succeeded, throwing the enemy 25-35 kilometers in some sections. Towards the evening of June 26, Soviet tankmen even took the city of Dubno with a battle, from which the Germans were forced to move ... to the east! 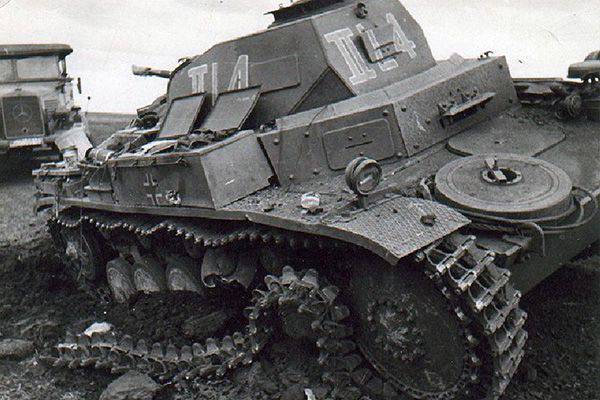 Nevertheless, the advantage of the Wehrmacht in the infantry units, without which the tankers could only fully function in the rear raids, soon began to be felt. By the end of the fifth day of the battle, almost all of the avant-garde parts of the Soviet mechanized corps were simply destroyed. Many units were surrounded and were forced to go on the defensive on all fronts. And the tankers with each passing hour more and more lacked intact machines, shells, spare parts and fuel. It got to the point that they had to retreat, leaving the enemy with almost intact tanks: there was no time and opportunity to put them on the course and take them with them.

Today you can find the opinion that, de, then give up the leadership of the front, contrary to the orders of Georgy Zhukov, the command to move from the offensive to the defense, the Red Army, they say, would have turned back under the Dubno Germans. Would not turn. Alas, that summer the German army fought much better, and its tank units had much more experience in active interaction with other branches of the military. But its role in disrupting the Barbarossa plan, fostered by Hitler, the battle of Dubno played. The Soviet tank counterattack forced the Wehrmacht command to deploy reserves, which were intended for an offensive in the direction of Moscow as part of the Army Group Center. And the very direction to Kiev after this battle began to be considered as a priority.

But this did not fit into the long-agreed German plans, broke them - and broke so much that the pace of the attack was catastrophically lost. And although the heavy autumn and winter of 1941 was ahead, the largest tank battle has already said its word in the history of the Great Patriotic War. It was him, the battles at Dubno, echoing two years later on the fields near Kursk and Orel — and responded in the first volley of victorious salutes ...

Ctrl Enter
Noticed oshЫbku Highlight text and press. Ctrl + Enter
We are
"Fire arc". Day of the defeat of the German troops by the Soviet troops in the Battle of KurskMyths of the Great Patriotic. Papier mache helmet
149 comments
Information
Dear reader, to leave comments on the publication, you must to register.