The world on the way to the First World War. Part of 2 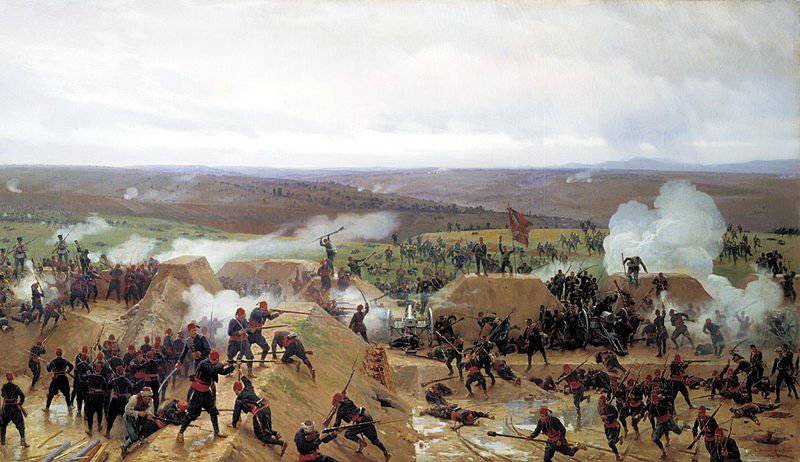 Since ancient times, the Balkan Peninsula has been a point of contact for the interests of different civilizations, cultures, religions and great powers. In the second half of the XIX century, the interests of several great empires of that time clashed there: Russia, Germany, Austria-Hungary, Turkey and Great Britain.


In May, an agreement was signed between St. Petersburg and Berlin, 1873, and the military convention obliged the parties to attack 200-th. the army. At the end of May 1873, during the visit of Alexander II and Russian Foreign Minister A.M. Russian emperor and emperor of Austria-Hungary Franz Joseph I signed a political agreement in Schonbrunn palace in Gorchakov to Vienna. In the fall, Germany joined it. The parties pledged to maintain territorial boundaries in Europe and jointly resolve important issues. The agreement became the basis for the so-called. The Union of Three Emperors, a set of agreements concluded in 1873, 1881 and 1884 years. Unfortunately, this alliance could not guarantee peace to Europe.

The union was very fragile: Russia wanted with its help to strengthen its position in the confrontation with the British, who showed military-political activity in Iran and Central Asia; Germany - to strengthen the rear before a new conflict with France, to prevent the union of Paris with St. Petersburg; Austria-Hungary - to moderate the activity of the Russian Empire in the Balkans.

Vienna, having completely lost its position in Italy and Germany, concentrated on the Balkan Peninsula. Berlin, choosing an ally between Vienna (with which it had recently fought) and Petersburg, eventually chose Austria-Hungary, deciding that it would be the leader in this tandem. Bismarck went to meet the Austrians, saying to them that there were no more reasons for disagreement, since Germany had completed the unification process. Vienna went to meet Berlin, deciding that it would be profitable, and not to return the lost.

1875 military alert of the year

Russia is beginning to lean toward Paris, the Russian public was shocked by the barbaric behavior of the Germans in France - the execution of hostages, the burning of villages, the looting of German soldiers. Therefore, the active participation of the French in the Crimean War was forgotten. Russian-French contacts are intensifying.

France quickly recovered from the war, paid the indemnity ahead of schedule. In Berlin, the idea of ​​a “preventive war” arose to destroy a rival. Already in 1875, the German Empire began to look for a pretext for a new war. France planned to take the remnants of Lorraine, Belfort, to limit its army, to impose a new indemnity. Paris panicked for help from Russia, and Petersburg helped. It was considered that the further strengthening of Germany and the weakening of France would cause an imbalance in Europe.

Petersburg declared that it sees no reason for the war on the part of Berlin and will place responsibility for the war on the German side, reserving freedom of action. London, with some delay, supported Russia's peacekeeping position. Thanks to Petersburg, peace in Europe was preserved. But there was a big disadvantage: Germany was offended, and after that Russian-German relations began to deteriorate. 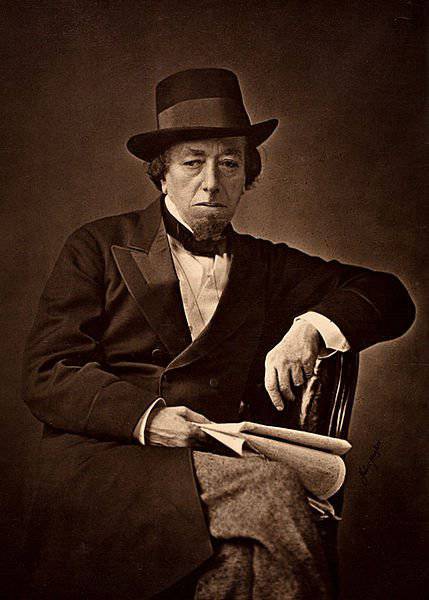 Benjamin Disraeli, English statesman from the Conservative Party of Great Britain, 40 and 42, the British Prime Minister in 1868. and from 1874 to 1880.

The “democratic” regime of the tanzimat (with Arabic “ordering”, “code”) led to a new uprising in Bosnia and Herzegovina. The Muslim communities that gained power dumped all duties on Christians, it was impossible to achieve justice in the courts when there were conflicts between Muslims and Christians - because of the killings, abductions of women, robberies, etc.

The rebels wanted autonomy following the example of Serbia and Montenegro. Russia showed great patience and tried initially to solve the problem through interaction with European powers. But faced with the opposition of London, the British government then led the ardent Russophobe Benjamin Disraeli. She supported England and Vienna, which wanted to maintain the status quo in the Balkans in order to continue its political and economic expansion.

While the negotiations were going on, the uprising grew - Bulgaria rebelled, Serbia came out against the Turks. 11 May 1876 in Istanbul there was an uprising of Turkish patriots, supporters of a hard line. 30 May Sultan Abdulaziz was forced to abdicate (4 June was killed), his nephew Mehmed Murad (Sultan Murad V) occupied the throne. At the head of the conspiracy, Grand Vizier Mehmed Rushdie and War Minister Hussein Avni forced him to declare a “holy war” (Murad himself was a gentle man, sympathetic to French culture). Turkish troops and bashibuzuki (detachments of the Turkish irregular cavalry, which were recruited from the wild tribes of Asia Minor, Albanians, Caucasian highlanders) defeated the Serbs, committed terrible massacres in Bulgaria and Bosnia.

Russia offered London to take over peacekeeping functions, the British were forced to agree. At this time in Istanbul, there was a new coup - Murad ruled only three months. 31 August 1876 was deposed by declaring him insane, his brother Abdul-Hamid II was erected to the throne. He proclaimed the beginning of great reforms, including the introduction of parliamentarism and the constitution. Disraeli demanded to give the Turks time to fulfill promises.

In December, a conference of envoys was opened in Istanbul 1876, it was aimlessly meeting for three months. As a result, in view of Istanbul’s categorical refusal to fulfill the requirements of the great powers to end violence against the Slavs (the London Protocol), Petersburg 24 on April 1877 declared war on the Ottoman Empire. Two years of political effort were wasted. 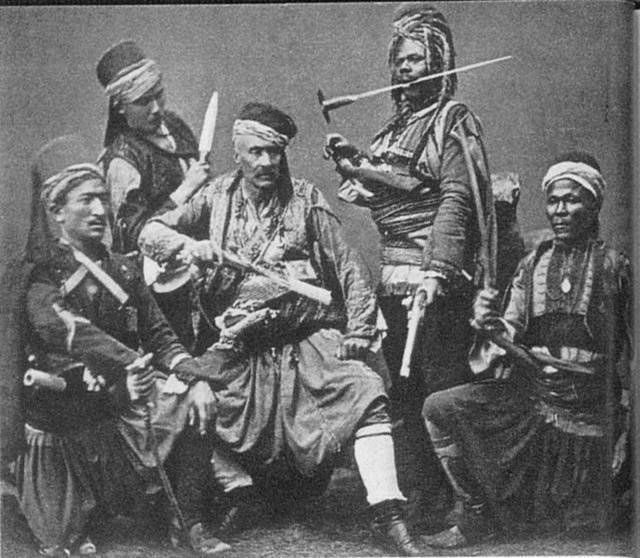 Before declaring war, Russia agreed on an alliance with Romania. Instead of autonomy, the Romanians were promised complete independence. With Vienna, an agreement was reached on neutrality.

The victorious march did not work out, the Turks defended well, they had talented commanders, such as Osman, Fouad, Suleiman. Failures with Plevna frustrated the idea of ​​a quick campaign.

But the outcome was obvious. The Russian army in Transcaucasia took Ardahan, Kars. With the help of a military engineer Eduard Ivanovich Totleben, Pleven was taken. Skobelev is smashing the Turks at Shipka and Sheinovo, his corps is rapidly approaching the approaches to Istanbul. 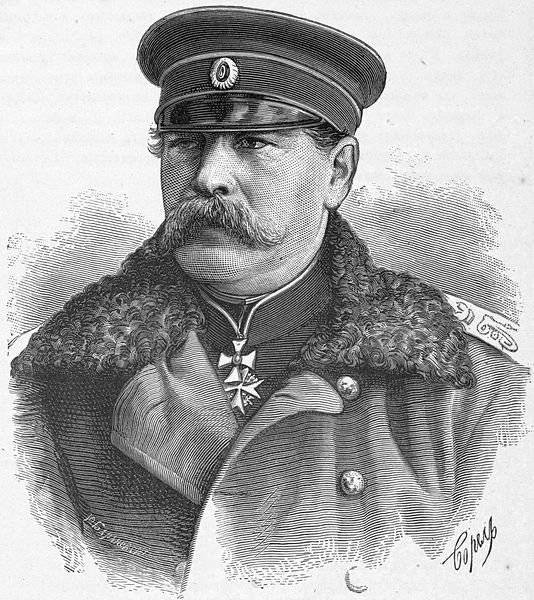 19 February 1878 was signed the victorious San Stefano peace treaty. According to it, independence was granted to Romania, Serbia, Montenegro. Bosnia and Herzegovina gained autonomy under the auspices of Austria-Hungary and Russia. Received autonomy Bulgaria. Turkish territory in Europe was severely curtailed. Russia received Bessarabia, taken away from us after the Crimean War, Romania transferred part of Dobrudzhi. In the Caucasus of Russia, Batum, Kars, Ardahan, Bayazet, and Alashkert valley departed. 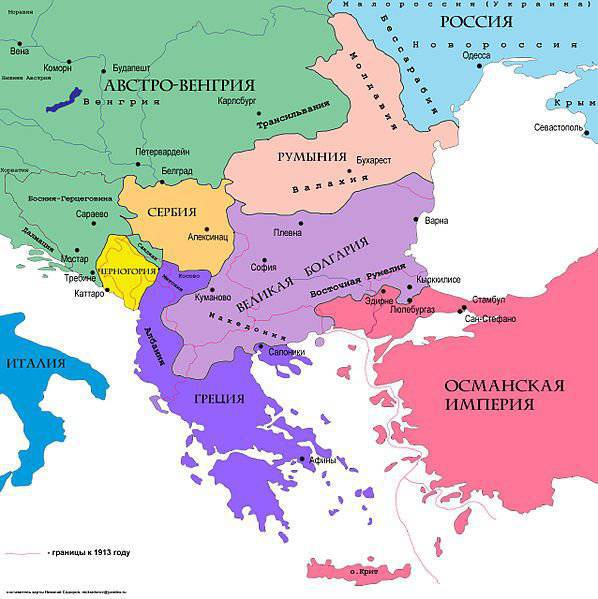 Borders of the Balkan states and Russia under the San Stefano Peace Treaty.

But this treaty caused the hatred of the whole of Western Europe - again a powerful front was knocked out against Russia. Vienna began to mobilize and troops to the Danube. London introduced its expeditionary fleet into the Marmara Sea. The British were pulling up forces from Malta and even from India. They were supported by the "grateful" for France and Italy for the 1875 year. Even Romania complained that it was “robbed”, demanding the return of Bessarabia and the reimbursement by Russia of military expenses. The Serbs demanded an increase in territory. The Turks, encouraged by such support, began to prepare for a new campaign.

Russia was not ready to fight with all of Europe, the war had exhausted finances and material resources, and therefore agreed to the Berlin conference, hoping for the support of Berlin. Everything now depended on the position of the German Empire: if it supported Russia, its enemies would have to retreat, the Russian and German armies were the best on the continent.

But Bismarck took the side of the opponents of Russia, on July 1 the Berlin Treaty was signed, which radically changed the conditions of the world. Bosnia and Herzegovina nominally remained part of Turkey, but were brought under the authority of Austria-Hungary. Serbia and Montenegro gained independence, but their territories were radically curtailed. The territory of Bulgaria was reduced three times, divided into two parts - Northern Bulgaria gained autonomy, and Southern Bulgaria remained under the Ottomans. Romania gained independence and at the expense of Bulgaria increased its territory by 2 thousand square meters. km The Turks retained the right to control the straits. In Transcaucasia, Bayazet and the Alashkert Valley were taken away from Russia. It was announced that the Turkish contribution to Russia could not be replaced by territorial acquisitions and be paid before the debts of England and other European creditors, i.e., de facto, Petersburg was deprived of 1,4 billion rubles. In addition, London, for helping the Turks, received Cyprus.

The “Armenian issue” has not been resolved either., under the Treaty of San Stefano, the Turks pledged to carry out reforms in Western Armenia, Russian troops were the guarantor of this. Now reforms in the Armenian lands were handed over to the control of powers, without a specific time frame. Control measures and effects on Istanbul were not developed, although this was demanded by Russia.

Chancellor Prince A.M. Gorchakov, who represented the Russian Empire at the Berlin Congress, admitted to the emperor in a note: "The Berlin Congress is the blackest page in my official career." Emperor Alexander II marked: "And in mine as well." Such was the sad ending of a fierce war, on which Russia spent more than 1 billion rubles (this is with the country's total budget 1878, 600 million rubles) and lost more than 150 thousand people (total losses). The emperor returned to Russia very old. All contemporaries of his then life in one voice report that the emperor lost weight, leaned over and hunched.

As a result, virtually all Balkan countries remained dissatisfied. The Berlin Treaty laid the foundations for a major European conflict. Turks dreamed of revenge and restoration of positions, Russia was deprived of most of the fruits of victory, Italy and Greece received almost nothing, Bulgaria was dismembered, its lands were transferred to the Romanians and Serbs. Serbia and Montenegro got much less than they wanted. Vienna, having received Bosnia and Herzegovina (with a discontented population), at the same time completely quarreled with Russia. Formed a real "powder magazine".

Only in London and Berlin were pleased. Germany raised its status by becoming a European arbiter. Vienna has now become fully oriented towards Berlin, fearing revenge from Russia. In 1879, Austria-Hungary and Germany entered into a military alliance. The main point of the military convention was the idea that if Russia attacked one of the countries, the other would support it with all its forces. In addition, the Germans opened the way for economic expansion into the Balkans (through Austria-Hungary) and into Turkish territory, since the Turks were offended by London, they believed that for Cyprus London could do more.

In the same year, 1879 Moltke developed a third war plan with Russia. If the first plan provided for simultaneous attacks on Russia and France, on the second the first strike was directed against the French, and the second against Russia, now a new version has been created. Significant forces covered the western border of Germany, and wanted to strike the main blow to Russia. But the invasion into Russia was not planned, the experience of Napoleon was still memorable. The German army had to cut off Poland from Poland with the attack of the Austrian forces from Galicia before the mobilization of the Russian army was completed. Then it was planned to hold the captured territory, exhausting the Russian armies in defensive battles and to incline Petersburg to peace. 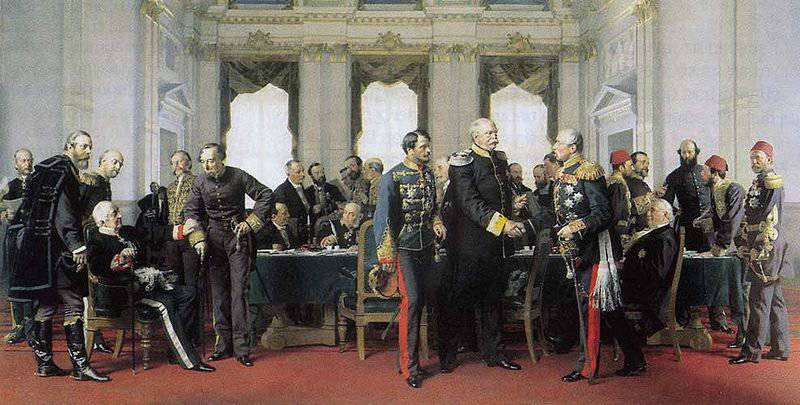 We are in Yandex Zen
Diplomats of the People's Commissariat of Defense: on the eve and during the war
September 6 1872 met three emperors in Berlin: Wilhelm I, Franz Joseph I and Alexander II
2 comments
Information
Dear reader, to leave comments on the publication, you must to register.