How can Russia "return" the Caucasus? 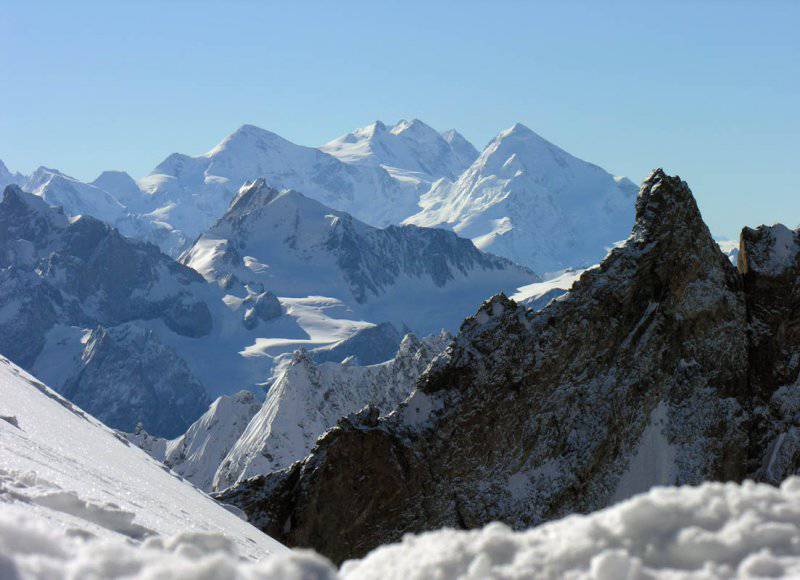 It should be immediately noted that the Russian people, like the Jews, are the Messianic people. There are only two such peoples on the planet at the moment. Previously, there were still Catholic empires - Portugal and Spain, Protestant Messianism (largely based on the Old Testament) of the Anglo-Saxons, who bore the "white man's burden."

That is why the Russians were able to master such huge open spaces that even now, during the decline, our state occupies the largest territory on the planet. Russian pioneers subordinated small nations to a single center not so much by force weapons (although it cannot be denied that this happened), as much as the power of the Great Idea. Representatives of other nations were admired by the strength of the Russian spirit, their will, intelligence, developed technologies, military might. Therefore, they tried to become “brothers” to such a great nation. The Russians, unlike the Europeans, accepted other peoples as equals, they were not for them a “two-legged beast.”

Until the beginning of the 20th century, this idea was Russian Orthodoxy, Autocracy and Nationality. The essence of Orthodoxy is the construction of the “kingdom of God on earth,” in fact, religious communism, the life of a communal community according to conscience. Christianity has absorbed the Russian concepts of truth and justice, which may differ from the official law, becoming “Orthodoxy” - “Glory of Truth”. Nationality - the equality of all peoples, estates of the empire before the law, the absence of the elect. It is clear that this is an ideal to which one should strive; in life everything can be quite different.

It is to these great ideas, or, as they sometimes say at the present time, people strived for the “myths”, they were happy to live in such a mighty power, which has a certain “mission” on the planet. The Caucasus was annexed to Russia not only by force, but also on the basis of these mindsets. Russia carried the world — internecine wars, clan fights, invasions of great powers — Turkey, Iran — that killed Christians in the Caucasus region ceased. Most people became objectively better off living — cities, roads, schools, etc. were built. The era of the Great White Tsar carried stability, order, and the hope that the future would be even better.

But due to a complex of reasons, the Russian Empire collapsed. This was largely due to the fact that the ideas of Sergius of Radonezh were forgotten, Orthodoxy became a formality, having lost its fiery essence. The process of destruction of the foundation of the kingdom was delayed for centuries, but eventually led to its collapse.

The Bolsheviks tried to return the "big idea" to the country. But after Stalin, the idea of ​​"Red Kitezh" stalled. The Soviet elite could not adequately continue the work of the Red Emperor. Personal, clan, corporate interests turned out to be more important than the “common cause”.

The Caucasus only gained from the Soviet era - the population grew rapidly, the infrastructure improved faster than in other regions of the RSFSR. But during the years of “perestroika” and in 1991, the Caucasian regions were told that everything that had happened before was a lie and a deception. That is, the Russians, the people-foundation of the empire, for the second time in the 20 century, threw the "burden of the empire." At the same time, the Russian people themselves were rapidly being destroyed - from a warrior nation, a worker, a teacher, a creator, he turned into traffickers, drunkards, people without ideals.

The current attempt to stabilize the Caucasus, pumping it with money, is only a temporary measure. She is not able to keep the world for long. Consumer society will lose tradition and Islam. We need a new or modernized old “big idea” capable of returning the Caucasian people to faith in the Russian people. It should be noted that the words of Vladimir Putin about the “Eurasian Union” are the announcement of this idea.

At the present time, the ideas of nationalism prevail in the Caucasus - about the superiority of the Chechens (Ingush, Azeris ...) over the Russians, and radical Islam. A holy place is never empty. From here interethnic conflicts across all Russia. Prerequisites are being created for a war on a religious basis, following the example of the former Yugoslavia.

But one idea is not enough, we need a lot of work on the Russian people. Every Russian person should understand this - you need to be smart, strong in spirit and body. And not always whining hlyupikom. And everyone must contribute to the restoration of our people. It is impossible to build a “Eurasian Union” without the Russians becoming warriors, creators, and workers again. Only such Russians will be respected. Otherwise, in 20 years of collapse and idleness, you will have to answer with a lot of blood.