How do spy hunters serve? 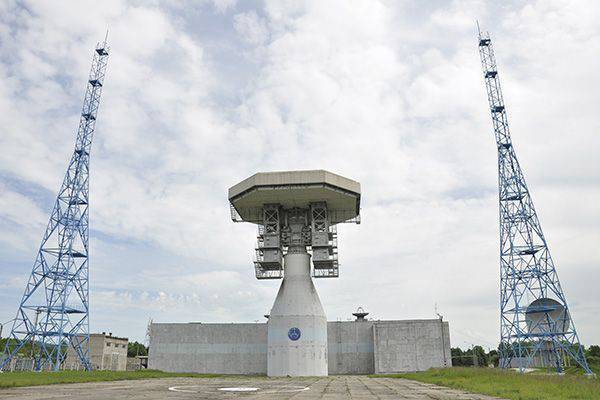 In Karachay-Cherkessia, in the vicinity of Mount Chapal, at an altitude of about 2200 meters above sea level, there is a unique military facility - the Krona radio-optical space object recognition complex. With it, the Russian military control the near and far space. The journalist of the Rossiyskaya Gazeta visited a specific military unit and learned how hunters of spy satellites serve and whether a UFO exists.

Two elbows on the map

However, it was not so easy to get into the military observatory. First of all, I had to straighten out the permission to visit. Moreover, the official request should indicate not only your passport data, but also the camera data: model, serial number, technical characteristics, and so on. Then, of course, I asked the special officer why this was necessary, and I received a very comprehensive answer: "In order to ensure national security. Service, you understand."

However, the real test was still to come.

According to the official address, the Krona space complex was located in the stanitsa of Storozheva-2, but there was no such settlement on either paper or electronic maps. For all search queries, the navigator showed only one small stanitsa, the Watchtower, lost in the foothills of the Caucasus Mountains. And in the village itself, in order to find out the way to the “Krone”, I had to take a “tongue” - ask the locals how to get to the unit. As landmarks, the villagers and children called the bridge, a store with a colored sign, abandoned sheds and to the question whether it was as far as the part, as if by agreement, answered: "Why, here side by side. Two cubits on the map."

Here is a sense of humor among the Cossacks of the North Caucasus ...

The “Betonka” winding among the fields and coniferous forest unexpectedly led to the checkpoint. The lieutenant on duty at the checkpoint explained the correct route for a long time, and then, apparently, after seeing my puzzled eyes, he said:

- Let me better draw a picture of how to get to the "cosmonauts". Not far from here ... Two cubits on the map.

I did not let the officer down and, of course, got lost. I drove first to the town where the families of the military live. Then, propelling among the horses walking along the road, landed in the location of the mountain brigade. By the way, mares and stallions that met on the way turned out to be military too - from the country's only equestrian platoon.

In desperation, I did not notice how, against the background of the blue mountains, the openwork constructions of snow-white antennas appeared. This was the Krona think tank - a computer complex and a command-measuring center.

At the top of Mount Chapal is a military observatory, the main link of which is a unique laser-optical locator (it will be discussed later), as well as several other objects for tracking space. However, the military site itself for astronomical observations is called the "edge of flying dogs." This is not a metaphor, but eyewitness testimony about the strength of the winds on Chapala. Officers say that once during the construction of an optical telescope a local dog blew here with the wind. They brought a few more, but all of them claimed. Perhaps this is an army bike, but the name stuck.

- The winds here are really very strong, but the days and nights are clear almost all year round. It is the features of the atmosphere that became the decisive factor in choosing the place for the future location of the Krona, - the deputy commander of the unit, Major Sergei Nesterenko, told me.

Construction of the complex began at the height of the Cold War in 1979. Then the arms race went into outer space: around three thousand artificial satellites revolved around the Earth. In addition, it was necessary to monitor the flights of a probable enemy ballistic missiles. The situation required urgent measures to create specialized means of controlling space. Soviet scientists have developed a complex that combines a radar station and an optical telescope. This design would allow to obtain the maximum information about the passing artificial satellites from the reflective characteristics in the radio range to photographs in the optical range.

Before the collapse of the USSR, it was planned to use MiG-31D fighter-interceptor fighters in the Krona complex, which were intended to destroy enemy satellites in near-earth orbit. After the 1991 events, space fighter trials ceased.

Initially, Kron was planned to be placed near the civil observatory in the village of Zelenchukskaya, but concerns about creating mutual interference with such close location of the facilities led to the relocation of the radio-optical complex to the Storozhna district.

Construction and commissioning of all facilities of the complex stretched out for many years. The officers of the Aerospace Defense Troops carrying the complex say that military builders performed a real feat when more than 350 kilometers of power supply lines were stretched in the mountains, more than 40 thousands of concrete slabs were laid, 60 kilometers of water pipes were laid ...

Although all major works were completed in 1984, the system was put into trial operation in November 1999 due to financial difficulties. Adjustment of the equipment continued for several more years, and only in 2005, the “Krona” was put on combat duty. However, the testing and modernization of the pearl complex - a laser optical locator - continues to this day. After all, technology and science do not stand still.

- At the top of Mount Chapal, the optical means of the system are located, and at the bottom are radar systems. The uniqueness of the "Krona" complex lies precisely in the fact that there is no other object in which the capabilities of optical and radar facilities would be concentrated in Russia, the deputy commander of the unit, Major Sergei Nesterenko, explained.

The control of outer space begins with the observation of the sky hemisphere, the detection of space objects and the determination of their trajectory. Then they are photographed, that is, they receive optical images, which allows to determine the appearance and motion parameters. The next stage of control is the determination of the reflective characteristics of a space object in the decimeter, centimeter and optical wavelength ranges. And as a result - the recognition of the object, the identification of its membership, purpose and technical characteristics.

Optical devices are located, as already mentioned, in the "edge of flying dogs", where the atmosphere is cleaner and where there are significantly more nights with a cloudless sky than on a plain.

The main instrument - an optical telescope with a highly directional blend - is located in one of the buildings in the tower with a white dome opening for the duration of its work.

- It is this telescope, working as part of an optical-electronic system, allows you to receive images of space objects in reflected sunlight at a distance of 40 thousands of kilometers. Simply put, we see all the objects, including diameters up to 10 centimeters, in near and far space, ”said Major Alexander Lelekov, the commander of the duty crew.

Near the telescope there is a structure in which the equipment of the passive autonomous detection channel (CAO) is located. In the automatic mode, it detects unknown objects in its region of the celestial sphere, determines their characteristics and transmits all this to the Center for Control of Outer Space.

At the foot of Mount Chapal is a computing complex and command and measurement center. Here is the second - radar - part of the complex. The radar station operates in the decimeter (channel "A") and centimeter (channel "H") ranges.

By the way, the ZIL-131 truck could turn around on the canvas of the channel “A”.

“The result is a detailed portrait of the space object in all the necessary ranges. After computer processing, the data goes to the Space Control Center in the Moscow region. There they are processed and entered into the Main Catalog of Space Objects, says Major Lelekov. “Now, only Americans have the opportunity to compile such an information base, which, in accordance with international treaties, regularly exchange this information. According to the latest data, more than 10 thousands of space objects rotate around the Earth, including operating domestic and foreign satellites. Space debris should be attributed to a separate category, according to various estimates, there are up to 100 thousands of different debris in orbit.

What are they dangerous?

- First of all, uncontrollability. Collision with them can lead to disruption of communication, navigation, as well as to man-made accidents and catastrophes. For example, a small fragment the size of which is just over one centimeter can completely disable any satellite or even an orbital station of the type MKS. But it is in space. And the possible consequences associated with the fall of space objects on Earth. For example, once a week an object larger than one meter in size leaves the orbit. And our task is precisely to anticipate such a situation, to determine with what degree of probability it will occur, where, in what area there will be a fall. We consider situations related to changes in the parameters of functioning, orbital characteristics, and dangerous approaches, daily.

UFO is not familiar

Accompanied by officers I pass to the holy of holies - the command post of the unit. I am immediately warned that photography is limited here. Categorically you can not remove the jobs of duty.

Everywhere impeccable cleanliness. Unlike modern films, where the military or scientists demonstrate the mass of all kinds of equipment and computers, the interior here is spartan and more closely resembles the 80's atmosphere. Karelian birch panels, bedside tables, desks, desk lamps, phones with a circular dial ...

On the walls are homemade visual agitation - hand-drawn posters about space forces, stories parts. Tables with calculations on which the readings of locators are recorded with chalk. In the operating room, where there are several officers on duty, in front of the tables there is a huge screen onto which the entire cosmic situation is projected. From the speakers come the command, clear only to military astrologers.

Only the Russian flag, portraits of the president and the minister of defense remind us of modernity. In the red corner - the icon of St. Nicholas.

“This was given to us by the local father when he sanctified the optical locator,” says Alexander Lelekov.

Immediately I remembered the ditties, which were sung in the 1961 year: "Gagarin flew into space - I did not see God." But, apparently, the times are changing, and there are no atheists among the military.

After observing the work of the crew on duty, I ask the question: do you believe in astrology and have you ever encountered unidentified flying objects at work ?. After thinking for a few minutes, the major with a smile, like that of Yuri Gagarin, said:

- Although I observe the stars and the cosmos, I don’t believe in astrology. I served in the army for many years, until “Krona” served on the “Pechora” and in the Moscow region, but I had never encountered a UFO. All objects that we observe are of reasonable origin.

July 10 military, who are watching the cosmos from the village of Watchdog-2, will celebrate the 35 anniversary of the formation of the unit. The first commander of a unique military unit was Colonel Valery Bilyk. The “Krona” complex, which had no analogues in the world, was created under the direction of Dr. Vladimir Sosulnikov, Doctor of Technical Sciences, Sergey Kuzenkov and Nikolai Belkin, Chief Designers. Transportation and installation of the telescope mirror in 1985 from Leningrad to KCR took a whole month. Data on space observations made with the help of Krona are classified.

Ctrl Enter
Noticed a mistake Highlight text and press. Ctrl + Enter
We are
Not a single satellite escapes from the “System of Control of Outer Space”The Ministry of Defense will test the Krona antisatellite complex
30 comments
Information
Dear reader, to leave comments on the publication, you must to register.