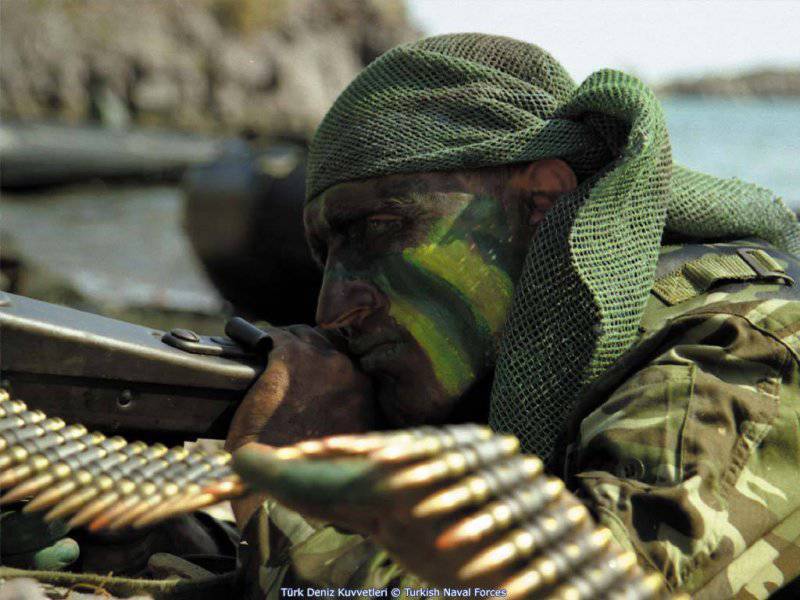 Turkey is practically the only state in Eurasia with a unique geopolitical position: access to the Balkans, the Middle East and the Caucasus. Turkey is washed by four seas - the Aegean, Black, Marble and Mediterranean.

Turkey is a member of NATO and the Council of Europe, cooperating in the military field with Israel.

The military doctrine of Turkey, which expresses the point of view of the state on the situation created in the regional and global space, an assessment of risks and danger, is decisive for the development of the country's military policy. 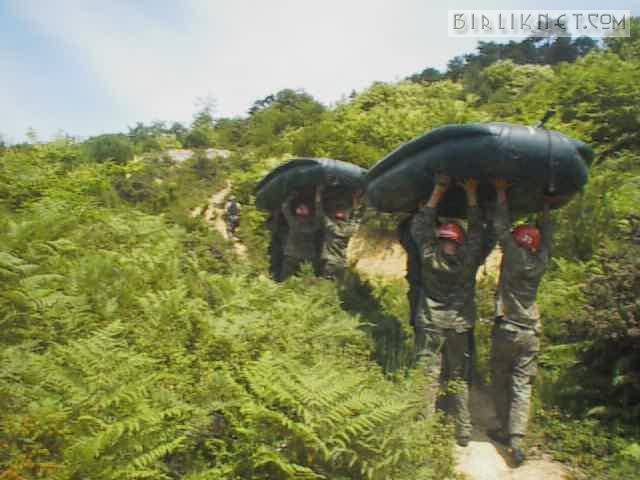 Special forces units in the structure of the Turkish armed forces have a special significance. They participate in fighting with Kurdish rebels. Soldiers of special forces are taking part in operations in adjacent territories - Syria and Iraq. In its composition, the special forces of Turkey has detachments of land and naval purposes. Their number is considerable - two brigades (in a brigade near 3000 fighters), and several detachments of different subordination.

Commando units participated in the fighting in Afghanistan as part of the Coalition forces.

The training of special forces soldiers is carried out under very complex programs, including mountain training, courses for fighting partisans, parachute training, and performance of combat missions in ports and water areas. The training program is similar to the commando training courses in the US and complies with the plans of the NATO command. The operational and tactical regulations of the Turkish military units correspond to the documents of the US units. The most prepared unit among the units of the special forces of Turkey is the special squad, subordinate to the general staff. This formation is known as the “maroon berets” squad (created in 1952 year). That year Turkey became a member of NATO. At that time, detachments began to form, intended to organize the partisan movement and carry out sabotage on the territory of the Soviet Union in the event of a military confrontation. Special Forces soldiers honed their skills in Korea. At the request of the Turkish authorities, American instructors from the Green Berets divisions trained soldiers of the special forces of the Turkish military forces. American mentors have trained more than 300 professional commandos for officers and sergeants. Emphasis was placed on the landing, light water training, as well as the ability to work in small teams.

Special Forces of the General Staff took part in operations in Cyprus (Turkish troops were deployed on the island in order to prevent Greece from attaching the island to its territory).

To date, the special forces of the General Staff performs operations in the territories of Iraq, Turkey and Syria. The essence of these operations is conducting reconnaissance on the territory of a probable enemy, carrying out sabotage, capturing the strategic objects of the enemy, carrying out anti-terrorist actions on its territory, creating a partisan movement and an agent network.

The structure of special forces units varies depending on the goals and objectives. In the detachment there are groups "A" (only officers are included) and "B" (officers and contract soldiers are included). The combat units of the “two” or “troika” conduct reconnaissance, patrolling and surveillance. Groups consisting of 5-7 fighters specialize in mountain operations. For large combat operations, groups are combined into more integrated units.

The composition of the General Staff special forces includes a unique unit - the elite among the best. They are about 100 people and each has additional training that allows them to operate effectively both on land and at sea and under water, they also have the ability to control helicopters and airplanes. 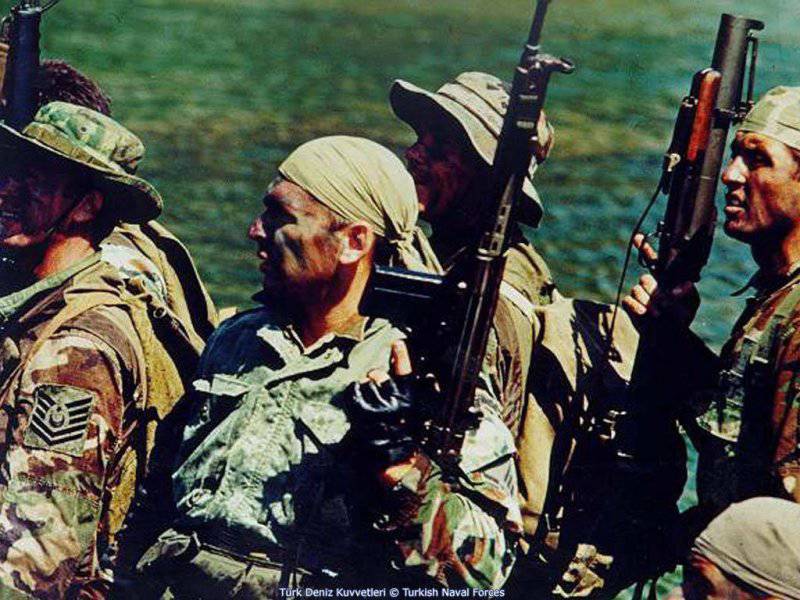 The selection of this elite squad is very strict: it can only include officers and sergeants who have impeccable 3-5 summer experience. Candidates undergo extensive testing. For example, a soldier is planted in a mountainous area without provisions. He is faced with the task of getting to the control point in a timely manner. Often, in order to complicate the task, the subject is given incorrect coordinates in order to assess the psychological stability of a warrior and his physical training in an extreme situation. After the end of the qualifying stage of verification, the candidate passes an assessment of intellectual and physical qualities.

The training course lasts more than two years and includes training in the skills and abilities required to successfully complete any command assignment.

Special attention is paid to the future special forces' language training: he must know at least two foreign languages, including one of the eastern languages ​​(Chinese, Farsi, Arabic). 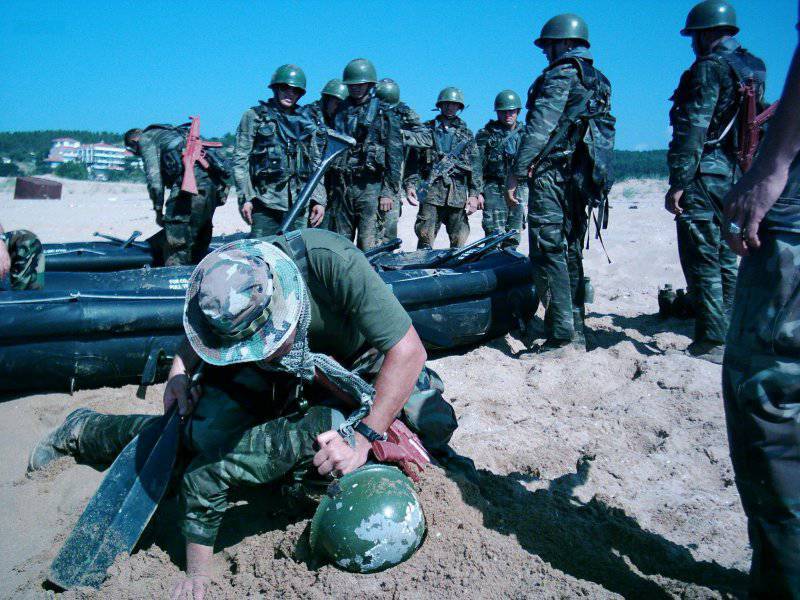 The period of the most significant actions of the special forces can be called the nineties of the last century. More than hundreds of operations were carried out against Kurdish rebels and their bases located in southeastern Turkey and Iraq. The Kurds suffered heavy losses, but the special forces also had a hard time. Kurds are serious opponents: they are well oriented in the mountains, have the skill of guerrilla warfare. But the methods used by the special forces: reconnaissance and guidance on the Kurdish bases aviation, the ambush, the dissection of large detachments of militants and their destruction separately, the joint operations of commandos and gendarmerie units, allowed the Turkish authorities to achieve maximum results in the fight against the opposition Kurdish workers' party.

In 1998, Turkey blamed Syria for harboring Kurdish militants. Brewing military conflict. More than 50 of thousands of soldiers, including commandos, were drawn to the border. But even before the conflict entered the stage of military confrontation, units of the Turkish special forces were deployed to Syria. They constantly monitored the actions of the Syrian side, and the special forces were working in the form of the Syrian army or were changing clothes to local residents. The military advantage was clearly on the side of Turkey. Many countries (Iraq, Libya, UAE, Lebanon) have declared their support for Syria in this conflict. Thanks to the diplomatic negotiations in which the Egyptian President and the Minister of Iran participated, it was possible to reach agreements satisfying both parties to the conflict.

The special forces detachments of the Turkish General Staff conducted successful operations to eliminate the leaders of the Kurdish workers' party and destroy warehouses with weaponslocated on the territory of Iraq. 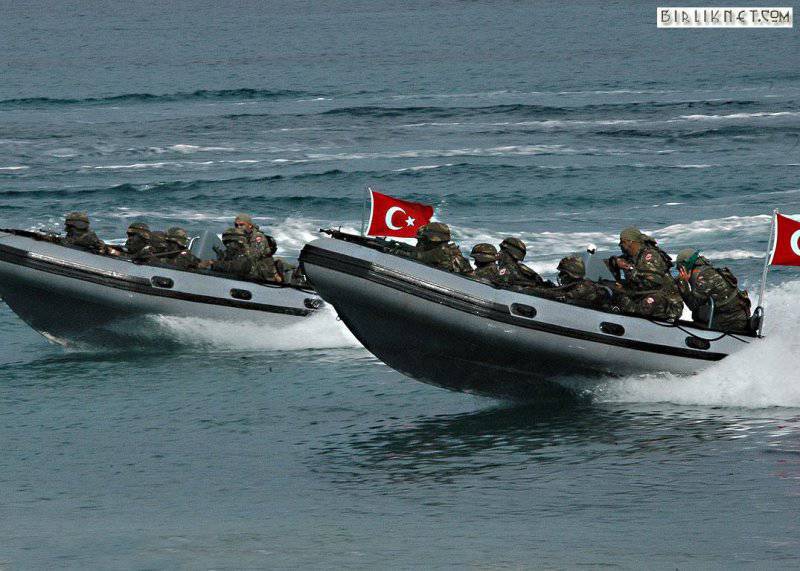 It was the “maroon berets” that carried out an operation to seize the Kurdish leader Ocalan, who was hiding in Kenya. The seizure of the leaders of the Kurdish movement has significantly weakened the position of the Kurdish workers' party.

Over time, the tactics and methods of combat special forces change. For example, in Afghanistan, a massive bombardment is carried out before the seizure of fortifications, and then a group of commandos disembarks. A plan for mining trails in the immediate vicinity of the militant bases was also applied. Disguised as Kurds, the Special Forces fighters managed to conduct reconnaissance in close proximity to enemy bases and points.

Turkish commando reconnaissance teams have perfected their ability to ambush.

For example, the participation of Turkish special forces in operations conducted in Bosnia was not advertised anywhere. The detachments carried out the seizure of people, according to the claims of the Hague Court, and also conducted training for the army of Bosnia.

In Afghanistan, the Turkish special forces fighters took part in the seizure of cities and fortified objects.

During the US and British invasion of 2003 in Iraq, Turkey, using sabotage and reconnaissance groups, attempted to organize a fight between Kurdish organizations in order to get a pretext for the introduction of a large Turkish military group into the territory of Northern Iraq. The provocation failed due to timely US intervention. 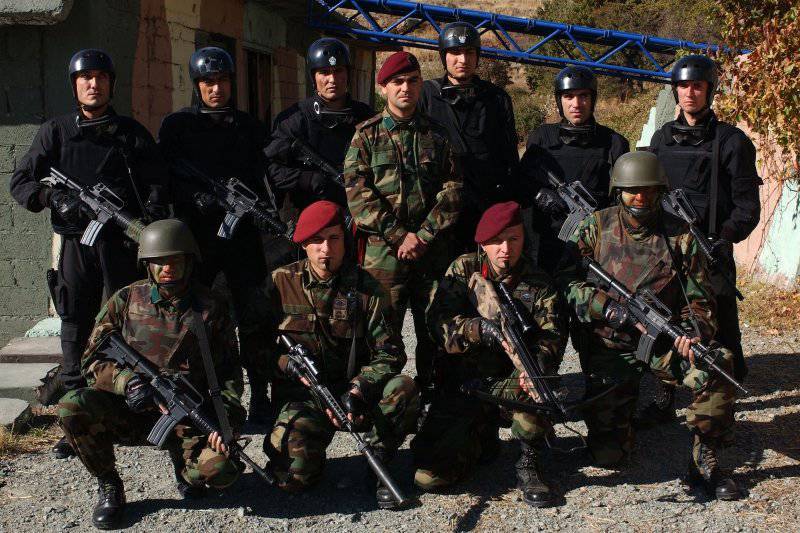 Turkey, having access to several seas, pays great attention to the training and technical equipment of marine special forces. The task of the fighters of these units is to conduct reconnaissance and sabotage operations in the coastal areas and areas of the enemy, and protect their strategic facilities from the sea. The Navy commando consists of a brigade of marines and special forces fleet.

Training of fighters of sea special forces is carried out by instructors of the American army. The requirements for candidates for inclusion in the group of training were tough: not to be afraid of water and explosives, not to suffer claustrophobia, to show excellent results in swimming and running, to have physical endurance, emotional stability, the ability to think calmly in emergency situations, to have agility and aggressiveness, and the main thing is to be absolutely committed to your country.

The fighters of the naval special forces have the skills to work with any underwater equipment, landing techniques, methods of sabotage, underwater demining, and they have undergone a course of diving mining and parachute training. The cadets worked out the techniques of covert penetration into enemy territory, methods of creating shelters and the use of camouflage, as well as the ability to survive in the most extreme conditions. Particular attention was paid to the training of work under water at different depths.

Turkish swimmers are subordinate to the command of rescue and underwater operations.

In Istanbul, there is a training center that trains combat swimmers. She releases 50 fighters annually. The program consists of a familiarization course on all naval operations (5 weeks) and the following phases:
- General combat training (9 weeks);
- combat training (8 weeks);
- land combat (9 weeks);
- amphibious training (3 weeks);
- the study of technical means (2 week);
- training in the structure of combat platoons (18 months);
- medical training (30 weeks);
- Practice in the combat units of the Turkish army.

But fighters of the sea special forces also have the ability to act on land. These units participated in the Cyprus conflict in 1974 by capturing and patrolling the coastline.

They account for the underwater landing on the island of Imia during the conflict with Greece, participation in clashes with Kurdish rebels in Northern Iraq, the evacuation of Turkish citizens from Kosovo, the capture of drug dealers in Anatolia.

The Turkish command perfectly understands the importance of reconnaissance and sabotage units for the successful execution of military operations both in their own and in a foreign territory.

We are in Yandex Zen
Brazilian Commandos
Special Purpose Triathlon 2012 Competitions
6 comments
Information
Dear reader, to leave comments on the publication, you must to register.