October 22 2011
21
The last "fifty-fifths" were removed from combat duty only a year ago. The brilliant tank, the brilliant designer Leonid Kartsev, was adopted on the eve of Victory Day - May 8, 1958, and for more than 50 years, faithfully served the Fatherland. Latest Russian Tanks T-55 were taken out for disposal from the islands of the Kuril ridge. About this photo report of a professional Siberian photographer Shapran:
The ship goes to the islands and collects weapons. Our weapons. Ammunition and equipment are sent to the mainland and new ones are brought in to replace them. Looking at the multi-ton fighting vehicles, which in a couple of months will get to be melted down is painful and offensive. Giving into private hands of military vehicles will probably not be soon. But, honestly, the first technique that I would get for traveling in the tundra and mountains, or simply - I would drive around the village - it would be a TANK. The shooting was made on the instructions of the Russian Geo on the island of Kunashir. 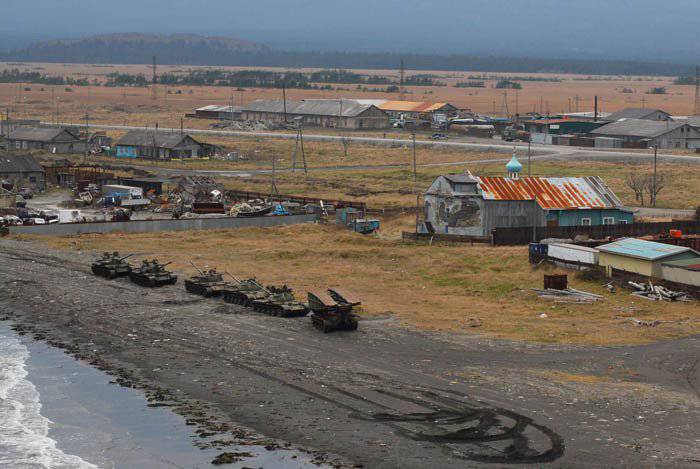 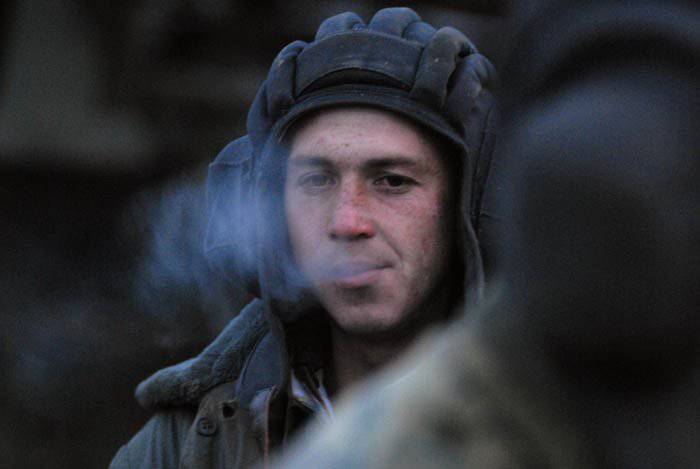 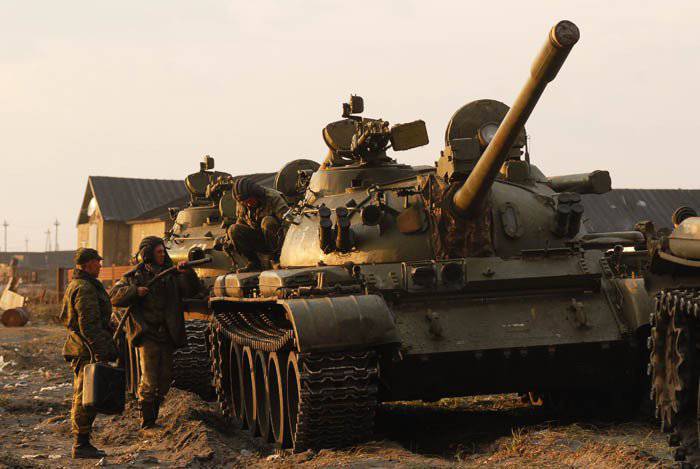 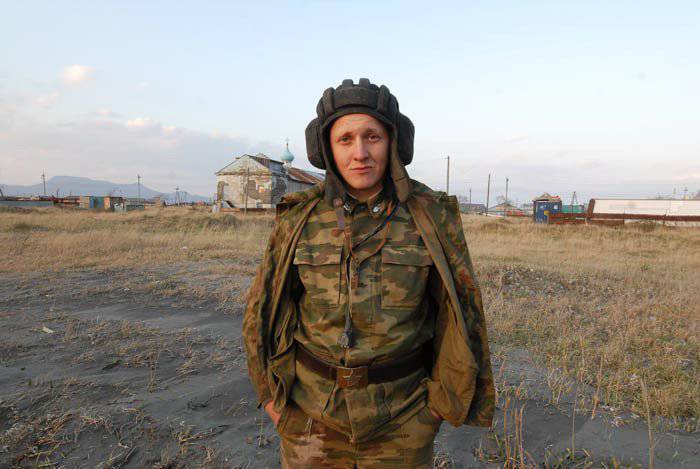 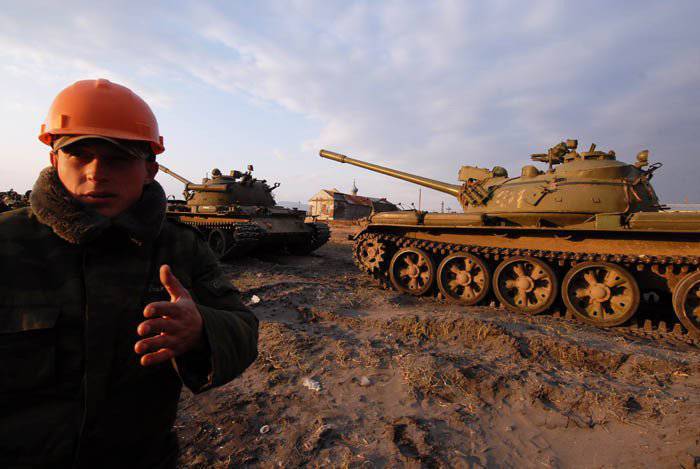 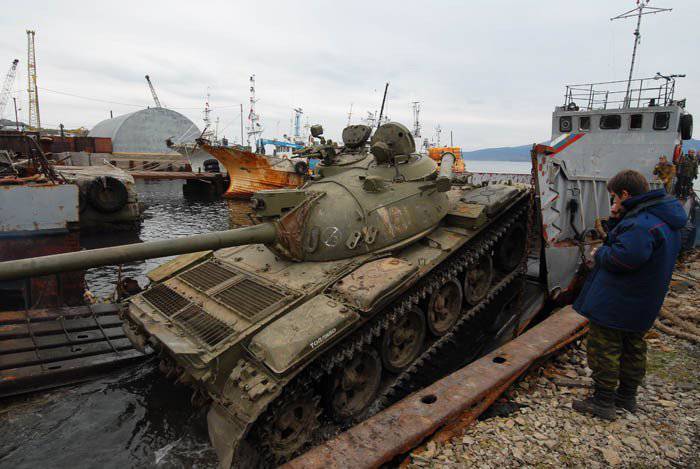 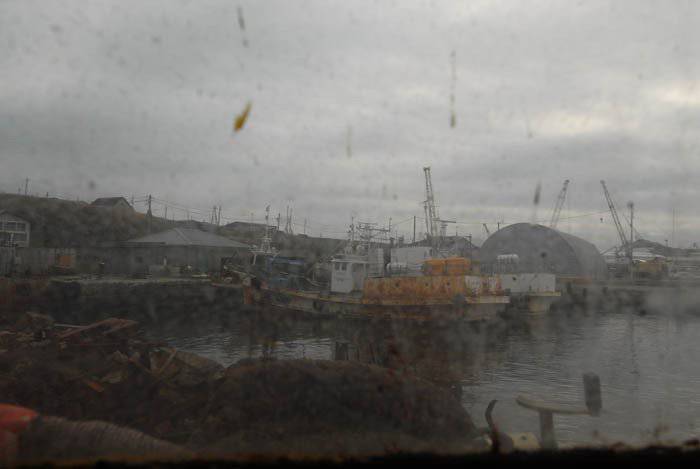 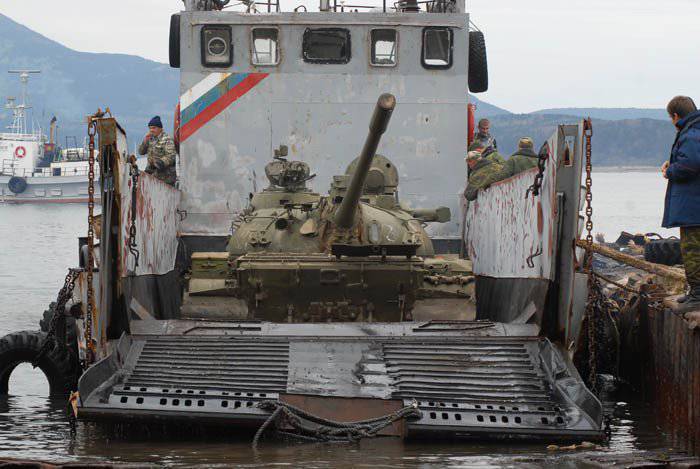 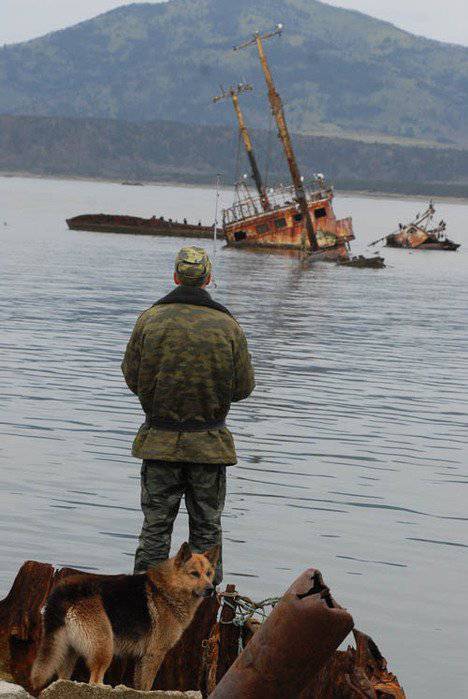 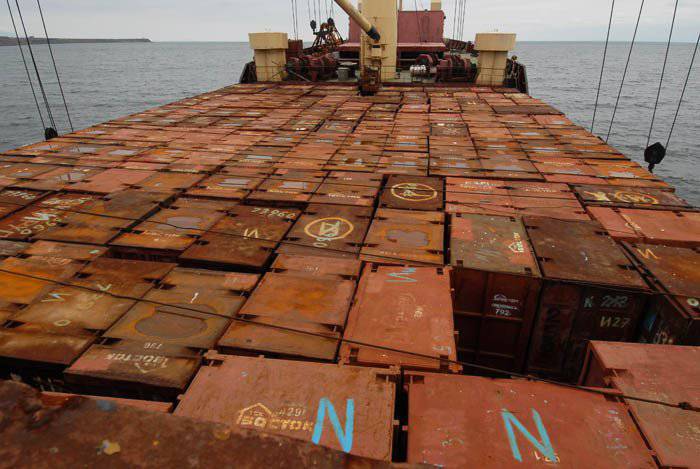 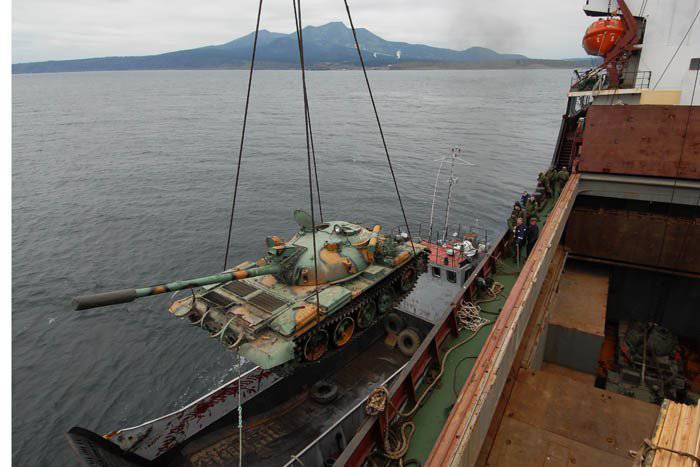 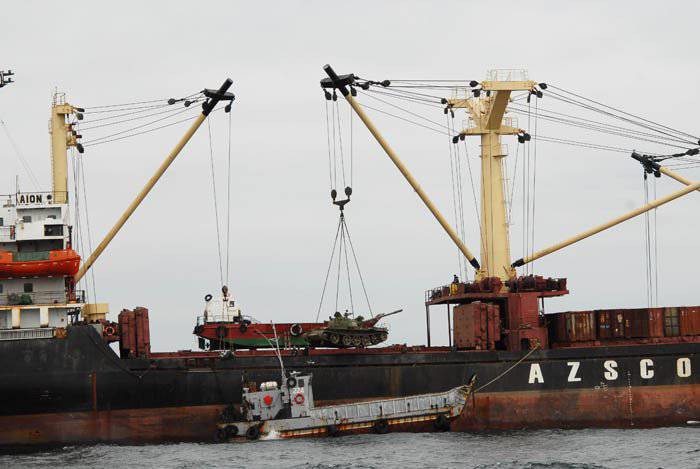 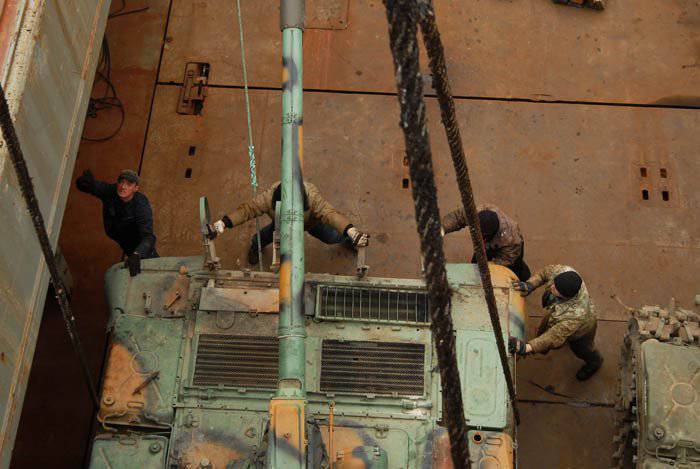 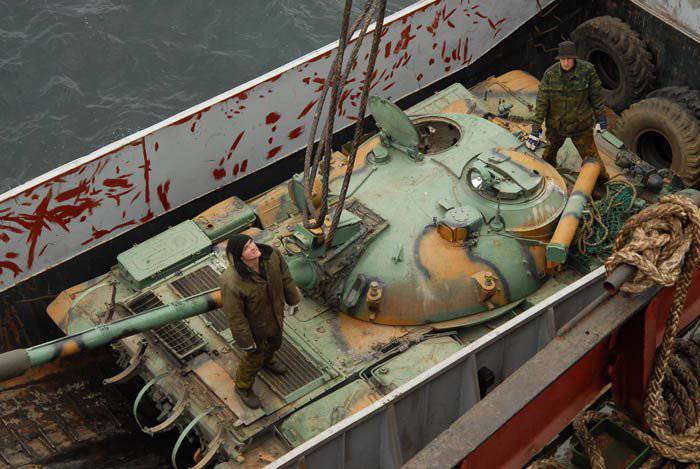 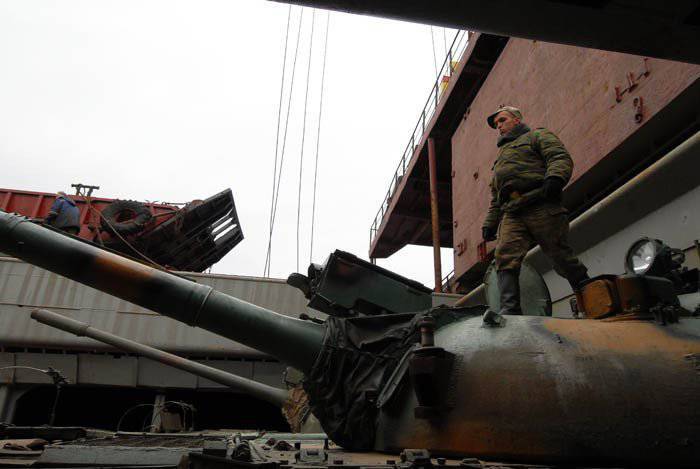 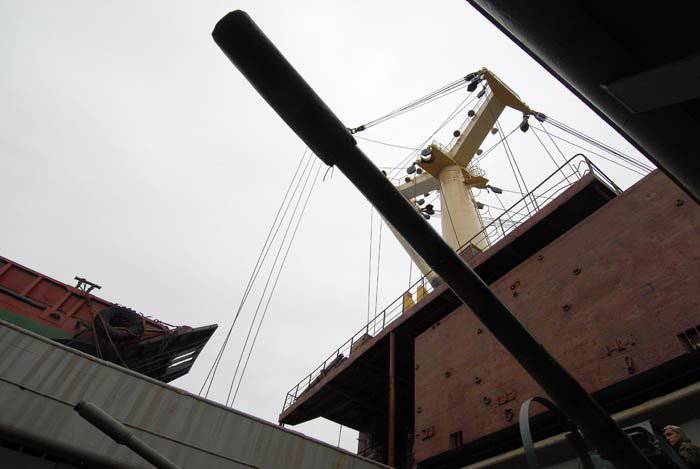 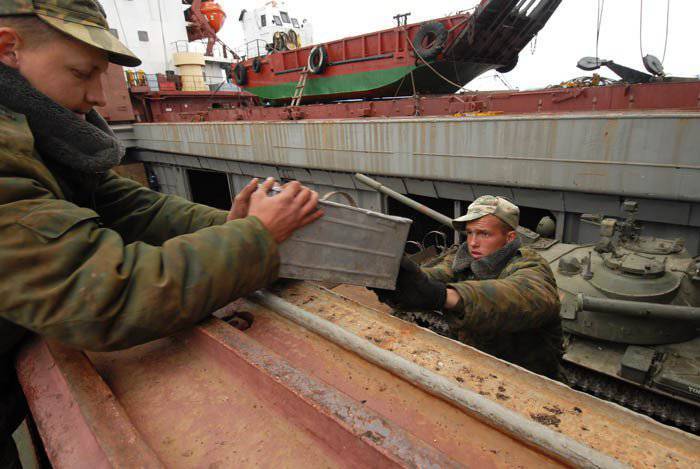 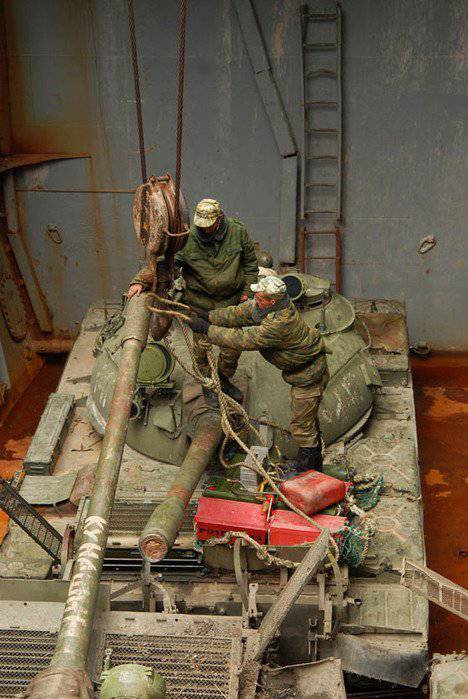 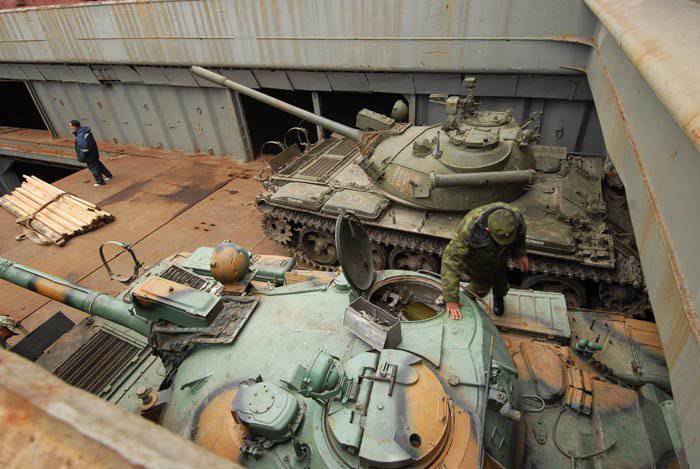 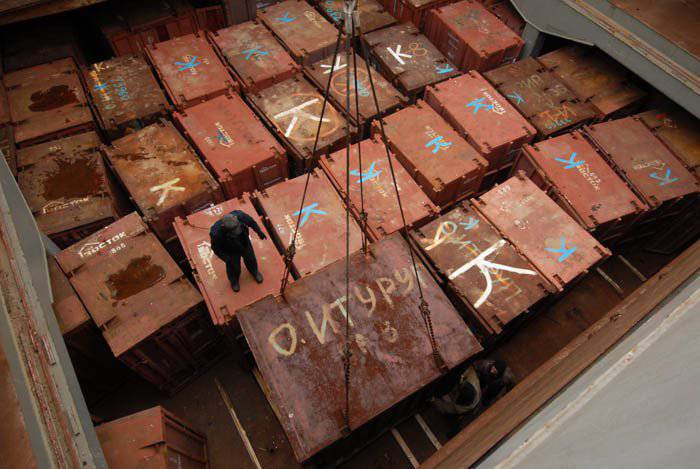 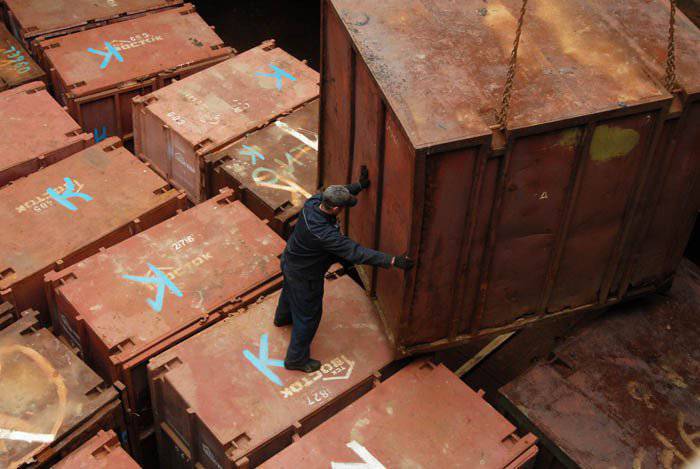 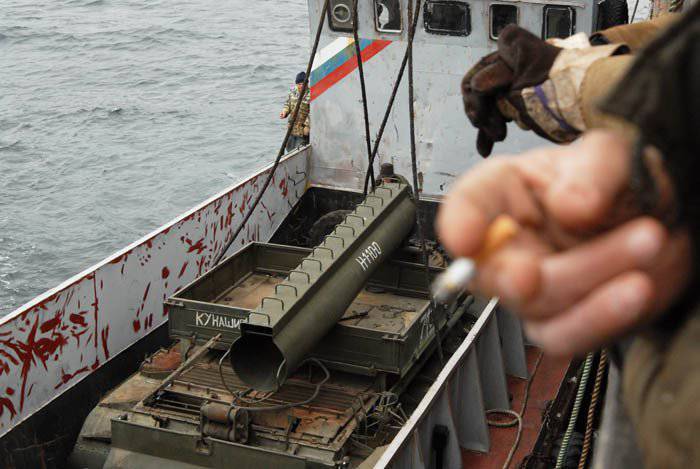 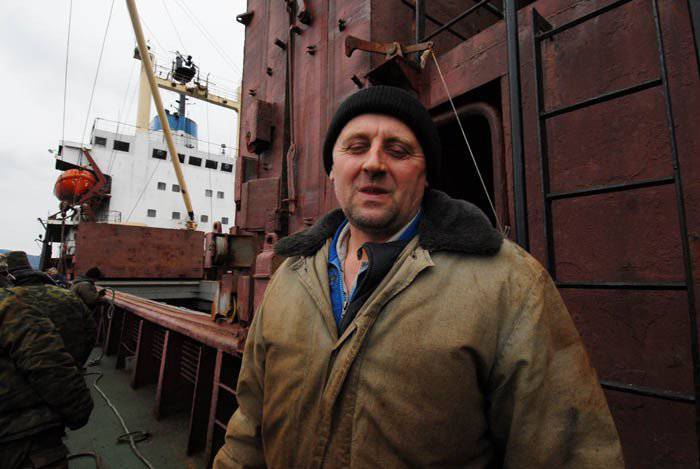 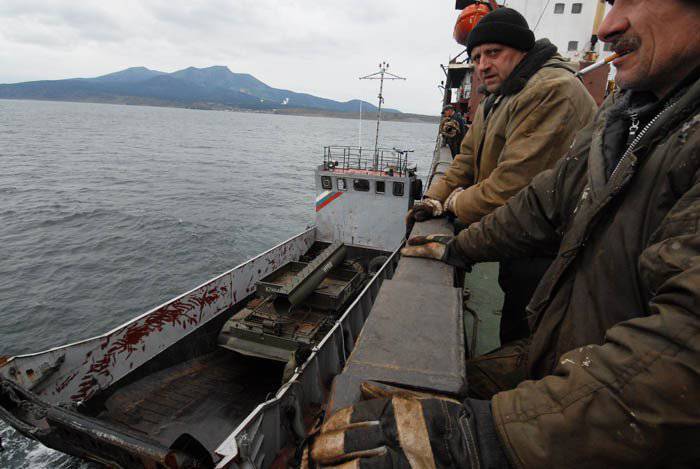 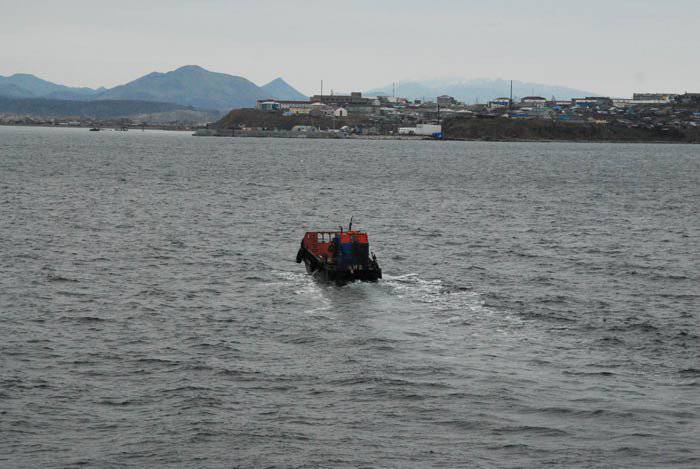 In general, for the defense of our Far Eastern islands, the T-55, I believe that it was perfect - the powerful 100mm rifled gun, the D-10Т2С, had a good high-explosive fragmentation projectile, fired at good distances and more precisely than modern smooth bats. Equipped with a laser range finder, they were the perfect "killers" of enemy landing craft. At the same time, they had a sufficient level of protection, quite adequate for a given theater of operations, and mobility. As you can see, in spite of its unattractive appearance - all cars are on the move. This is facilitated by unpretentious service and excellent reliability. All the machines in the so-called "atomic" performance of the late production series of the Omsk plant - they have enhanced protection against weapons of mass destruction - very important in the light of the events at Fukushima ... The main thing is that the T-55 tanks were provided with a fleet of auxiliary and engineering machines on a single unified platform - what is fashionable now, in 1950, it was just logical. In the photo, in addition to the tanks proper, we see the MTU-20 bridge laying machine and the BTS-4 tractor. In the modern Russian Army there are no more bridge laying systems - the MTU-72 and MTU-90 bridges developed on the chassis of the T-72 and T-90 tanks have remained in single copies (at the request of the "friends" from NATO, Mishka-tagged turned off the newly started release of the MTU -72, and the army of the Russian Federation already did not care about them). Also in the modern army of Russia there is a shortage of repair and evacuation vehicles - late with the release of the BREM-1, we could not fill them with sufficient numbers of Ground Forces - therefore, even now, in units equipped with T-72 and T-80 tanks , the BTS-4 tractors created on the basis of T-54 / 55 / 62 regularly serve. Russia bid farewell to the T-55, but these tanks are still very popular in many countries - now we can see them in reports from the same rebellious Libya. It seems that T-55 will not leave the scene in Africa, South America and Southeast Asia for a long time.

We are in Yandex Zen
Photo report from MAX 2013 (Demonstration Flights)
Joint Russian-Belarusian operational exercises "Union-2011 Shield" at the site of the 185-th center of combat training and combat use of the Air Force "Ashuluk" (photo)
21 comment
Information
Dear reader, to leave comments on the publication, you must to register.