Reflections of a young pensioner (about drugs and not only)

October 18 2011
10
Reading the comments and articles of the site, I found that there are people (and many) who really perceive what is happening in the country. From myself I would like to add some nuances of my own feeling of the situation.


Let him write a little confused, but maybe I will convey my thoughts to someone who agrees. Or will not agree, and constructively explain to me that I'm wrong. Probably, quite often I will jump from the topic of drugs to "not only", therefore I ask you not to judge strictly. 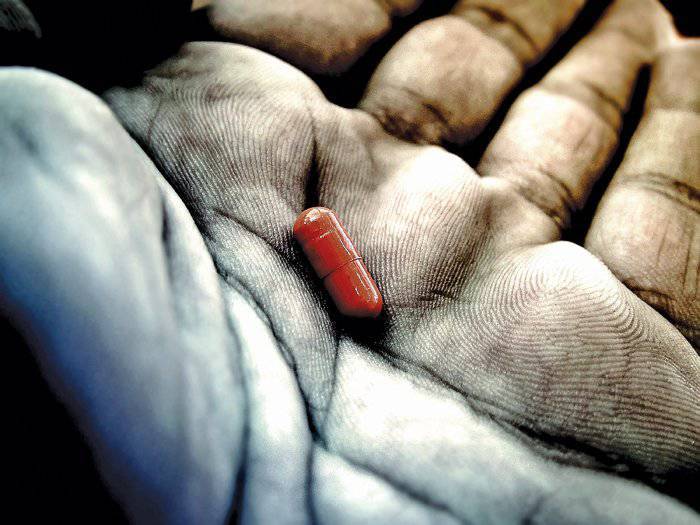 I don’t remember when I first heard the words "drugs", "drug addict" ... After the first views of the films "The Abyss" and "The Pirates of the Twentieth Century" did not understand the sense of joy of the criminals who became the owners of morphine and opium cargo ... But already in a conscious Aged was reading “Plaha” by Chingiz Aitmatov and was very impressed. I’ll make a reservation that I grew up under the Soviet empire in Leningrad-city, was an Oktyabr and a pioneer, but by the Komsomol age I somehow began to filter information received from outside, read out-of-program works, more often come across "non-format" phenomena and people. When I still wanted to become a member of the Komsomol - they didn’t take it, when they began to persuade us to join - I referred to the “palitiche nezreleost.” However, I have no doubt that “Homo soveticus” remained. True, the latest version.

I already wrote earlier in my comments that for the peers of my circle, drug addicts were perceived approximately as aliens. Many of us went in for sports - I, among other things, read a lot, went to theaters, museums, went to pioneer camps in the summer, and spent time with our parents on holidays in various resorts of the Soviet Union. That is, did not suffer from idleness. In fact, the Soviet system was aimed at ensuring that the minimum number of citizens had free time to think about something other than building the material basis of communism. I repeat again, but now, assessing the narcotism of that time, I can write the following. The situation in society did not contribute to the mass intake of psychoactive substances. There were quite separate social groups that traditionally indulged in the “expansion of consciousness”. They are Bohemian representatives of both near-political, technical, creative, and medical (morphine, cocainists), Bohemian children (except for the majority of so-called “majors”) and who joined them, opposing themselves to their parents and the scoop in general (became the backbone of the youth System "); and, of course, criminals (above all, “thieves” and “thieves”). Young people and criminals used “everything that brings down feet”, that is, cannabioids (in the sense of cannabis) in all forms, opiates: codeine (which, by the way, was sold in pharmacies without a prescription for cough medicine), handicraft acetylated opium, “ khanka from poppy and its straw; and also handicraft psychostimulants prepared from ephedrine (“jeff” and “screw” - terminological variants are possible). Of course, not all representatives of these social groups have used drugs. Thus, the average “loyal” Soviet “worker” or “employee” chance of contact with a drug dependent person was minimal.

All categories of Soviet citizens who used drugs, of course, faced by law enforcement officers. But this system for the majority of citizens was completely closed and did not share its secrets. Let me remind, by the way, that the confirmed fact of using a narcotic drug was regarded in the judicial practice of the USSR as the acquisition of a drug without a sales target and such an act was subject to criminal punishment as a socially dangerous phenomenon alien to the spirit of the country of developed socialism. There was a clear, though punitive, anti-drug policy of the state. And the state, as a whole, dealt with this evil.

And now, for example, the prosecutor's office does not consider drug possession without a sales target to be a socially dangerous act. Moreover, let us pay attention, the prosecutor's office is stuffed with young people of semi-poker appearance, and having only a “diploma” (and not always) attitude to jurisprudence. What do they know about the problem? Yes, not a damn bald one (recall the recent situation with a pedophile, whom the prosecutor’s office, after the rape of a juvenile girl, advised the police department to “interrogate and release” - still the people would not be enraged and did not want a pedophile to lynch). They also want to know nothing. By the way, employees of the prosecutor's office and the IC are judged in our time and, which is typical, mainly for sexual crimes. When you start asking, you know where the addicts take money for heroin (about 1,5-2 are thousands of dollars a month with the current low content of diacetylmorphine in the substrate and a high price). Do not know. You begin to explain that 85-90% of property crimes are committed by drug addicts (theft of car stereos, tire wheels, mirrors, janitorial brushes, pickpocketing, burglary, looting and robbery in doorways and apartments, etc.), and in response only round eyes: true? So much for the lack of public danger. And the courts (although mostly in megacities) are sentenced to suspended sentences for drug possession.

But I got a little distracted. When the collapse of the Union began, a huge number of people were left behind and rapidly impoverished. Not only was the people robbed financially, they were also robbed spiritually. And nature does not tolerate emptiness. Then take and crash the "iron curtain". Afghan heroin has poured into the illegal market. It became so accessible that the need to cook the same Khank-Chernyag was practically eliminated. The older generation preferred the good old alcohol of various qualities, and at once young people who did not need them (in any case, those who did not have an inner core or lost it) left the opiate euphoria from reality. Moreover, the West really needed to trample the wounded country. And for this there was a lot of effort. Recall what a huge number of all sorts of "preachers" spread across the country, like typhoid lice. Explicit ideological diversion. The task is simple: pull off the maximum number of citizens, turning them off from social life, to zombie, rob, subdue spiritually. All — Ready Canned Residency. Activated all sorts of "human rights" Christian public organizations with muddy sources of funding. From the same series, all sorts of "anti-drug" funds, operating through Western grants. They have a significant amount of information about the number of drug addicts, their age and social affiliation, but also about the relatives of drug addicts and their social status, etc.

Of course, what I am writing about mainly concerns the illicit opiate market. It is people who suffer from opiate addiction that are more dangerous for themselves and others. They are the most criminal contingent. That is, the thieves, robbers, robbers and street prostitutes. Let's try to analyze what work our state is doing with this category of citizens. Let us compare it with Europe and its methadone program (I in no way try to advertise and propagate it, since it is far from ideal — just the majority of our citizens do not even imagine its meaning). The essence of the methadone program in general is to ensure that a person suffering from opiate addiction voluntarily becomes registered in a specialized medical institution and the police as an addict. And he receives free of charge from the state the drug in the quantity necessary for the relief of withdrawal symptoms, taking into account the growth of tolerance. In addition, a mandatory medical examination, receiving the necessary treatment and. etc. Naturally, a person registered as a drug addict cannot be employed in the civil service, run for elective office, etc. But at the same time, it is not necessary to commit crimes in order to raise funds for the purchase of drugs. However, the level of social rehabilitation of such citizens leaves much to be desired. In our country, there is a complete lack of social rehabilitation in general. Drug treatment clinics and offices in practice are not prevention and rehabilitation facilities, but rather registering ones. And why should an addict go there, if they still don’t help him there? Thus, those who have money go to private (illegally practicing) or municipal clinics and, if there is a desire to “tie out,” have a stable remission. And those who have no money, continue to roll, die and go to jail. Recently, I accidentally turned on the TV and heard that a flourishing and relatively young man from the deputies’s corps expressed the idea that, they say, there is already a special service of the appropriate focus (Federal Drug Control Service), so let her deal with this issue. Do you remember the LTP and the psychiatric hospital of the Ministry of Internal Affairs, so is it there again?

A seditious thought creeps in that this problem does not interest the authorities. Federal anti-drug programs are profane and budget-intensive. The whole fight against drug trafficking is a fable about a swan, cancer and pike. Smacks of genocide.

The legislatively enshrined and materially secured possibility of undergoing treatment and rehabilitation of drug addicts on the basis of state medical and preventive treatment institutions as an alternative to criminal prosecution.

Yes, only we have the Olympic Games, the football championships ...

We are in Yandex Zen
What you didn't want to know about England
How can Russia survive and win in the 21st century?
10 comments
Information
Dear reader, to leave comments on the publication, you must to register.